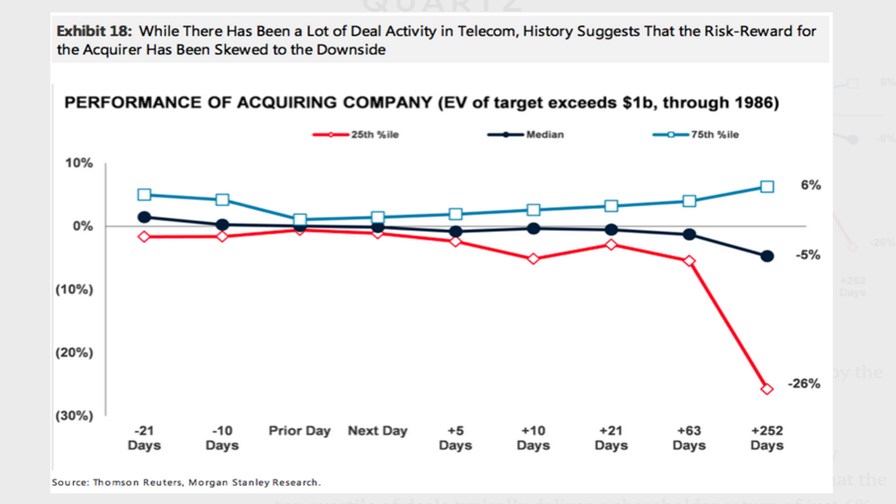 The idea that just about all takeovers and mergers are a loser’s game and end in, at best, qualified failure is not a new one.  Study after study over the past few decades has showed that shrunken enterprise value,  low performance and general disaster all too often attend an acquisition or merger.

Morgan Stanley Research (see chart above) has calculated the performance of telecoms industry acquisitions worth more than $1 billion since 1986. Things don’t look good for the consolidators. The top quartile of deals typically deliver a shareholder return of just 6 per cent it claims. The bottom quartile however, is disastrous, typically returning negative 26 per cent.

So, as my mother is apt to say of inappropriate clothing and imminent wardrobe malfunction: “Why do they do it dear?”

In the case of companies, mergers are often put into motion when the only alternative is medium-term decline, so what we’re sometimes watching is the coming together of two losers in order to make a bigger loser.

So will looming telecoms consolidation in Europe add to, or subtract from, the sum of human and corporate happiness?  If the past is our guide…  we’re not sure.