Home phones are left off-hook as users fondle their mobiles 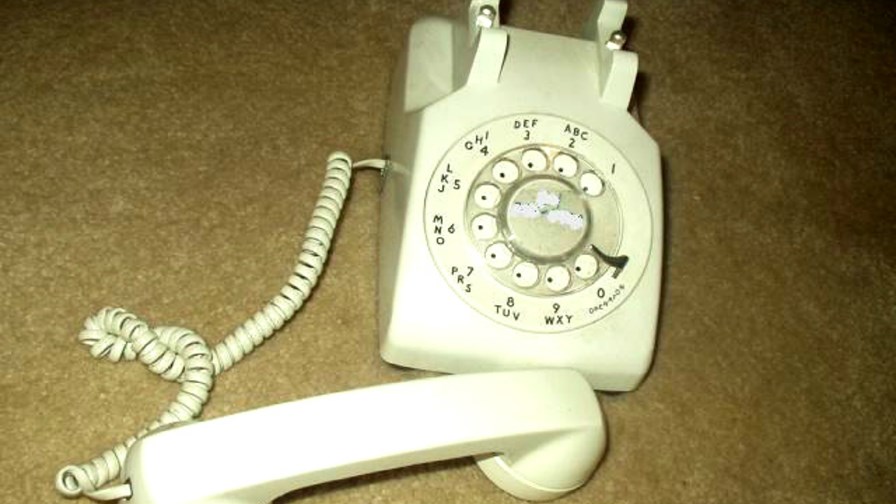 BT has announced it is intending to trouser an extra £120 million a year from its hapless customers by raising its line rental charge, turning the spotlight again on the status of the ‘old’ fixed phone which still comes along - like a techno appendix - as an  inseparable part of any broadband deal in the UK.

One question might be, in the age of WiFi calling and near ubiquitous smartphone ownership, shouldn’t customers be offered ‘naked’ DSL if that is their wish and, if so, should there be a bit of a reduction in the line charge?

Up until recently such a change wouldn’t have been welcomed by either incumbent or competitive player. The phone service you might persuade many customers to take along with their broadband (or vice versa) was a very important component in the revenue mix.

But gradually there are signs that the cost of maintaining an analogue phone network is outpacing the revenue and other advantages to be derived from it as digital households become more prevalent and home phone use becomes lower.

That’s leading many wireline telcos to start talking about ‘retiring’ the old analogue phone network and substituting it with VoIP into the premises. Most recently BT itself was thinking out loud about this inevitability and the necessity of preparing the ground for it.

That’s not to say that the line rental would or should be affected by such a move - it is, after all, a rental for the line itself, not necessarily a rental for the telephone service which, if used vigorously, can wash its own face revenue-wise. The ‘problem’ is that it’s increasingly not being used vigorously so is therefore in danger of becoming a cost anchor for the service provider.

Hoping to make some marketing capital from the BT move to up its line rental, London wireless access provider, Relish has been highlighting the rate rise as one more reason to take its LTE-based wireless access service (‘no underlying line rental charge and no annoying phone calls - you don’t need a fixed phone’, is the gist).

It has been conducting some research to press home its case. It says it found that 35 per cent of UK subscribers ignore their home phone when it rings, assuming it’s a sales call.  And, it says, at least a quarter of people don’t even know what their home phone number is in the first place.

Possibly true, but then I suspect a high percentage of people couldn’t reel off their mobile number either (me included) since the wonders of the digital world means one ‘touches’  a name rather than dials a digit.

The ‘ignoring the phone ringing’ figure is interesting. I make a point of not telling anyone my home number unless it has been demanded for some administrative reason so am fairly sure that any call I get in the early evening is a sales hopeful. I usually leave it to ring.

My colleague Martyn Warwick is more robust. Despite being on a ‘don’t call’ list which is supposed to weed out the dreaded ‘have you got a moment’ calls, the  occasional miscreant gets through to the Warwick household as dinner is being served. Martyn shouts down the phone in anglo-saxon and then blows an extremely loud whistle.  Martyn’s once a year caller, Aunty May, is on the mend now…  thanks for asking.  And he does know his home number.