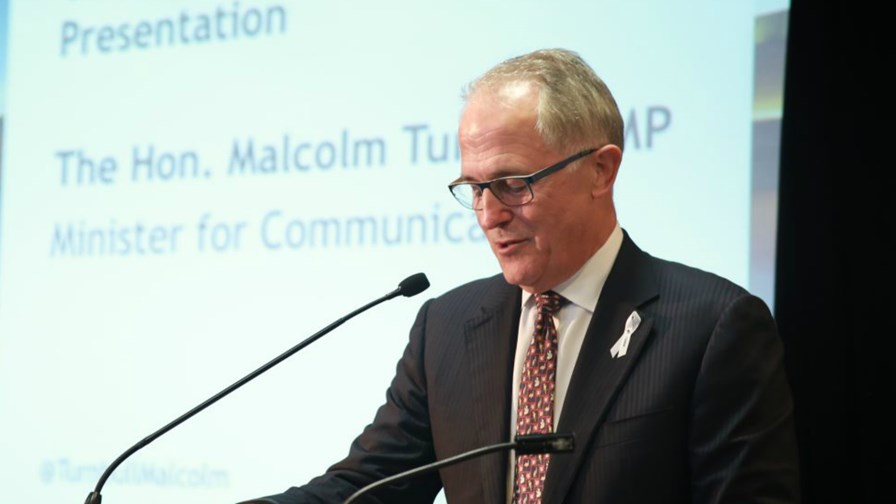 Australia may have just elected the world’s first real comms/IT premier in its new Liberal Party prime minister, Malcolm Turnbull. In a (as far as we know) bloodless coup Turnbull was voted into the top spot just hours after resigning as communications minister.

In other parliamentary democracies it’s more usual for a new leader to vacate a finance, foreign or internal affairs portfolio to supplant the leader, but in Australia communications issues have been in the spotlight for several years as the country has adopted an ambitious NBN (national broadband network) scheme which has turned out to be a political hot potato of the first order.

Australia’s NBN (we hope to be writing more on this next month) envisaged structural separation with a lower wholesale  infrastructure layer and a separately functioning set of service providers, as the best way to bring broadband to people scattered over a huge landmass at reasonable cost.

Fiery political debates over technology approaches and ownership structures ensued and continue as the build-out progressed.

Turnbull’s deft hand had seen him steer the NBN through choppy waters during his time at the communications ministry. Before that, his colourful and diverse career (no identikit politician he) has included time in the ISP business and, as a lawyer, representing UK ‘Spycatcher’, Peter Wright, back in the 1980s when his ‘Spycatcher: The Candid Autobiography of a Senior Intelligence Officer, was to be published in Australia and caused the UK government to attempt to halt the book to stop embarrassing spying beans being spilt. Thanks to Turnbull HM govt. lost that action, but Turnbull went on into politics to rise to the very top.

Yesterday, as if to prove his technological chops, Turnbull actually mouthed a phrase in his victory speech which included the words “agile, innovative and creative” and could therefore have graced any communication conference address.

According to Ovum’s Al Blake, Australian Government Technology Principal Analyst, “When the incoming liberal government inherited the ‘Labor NBN’, after months of trashing it as a ‘massive white elephant’, it was a political imperative to promote a different approach – resulting the mixed-mode delivery model pushed for the last two years against the advice of many in the ICT industry.”

However, Blake thinks it’s uncertain just how strongly Turnbull supported his colleagues’ approach. Now Australia might be about to find out.

Says Blake: “Having someone with an understanding of technology at the highest position in government cannot be underestimated.”

The transition from 4G or 5G NSA to 5G SA