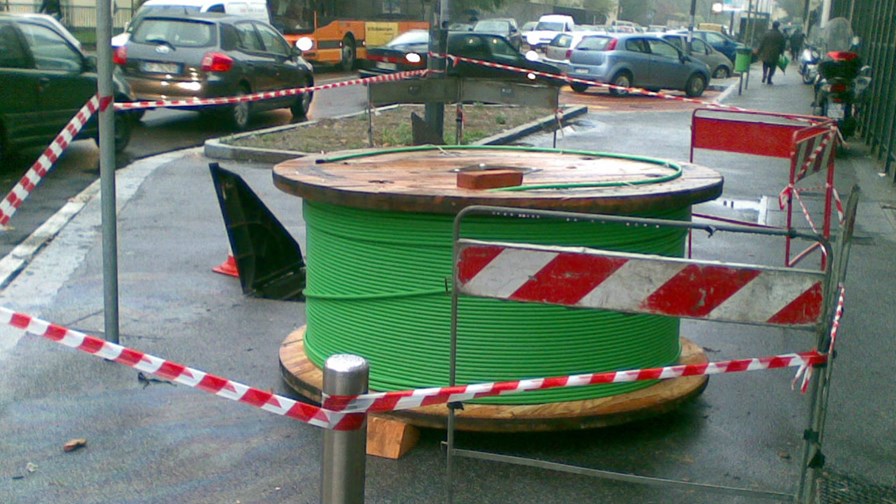 It’s not so much the broadband tech that costs, it’s the digging - so opening up the existing pipes and ducts is today's food for thought

In a development that puts a whole new slant on the concept of bandwidth “on-tap”, the UK government is conducting a “Fibre in Water” trial involving the feeding of fibre-optic cable through household water pipes, yes, water-filled, water pipes. The idea is that mainly rural “hard-to-reach” homes would get fast broadband access without the need for roads, pavements, fields and gardens to be dug up. The success of the three-year, £4 million scheme will rely on the recruitment of a volunteer coalition of telcos, ISPs and water utilities getting together to do the donkey work. Parties have until October 4 to register an interest and, like something from the Charles Dickens novel, “Nicholas Nickleby” their participation will have to be approved by the Drinking Water Inspectorate but, fortunately, not by the late and unlamented Mr. Lillivick himself. The installing of infrastructure such as the digging of ducts and erection of poles accounts for some 80 per cent of the cost of deploying comms technology which is why the government has asked for ideas as to how the 600,000 mile maze of tunnels, piping and ducts beneath the green, green grass of home might be used to speed Britain’s broadband programme. A quick question though; what will happen when a water company has to turn off a valve?

Getting out of jail free…  "Worker and Offender Tracking Devices to Reach an Installed Base of 10 Million by 2026,” crows an analyst’s market report. Well, hurrah!  Am I the only one to recoil at the casual bracketing of ‘Worker and offender’ in the one market definition? Yes, the cold commercial truth is that  ‘people tracking’ in industrial, enterprise, and institutional markets is experiencing rapid growth. We get it. And yes, most use cases are non-dystopian and are aimed at the consumer market where children, elderly persons and pets may have to be tracked for all the right reasons. But, like surveillance cameras, objections will most likely be raised around the question of what data is being stored and what we’re getting used to and accepting as normal. According to ABI Research, the range of available technologies is growing fast, so instead of the standard ankle bracelets, wristwatches are now another option for tracking and monitoring offenders on bail or early release. Keeping prisoners locked-up costs - In the US, up to US$80,000 per year - which, says the report, is why governments are pushing for social justice reform that includes offender monitoring solutions as an alternative to incarceration. Read more

More than half of Virgin Media O2’s broadband network now provides gigabit speed access. The company claims that by the end of this year more than 15.5 million residential premises in Britain will be able to access gigabit services at an average speed of 1.130Mbps which is 14 times faster than the UK national average. Upgrading of the rest of the network continues apace with 1.5 million homes newly added over the past six months. The company is justifiably pleased; it is the largest gigabit broadband provider in the UK today and is actually ahead of its commitments to the government’s high-speed broadband deployment and access timetable. Indeed, the expansion of Virgin’s gigabit accessibility was a highlight of the “Connected Nations” report from Ofcom, the national telecoms and media regulator. It was cited as a “key driver” behind the 37 per cent increase in homes with access to gigabit speeds that was achieved last year. Over the next five years, Virgin Media O2 will invest £10 billion on further expanding and enhancing its gigabit network.

Infovista, the network lifecycle automation specialist, has announced that Extreme Networks is to acquire its Ipanema SD-WAN business. The transaction is subject to consultations with the Infovista works council. Infovista's Ipanema business provides a next generation cloud-managed SD-WAN platform that is designed to deliver different workloads and applications faster and more securely across conventional Wide Area Networks and multiple cloud service providers. The divestment is designed to sharpen Infovista’s focus on delivering its cloud-native network lifecycle automation (NLA) platform designed for the 5G era to both Communications Service Providers (CSPs) and Enterprises.

Stand by for new claims on power performance as the tech world absorbs the urgency of climate change.  Here’s one from Microchip on the power stinginess of its next Field Programmable Gate Array (FPGA) system-on-a-chip offerings. Microchip claims its next power and performance milestones for its 'PolarFire’ mid range FPGAs involve a halving of static power consumption and provide the world’s smallest thermal footprint (they don’t give off much heat). This makes them ideal for edge compute systems which tend to require compact programmable devices with low power consumption and a small enough thermal footprint to eliminate fans and other heat mitigation while providing robust compute horsepower. Microchip claims the range is ideal for low-power smart embedded vision applications and thermally constrained automotive, industrial automation, communications, defense and IoT systems where neither power nor performance can be compromised. For more techy information go here.