UK scrambles to dig fibre, so out comes the technology revolution playbook 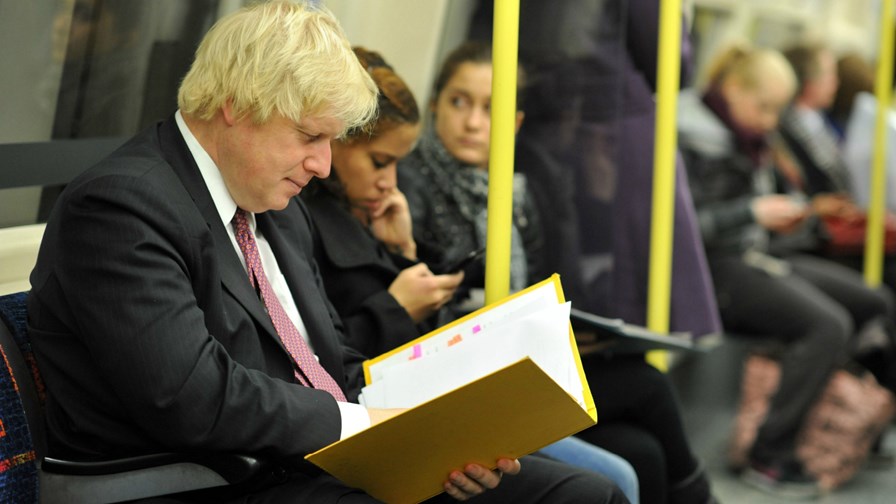 Calls for an accelerated fibre build in the UK by the new prime minister, Boris Johnson, is playing out using a now well-worn, mutual back-scratching playbook designed to produce wins for both the industry sector concerned (most recently 5G) and the politicians most keen to get on board and share the gains.

First you hype up the impact of the technology  (5G will be nothing less than another industrial revolution;  will change everything etc) and, once the public is more or less on-board with their expectations primed, you enlist political help because by this time politicians (from both left or right) are usually keen to join the bandwagon and show themselves forward-thinking and go-ahead.

Then you urge politicians to put political skin into the game. 5G you say, is not just an inevitable tech development, it’s a ‘race’. The country that gets there first will have an incalculable advantage over the countries that come second and beyond (although no real evidence is presented for this). There is much that government can do to push the race along.

This done, the politicians that are in power can be properly bought in with no way out. If 5G (or whatever it is) is a success and the race is won they can share the glory while the industry gets the business.

But there’s a caveat. The industry wants, not just cheer-leading, but a real assist. The government is urged to back the build-out with a plethora of incentives and the removal of pesky citizens’ rights that can slow or prevent the erection of masts or digging of trenches (usually characterised as government regulation and red tape).

It they do this then they can share in the glory if the exercise is successful; if not they can be pilloried for inaction and may even be fingered as one of the architects of a 'lost race'.

The 5G race thing has more or less spluttered to a halt now in the US as it’s become clear that if there was a race, the rules weren’t clear and US didn’t win it. That doesn’t stop industry and politicians from claiming victory anyway. Maybe it’s a relay and they’ll win the next leg.

In Europe, there was slightly less enthusiasm for the race thing to start with, especially with the arrival of the Huawei complication which threatened to put back 5G build-out by years.

But in the UK, the playbook is out again, this time for fibre build

Same dynamic: there is widespread belief in the transformative potential of fibre to the home and a concern that the UK is behind Europe on broadband. As a result, operators have long been urged to ‘dig for Britain’ and there are targets (which keep changing) for homes passed and promises that fibre plans are being accelerated.

Phase 2 of the playbook swung into action last week when the new PM, Boris Johnson, put political skin in the fibre build game by pledging that he would ensure that the country would, with the cooperation of the industry, get full fibre coverage by 2025, instead of 2033 (the old target).

Johnson, as some of you may have noticed, is trying to be ultra-positive and bouncy about the UK’s starry future once out of the EU. The promise of broadband everywhere is, he considers, one way to put rocket-fuel into a dazed and confused economy once the barriers to and from Europe go up and the country threatens to slide into an endless recession.

So immediately the next phase of the playbook was sprung into action. Broadband industry figures, while welcoming the Prime Minister’s ambition, either poured scorn on what they saw as empty promises, or moved quickly to suggest terms & conditions.

In chorus they suggested that the target might be achievable but... the government would have to eliminate several barriers to network roll-out, and do it fast. Thus Boris’s political skin was caught in the trap laid for him (not that he will be too worried - there are far greater perils in front of him than fibre build targets).

In an open letter from the heads of the Internet Service Providers Association (ISPA) the Federation of Communications Services (FCS) and the Independent Networks Co-operative Association (INCA),  four key barriers to be resolved were identified. Everything but the kitchen sink was tacked on to a wish-list with an ‘or else’ threat in green ink capital letters at the end.

These included planning reforms to make it easier, cheaper and quicker to build and upgrade infrastructure, the abolition of business rates on fibre, and laws that require new-build homes to include provisions for full fibre connectivity.

And what about the workforce? With Brexit arriving it will be harder to recruit a 21st century equivalent to the army of Irish ‘Navigators’ who migrated to England to build the canals in the late 18th and early 19th centuries. Fibre builders will need government action to provide skilled labour and implement skills training.

The letter urged Johnson: “We call on you to give a full commitment that your Government will give us the tools we need to deliver future-proof connections across the UK.”

It didn’t say that if you don’t, then the missed targets that we’re gagging to meet will be your fault.