UK consumers happy with broadband services...or are they? 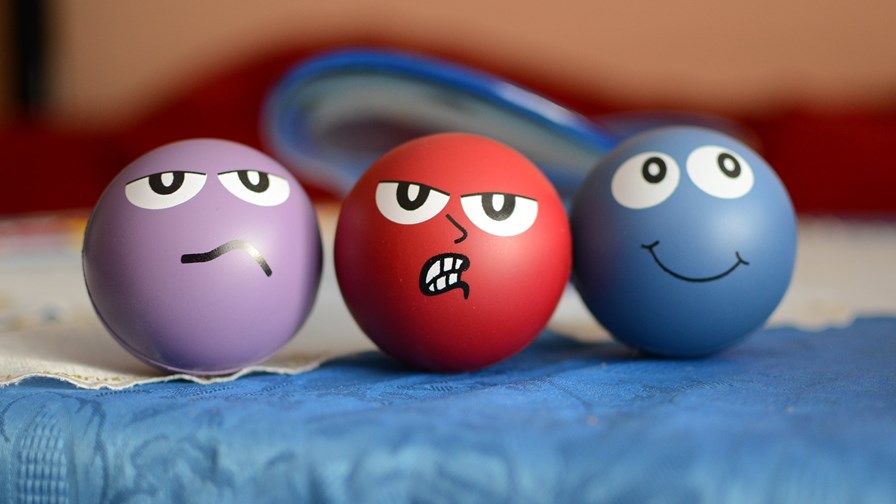 We don't really complain enough in this country.

Let me rephrase that. We don't complain much formally and using the proper channels in this country, as demonstrated by Ofcom's latest telecoms industry complaints figures.

The proportion of UK consumers of fixed-line, broadband, mobile and TV services that resorted to complaining to the UK regulator was lower in the January-March quarter than in the previous three-month period and than in most quarters of the preceding seven years.

Fixed broadband services draw the most complaints, with an industry average of 13 complaints per 100,000 customers. To put that in context, there were 26.6 million fixed broadband customers in the UK at the end of last year, according to Ofcom, which means just under 3,500 complaints.

That's not a huge number. And clearly the rest of us are happy with our broadband service.

Hmmmm...anecdotal evidence suggests not. How many of us moan about connectivity in one form or another, be it through a conversation with friends in the pub or an off-hand comment in the supermarket? How many of us are dissatisfied when it comes to cost or speed, or have experienced billing issues or frustrations with fault resolution?

My home broadband service – provided by one of the most complained about companies on Ofcom's list – is pedestrian at best during the day and slows down so much over the course of the evening that by 11pm I'd might as well have dial-up. And my TV box has a habit of crashing mid-way through a programme...which is pretty inconvenient when I need it to parent my toddler. But have I complained? Nope. Because life gets in the way and while it's all just about working, there will always be something more pressing to attend to. And let's face it, trying to get through to your telco to lodge any kind of complaint is often a mission in itself.

Ofcom picks up customer complaints only once they have been through the relevant channels with the service provider. So are the telcos improving or is it just too much effort to keep escalating complaints in all but the most pressing circumstances?

Earlier this year Ofcom published a report into customer satisfaction with service providers. In the fixed broadband market – again the sector with the biggest customer service issue – 83% of customers said they were satisfied with their service in 2018, up slightly from 80% the previous year, while those with cause to complain to their operator dropped to 13% from 15%.

That 13% is a costly number for operators; using Ofcom's subs figures above, that's around 3.5 million people using call centres and other channels to deal with problems. The figure is going in the right direction though, and that should be good news for operators. However, Ofcom made the following statement:

"Satisfaction with how complaints handled could be improved across the industry. Only around half of customers who complain are satisfied with how it is handled."

That is a lot of dissatisfied customers across the UK broadband industry. Millions of them.

"Complaints information helps people to think about quality of service when they are shopping around for a new provider and encourages firms to improve their performance," Ofcom noted in this week's report. To an extent, yes. Customer satisfaction naturally has a bearing on purchasing decisions in the broadband market, but there are other factors at play too, price probably being top of the list.

The statistics – on both complaints and customer satisfaction – show some recent improvement, but they conceal the low-level grumbling that goes on all across the country where the general consensus appears to be that broadband providers are much like politicians, in that they are all as bad as each other*. For every person that recommends their broadband company 'down the pub', there's another that wouldn't touch them with a barge pole as a result of a customer service issue.

And then there are those of us in the middle, who are not wholly satisfied, but getting by, and who will churn when a better deal comes along. Ultimately, that's not a great way for any business to operate.

(*According to Ofcom's numbers, broadband companies are not all as bad as each other. See below.) 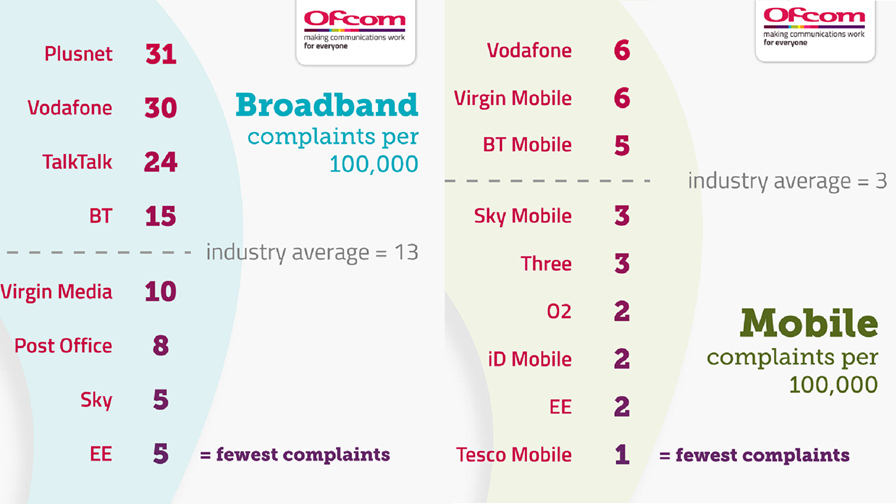