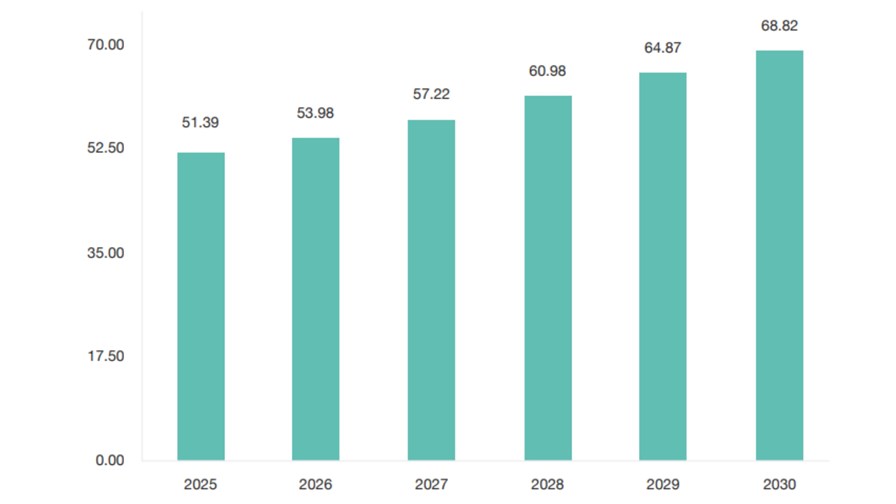 “The coronavirus pandemic has laid bare the dependency we place on the critical national [broadband] infrastructure, which has allowed us to work, learn and play from the safety of our homes.”  So starts a just-released report from London consultancy, Assembly Research, launched today over internet videoconferencing, naturally.

Supported by Huawei and TechUK, ‘Delivering Gigabit Britain: Broadband for all,’ was conceived as a timely steer  for the UK government as it began to formalise and implement the broadband targets it had amped up for the recent general election. But then of course the pandemic struck.

Suddenly, says report author Matt Howett, the real promise of a ‘gigabit Britain’ seemed more urgent than ever and the financial and other implications of missing the broadband rollout targets loomed larger. See above - the Impact of gigabit broadband on productivity (£bn).

The government’s approach was to set a stretch goal of 100% coverage of ‘gigabit-capable’ broadband by 2025 - a laudable aim, though many feared one that would be impossible to hit.  There was also a boost for rural coverage with £5bn on offer to cover the hardest to reach 20% and a further £510m as part of the shared rural network.

Now, in the midst of the pandemic, the idea of settling for ‘nice try, too bad we missed it’ should be ruled out of the question, implies Howett. Assembly has set out what it claims are clear policy recommendations on how the UK can meet those connectivity targets like its national life depended on it - which indeed it might.

In a nutshell, if the UK government’s post lockdown strategy is to attempt some sort of economic ‘bounce-back’ with the aim of eventually getting close to where we were, as a nation, in February, then hitting the broadband targets are a must.

What’s been most impressive about the pandemic response so far is that the internet has not fallen over as many were convinced it would, points out Howett. The networks all held up well, not just in terms of coping with average increases in traffic, but in coping with huge changes to the pattern of use with changes to time of day peaks and new types of traffic and usage.

As a result it has become easier for all concerned to see the strategic importance of the digital infrastructure.

That clear view hasn’t always been available and too often in the past government attitudes tended to flip-flop on the importance it assigned to the broadband build, something that has continued for at least the past 20 years.

“Someone said that if a Britain’s broadband network was rated by the number and bulk of all the reports that had been published over the years, then it would have the fastest broadband in the world,” joked Howett.

Now things are changing fast.  Views on fibre v. copper v. radio are on the move. Where before entrenched views were expressed on all sides, today Howett senses that the importance of the looming targets mean that the original idea of technology neutrality is once again to the fore.

“Including cable and wireless as well as fibre will get us there quicker and more economically. The consumers don’t care as long as they get the services they need,” he maintained.

“And we’re now seeing the fruits of infrastructure competition, activity that has increased awareness of  connectivity. Importantly too, it’s not just an infrastructure or supply side play,” he says. “There must be  more done on the demand side too as this will lower the risk for infrastructure investors.”

Howett maintains that Britain starts from a good position: “We are the lowest in Europe on fibre, but the highest for superfast broadband. There is an incredible  prize on the table, we just need the few things removed so the operators can feel confident that they can keep investing.”

1. The focus on achieving the 2025 connectivity target should remain given how crucial connectivity is proving to be for UK citizens, and how it will underpin future economic growth and recovery

2. Sufficient government subsidy and funding models must exist for non-commercial areas if the whole country is to be covered and nobody is to be left behind

3. A commitment to the technology neutral approach will be needed to reach the hardest parts of the country on time and in a cost effective way

4. Investment and innovation should be pursued through competition with a regulatory framework that considers how this competition varies by geography

5. Remaining barriers to deployment must be removed and promised planning reforms must be completed

6. The demand side must be given more attention to encourage takeup and help lower investment risk