Naming and shaming: Fibre Optic Broadband is a lie BT, so change it 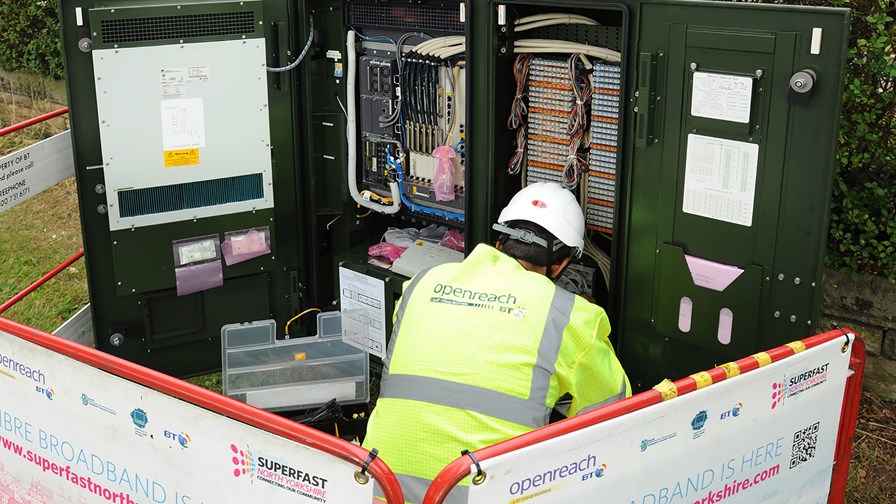 UK consumers had better develop a forensic nose to sniff out the obfuscated offer as the UK moves to a big market share battle between multi-play providers. That will especially apply if and when BT enters the fray with EE/O2: there’s nothing better for raising ARPU than multiple services to play sales and marketing games with.

And they’re all at it already. For instance, BT has just brought Virgin Media to book after a complaint and a long-running probe by the Advertising Standards Authority into the cable operator’s misleading press ads. Needless to say the obfuscatory details are just too much (and too boring) to go into: it’s all about time-limited offers and whether previous prices were ‘really’ higher. The ASA found six ads were misleading and banned them.

Which is fine, except the same authority has just pronounced on a much more important canard committed by BT - and got it completely wrong.

BT is, and has been for some time, calling its high speed DSL service Fibre Optic Broadband when it clearly isn’t. As we all know, it’s short-run DSL - they’ve just moved the exchange to the curb so that the data speeds can be faster.

Customer complaints to the ASA concerning the ads have, however, not been upheld.  The ASA has come down on BT’s side on this one and said it’s all OK, which, as a football manager might say in his post-match briefing, is a complete outrage.

This is the old 4G issue all over again and raises the same question. You remember, of course, that LTE isn’t 4G, it’s a long term evolution of 3G - US carriers wanted a marketing peg and got their way. So 4G is now 5G - hilarious.

So why the weird ruling? In coming to its decision the ASA seems not to have grasped the technology basics. It says it thought that consumers “who might be interested in "fibre optic" broadband of one sort or another would primarily be concerned with the improved speed and performance which could be delivered in comparison to an ADSL connection.”  The public doesn’t need to worry its pretty little head with all that detail.

Of course it does. BT’s so-called Fibre Optic Broadband  IS an ADSL connection and as for being as good as fibre, it isn’t - real fibre optics changes the entire broadband game offering improved signal quality and upgradability to much higher speeds.

The ASA, however, continued digging. “We therefore considered the use of the term "fibre optic" to denote a broadband connection which is primarily comprised fibre optic cable whilst including non-fibre optic cable as a small proportion of the overall connection was unlikely to mislead the average consumer.”

Good grief. All broadband connections are primarily fibre if thought about in that sense. All BT has done is to move the boundary between the two from the exchange out to the ‘curb’. And the idea that “it’s just a ‘little bit’ of copper so couldn’t hurt so much,” is absurd. The copper is the choke-point that defines the nature of the service.

Clearly more savvy consumers need to know the important distinction between the two because there are already ‘real’ FTTH providers in the UK - who no doubt have to wrestle with this misnaming issue every day. And if most consumers don’t feel confused today, they soon will when the real FTTH becomes more broadly on offer.

Clearly consumers need a clear, honest explanation of what their service is and why it’s different (or not) from other services. It’s not a question of “Oh it won’t matter cos they don’t understand it anyway.” They can easily understand it. Descriptions of services should be accurate.