Fibre in the hood: Vodafone Ireland launches its 1 Gbit/s service 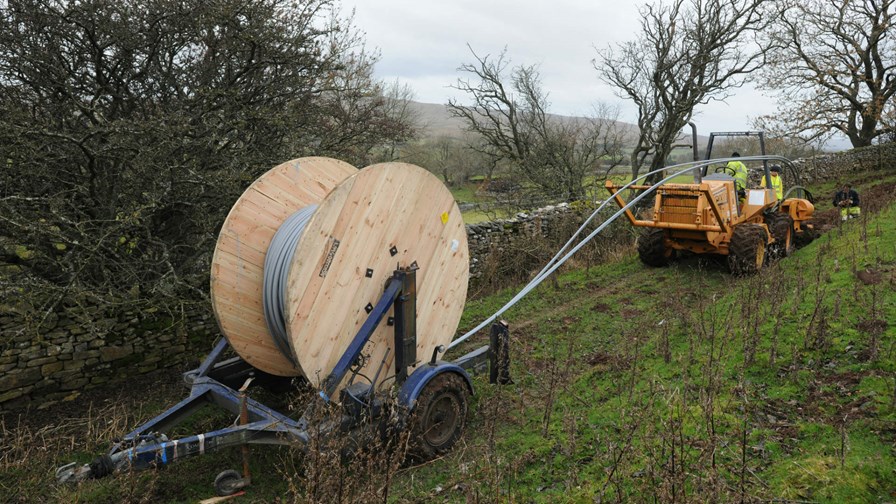 Vodafone is making good on its ambitious fibre to the home and business plans with an announcement around the ‘commencement’ of its 1Gbit/s ‘ultrafast’ fibre broadband services in Ireland. The services are the fruit of SIRO, a €450 million joint venture with energy company ESB, and the objective is to roll out a “100 per cent” FTTH network in 51 small towns (with at least 4,000 houses each) across Ireland by the end of 2018.

The approach is an Irish version of Google’s ground-breaking disruption in the US - the difference being that Google tends to pick large cities rather than small towns. However, the idea is the same - Vodafone has even adopted the lingo and is  talking about ‘'fibre-hoods', but the experimental economics are also bound to be similar in that the chosen demographies are expected to enjoy a considerable digital stimulus, via new companies forming or locating in the fibre-hoods and thus acting as competitive beacons for other towns and cities wanting to follow suit… if it works (and of course it will).

Vodafone Ireland says the lucky towns will enjoy ultra fast broadband speeds on a par with the speedier parts of Asia.

The deal with ESB makes Ireland the first country in Europe to use its electricity infrastructure to get end-to-end fibre directly to the premises, nationwide.

Vodafone is also active in other markets in Europe through similar tie-ups with companies keen to barge their way into the fibre-to-the-home business. It’s spending €125 million to expand its FTTH network in Portugal - again, 1Gbit/s services, this time to 2.75 million homes and businesses due to be complete by the end of 2016.

Also on the drawing board is a new 1Gbit/s FTTH network in Spain serving more than two million homes and businesses through a co-investment agreement with Orange;  and there are plans in train to tie up with Italian electricity company Enel to create a new infrastructure company to build a national FTTH network open to all operators across Italy.

Absent from these plans, of course, is the UK where Vodafone feels the regulated environment is not encouraging competitive, open fibre provision. As part of the publicity onslaught, Vodafone’s Group Public Policy Director, Markus Reinisch, said that Vodafone was gung ho about building out in Europe “when conditions allow us to do so,” a glancing blow against Ofcom and BT/Openreach.

Last month Vodafone’s Chief Executive, Vittorio Colao, vented fears that the UK’s telecoms policy would see a long march back to near monopoly provision, US style. What’s needed in the UK, he said, was for regulators get tougher on giving BT’s rivals better and cheaper access to the fibre network, otherwise monopolies would emerge and customers would suffer.