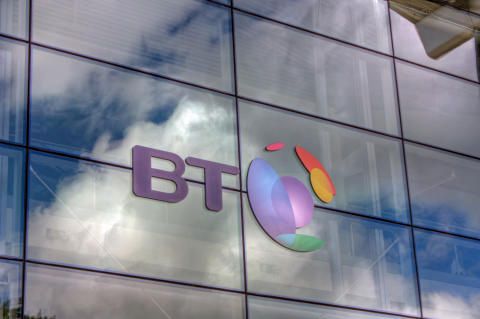 BT today responded to Ofcom’s Digital Communications Review, setting out how regulation can help Britain secure its digital future and maintain its position as the leading digital economy in the G20[[i].

Central to BT’s vision is further large scale investment – building on the £20bn it has invested in networks over the last decade – as well as an enhanced focus on service to meet massively increasing customer demand for communications.

BT says it is vital for the digital health of the UK that Openreach remains part of the wider BT Group as this will enable it to continue to benefit from BT’s capital as well as the c.£500m a year BT spends on its world class research and development. BT is keen that Openreach continues to provide regulated services to all companies on an equal basis as this model has served the UK exceptionally well over the past decade, and the company believes others have failed to make a convincing and evidence based case for change.

In its submission, BT cites independent data that shows the UK currently leads the EU ‘big five’ for superfast broadband coverage, take up and competition. Prices are also among the lowest in Europe[[ii].

The company also sets out how the average UK broadband speed has risen from just 1Mbps in 2005 to more than 22Mbps currently, and how around 24 million households and businesses are using the service across all networks, around three times the eight million who used broadband a decade ago.

Demand is growing with customers increasingly reliant on the internet and demanding higher levels of service. BT outlined plans on 22 September to meet this surge in demand now and in the future, and today’s submission sets out the regulatory changes that would help UK consumers and businesses enjoy the best possible outcomes. These include:

As well as setting out how the broadband market has flourished – in part thanks to the creation of Openreach - BT’s submission highlights the continuing problems in the Pay TV market, where Sky’s dominance continues to be unchecked and where new rules are needed to make switching far easier for customers.

The competition issues in this market have long been recognised but regulation has been ‘lop sided’ to date with Sky having easy and highly regulated access to the Openreach network – which has enabled it to secure millions of UK broadband customers – whereas BT has struggled to obtain similar wholesale deals with Sky when it comes to content.

BT Group chief executive Gavin Patterson said, “We are now at a critical point in the development of the UK as a digital nation. Broadband has become central to our economic and social life today and the industry must therefore invest to meet this growth in customer expectations and demand.

“BT is driving the transformation of Britain’s digital infrastructure but we need the right regulatory regime that supports fair competition for all and large scale investment. With this in place, there is no doubt that we can meet the challenges of the next decade, fulfilling the needs of consumers and businesses, driving the growth of the UK economy and supporting social progress for the whole country.

“Ofcom has the opportunity to level the playing field by tackling Sky’s dominance of Pay TV. That dominance has led to poor outcomes for UK consumers and it is about time that converged regulation was introduced to deal with a converged market. The current lop sided approach isn’t serving customers well.”

Today’s submission reinforces BT’s recent commitments to a new wave of investment[[iii] that is intended to keep the UK ahead by:

Long term commitments from Ofcom to provide certainty and clarity

BT said , “Ofcom should not price regulate services that depend on new investment before payback has been achieved. Ofcom itself recognises that vertical integration may provide vital investment coordination incentives, avoid the problem of investment hold-up and so facilitate major infrastructure projects. Britain has gained, and will continue to gain, from Openreach as a part of BT – benefiting from more investment, coverage and speed. Ofcom should reject calls for the structural separation of BT at the earliest opportunity.”

Support for consolidation when it benefits competition and brings investment

BT said , “To meet the challenges of declining revenues and rising investment demands, firms will look to consolidate to support investments and reduce costs. We believe Ofcom should support consolidation that promotes investment and competition.”

A better regulatory balance between service quality and price

A level playing field particularly with regard to Pay TV

BT said , “In a world where customers increasingly buy bundles of fixed, mobile and Pay TV services, we believe Ofcom needs to ensure a level playing field of competition across the whole industry and not to allow disparities in regulation to distort market outcomes. Market power and customer problems should be addressed with vigour wherever they arise.Ofcom should focus its efforts on the problems in Pay TV, where competition has failed.”

BT said, “One of the most effective things Ofcom could do to drive standards is to ensure frictionless, gaining-provider led switching processes, covering TV, fixed telecoms and mobile. Consumers would benefit from the certainty and simplicity of a harmonised switching process across the bundle, which in turn will support competition in bundles. In particular Ofcom should act now to remove the save opportunity currently available to cable and pay TV operators. Ofcom’s competition policy must as a minimum provide for a level-playing field in the retail market, or consumers will suffer from inferior outcomes.”

Regulate only where necessary and avoid rule duplication

BT said, “Ofcom should apply the minimum regulation necessary to ensure markets work for customers without distortion. We believe regulation should only be imposed at one level in any market, legacy products should be deregulated to encourage migration to modern alternatives; and regulatory duplication should be removed”.

Openreach to remain a functionally separate part of BT

Openreach should be kept as a functionally separate part of BT. The entry and growth of scale competitors in the last decade – with Sky and TalkTalk now accounting for around 40% of the retail broadband market – shows the model has promoted competition.

BT stressed the benefits that Openreach gets from being part of BT, including ready access to capital – allowing the UK to benefit from one of the fastest fibre broadband rollouts in the world – and some of the world’s most important telecoms research and development, worth around £500m a year. These benefits are shared with the whole industry through Openreach’s mandate to make its services available to all providers on an equivalent basis.

BT said , “”We appeal to Ofcom not to be swayed by certain communications providers in the UK who are evidently motivated by self-interested corporate rivalry. There is no case for structural separation, no detriment to competition, no evidence that structural separation would lead to improved market outcomes, and no theoretical analysis to support such an agenda. Continuing to hold open the possibility of structural separation will put at risk the investments necessary to drive good customer outcomes in coming years.”