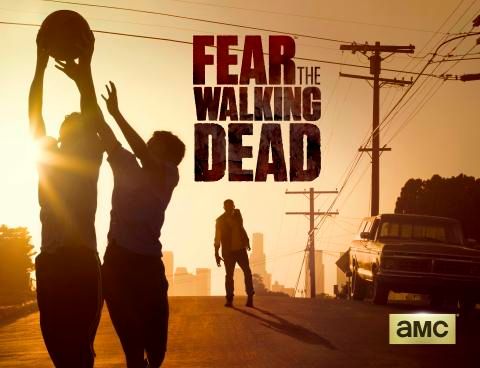 Acclaimed drama “Rectify” to premiere exclusively on AMC from BT on Tuesday 1st September at 9.00 pm

London / New York – 4 August 2015 - AMC Global, the international AMC-branded television network, and BT announced today that AMC will launch in the UK for the first time on 28th August exclusively to BT customers. AMC from BT will premiere this summer’s most anticipated new series, ‘Fear the Walking Dead’, on Monday 31st August at 9:00 pm. The acclaimed drama ‘Rectify’ will premiere for the first time in the UK on Tuesday 1st September at 9:00 pm.

“We’re delighted that our viewers will be able to experience the start of the zombie apocalypse when AMC’s ‘Fear the Walking Dead’ debuts exclusively to BT customers”, says Delia Bushell, Managing Director, BT TV & BT Sport. “We’re only a few weeks away from one of television’s most compelling new dramas, and we’re looking forward to sharing AMC’s outstanding selection of series and films with our customers.”

“We’re thrilled to partner with BT for the first-ever launch of AMC in the UK,” says Bruce Tuchman, President of AMC and Sundance Channel Global. “There is a tremendous level of excitement around the debut of ‘Fear the Walking Dead’, and we’re looking forward to showcasing the series exclusively for UK audiences on AMC from BT. The network will also feature other dramas from AMC Networks including the acclaimed series ‘Rectify’ from the producers of ‘Breaking Bad’ to complement its line-up of popular movies.”

AMC from BT will showcase other soon to be announced dramas from AMC Networks in addition to series from other leading producers. The channel will also feature acclaimed films from the world’s most popular film libraries.

The AMC from BT channel will be available for free to all BT TV customers. Customers do not need to take any action to receive the channel – it will automatically be added.

Today’s news follows significant expansion for AMC since the company launched the brand for the first time outside North America late last year. AMC is now seen on subscription television platforms in over 125 countries and territories throughout Europe, Latin America, Asia, Africa and the Middle East. Entertainment One (eOne) handles international distribution for ‘Fear the Walking Dead’ for territories outside of the AMC Global footprint.

About “Fear the Walking Dead”

A companion series to “The Walking Dead,” the #1 show on US television among adults 18-49, “Fear the Walking Dead” takes us back to the beginning of the zombie apocalypse – a time when the world was changing rapidly for reasons unknown, before anyone understood exactly what was happening, when life as everyone knew it was upended and altered in ways no one could have ever imagined. “Fear the Walking Dead” is executive produced by Robert Kirkman, Gale Anne Hurd, Greg Nicotero, David Alpert and showrunner David Erickson and produced by AMC Studios.

The six-episode series, set in Los Angeles, stars Kim Dickens as Madison, Cliff Curtis as Travis, Frank Dillane as Nick, Alycia Debnam-Carey as Alicia, Elizabeth Rodriguez as Liza, Ruben Blades as Daniel, Mercedes Mason as Ofelia and Lorenzo James Henrie as Chris. AMC recently announced a 15-episode order for the second season of “Fear the Walking Dead” which will air in 2016.

The critically acclaimed “Rectify” follows the life of Daniel Holden (Aden Young) upon his release from jail after serving 19 years on Georgia's Death Row before DNA evidence disputed the state's original case. Holden, who was only 18 when convicted and sentenced to die for the brutal rape and murder of a 16-year-old girl, returns to his family and to his hometown where the murder occurred and where many still believe he is guilty.

Created and written by Academy Award winner Ray McKinnon ( The Accountant, “ Deadwood”, “Sons of Anarchy”) and executive produced by Gran Via’s Mark Johnson and Melissa Bernstein (“Breaking Bad,” “Halt and Catch Fire”), the six-episode first season of “Rectify” originally debuted on Sundance Channel, AMC’s sister network in the US. The series was acquired for AMC in the UK from ITV Studios Global Entertainment.