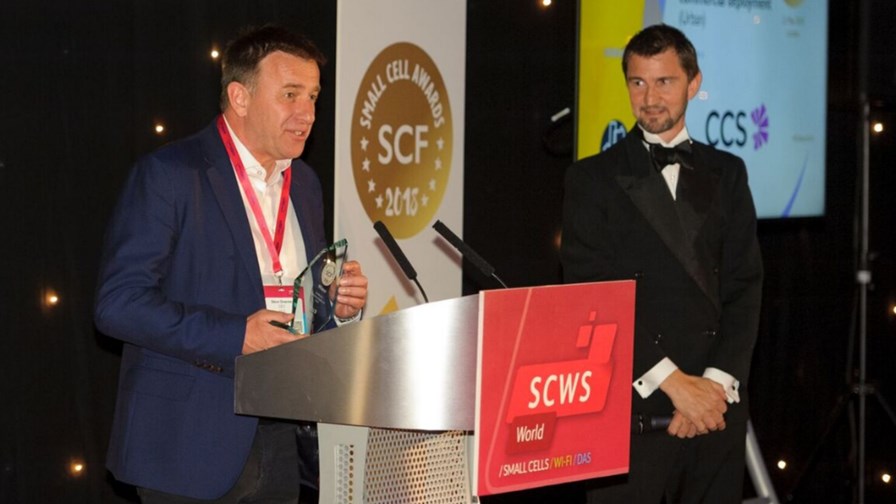 Steve Greaves senses real change in the air, especially at 60 GHz. At last, he says, small cell networks are poised to make their mark, thanks mostly to a heady mix of regulatory change and huge advances in signal processing technology.

“There are chips now that can do things that you could only dream about a few years ago,”  he says. With lots of high frequency shared or public spectrum becoming available - in the US especially - and chips able to play with it at commodity prices, he’s certain we’re on the cusp of some major disruption to the ‘old’ radio access market. “I don’t think it's going to play out the way the big companies think it will.”

And Steve should know. He’s spent years battling against both limited technology and restrictive regulation through a succession of Cambridge start-ups. The first company was Adaptive Broadband, then Cambridge Broadband (still running as a viable company, he says), and then “we took the thinking that inspired those companies a little bit further with Cambridge Communications Systems.”

With a deal of success as CCS had just won an ‘Excellence in Commercial Deployment’ award from the Small Cell Forum at SCWS World (see above) for its part in a ground-breaking small cell network in Central London.

Steve: “We’ve learnt a lot on the way and what we’ve got now is a distillation of 20 years of experience of trying and not quite making it. Now, the key difference between us and the competition is the idea of self organisation. When we’ve built systems before, we realised how important the experience of the guy who has to deploy it is.

“If the installer gets interference, he has to work out how to overcome it and that’s time-consuming. So our product monitors the interference environment, communicates over a wide area and then builds its schedule against that knowledge. We don’t remove interference, but we mitigate it by scheduling around it.”

CCS’s current commercial backhaul product is the 28 GHz unit (self-organising of course) which is deployed in the City of London. But the excitement has moved on to the next generation, starting with 60 GHz. Earlier this year CCS launched  its Metnet 12Gbps unlicensed 60 GHz mmWave access and backhaul solution. So what’s next?

Steve: “Technologically, what we’re now looking at for next year for our 60 GHz 5G, is a network processor that has a switching infrastructure capability of about 150 Gigabits. Which is unbelievable. So our model might end up with a network processor that’s got multiple protocol stacks running on it, connecting to third party phased array devices - which, again, are coming down in cost - and that’s just about it!  Then who knows where it will get to after that!

Steve says he can live with the commoditization because CCS’s smarts are “not to do with the hardware, but software architecture getting all the bits to work together and communicate across a wide area.”

Steve: “My working life from 20 years ago has been dominated by the need to match our view of how the network should perform with the components that are available and the cost that you’ve got to build it for. That’s all constraining. So while you could build something that would work brilliantly, because it would cost you 10,000 dollars a node you’d never be able to sell it.”

But all that has changed.

Steve: “The hardware capability is racing ahead of what we imagine we can do. We wouldn’t have imagined that we could run Metnet over WiGig, simultaneously run 5G on the one device and switch 20 Gigs of capability through it - it wouldn’t have entered my head two years ago. But that’s where it’s heading.”

5G is another bright spot on the near horizon. Steve reckons it’s shaping up to be much more open than the previous Gs, and that’s a good thing. It means its development  will be driven more by users, enterprises and fresh thinking. But there are still those that want to hold 5G close and refuse to play.

Steve: “For instance, there are enough competing IoT standards and some of them are quite good, so why would I want to weigh the whole industry down by having a completely different technical solution, just because it’s 5G?

“There’s a lot to be resolved and I think it will be resolved in an interesting way, ‘cos actually I’d want to take elements of 5G along with some components that I can use and commodities and build my own version of that, but I can’t because they’ve kept everything to themselves.”

To recap then, what’s changed and what’s most important?

Steve: “Industry change is two-fold. It’s driven by the availability of high quality low-cost components which would have cost hundreds of millions of pounds to invest in, say, 10 years ago. Then if you look at the 5G standard - it’s very open so other people can play and that’s great. And then there’s spectrum liberalization. That shared bandwidth, we think, really opens things up for players.

“So the key things are the liberalisation of spectrum, the commoditization of the underlying hardware components; and - as importantly - the engagement of the community that wants to use it. Without that you’ll never get things deployed. However, with those three things in place, that whole market, previously held onto by the established few, has been blown open and everybody’s got access to it.”