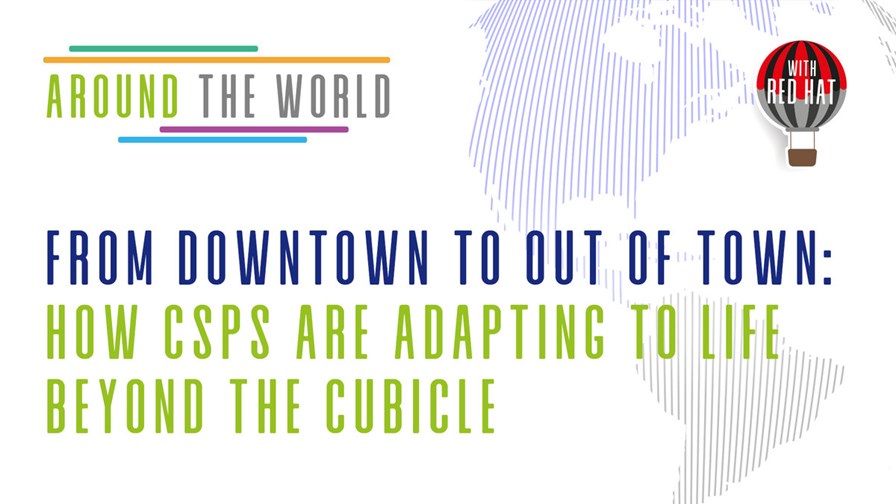 Now more than ever, the development of technology is mirroring human behaviour.

End users' needs are changing and technology is evolving as a direct response to that. But separately, to anthropomorphise slightly, humans' desire to break free from a location-based working environment in favour of a more flexible approach looks a lot like the technology shift from physical infrastructure to virtual network functions and ultimately cloudification and an open source world. And just like humans, telecoms operators need to find the right partners to help them on their way.

In North America, the industry has been laying the building blocks for a more open approach to telecoms network deployment and management for some time – as long as seven years for some early adopters – but the pace has picked up in recent years, with the Covid-19 pandemic also proving to be a catalyst for accelerated change.

"The evolution to cloudification is something that every major telco is looking at. They are...trying to figure out how they transition from the virtual environment they have now to one that is cloud native," says Gino Grano, Managing Senior Director at Red Hat.

Wireless infrastructure, specifically the core network, was the jumping off point for many, but now the focus is shifting to the radio access network. Open and disaggregated network solutions, like Open RAN, have come to the fore as telcos look for best-of-breed, lower cost infrastructure that will help them better meet customers' needs, and also help them design and deploy 5G services with greater operational efficiency.

Modelling carried out by ACG Research shows up to a 44% total cost of ownership saving linked to areas like onboarding and handling spectrum. "Open RAN...is something that every mobile operator should consider right now," advises Ray Mota, CEO and principal analyst at ACG Research.

Many are doing just that.

AT&T was one of the five telco founder members of the O-RAN Alliance in 2018 and has since been joined by Verizon, Sprint, U.S. Cellular, and Dish Network, as well as Canada's Bell and Telus. AT&T and Nokia have made headlines with their jointly-developed RAN Intelligent Controller (RIC), while Verizon is exploring Virtualised RAN (vRAN) architectures.

But while operators have made a start in improving efficiencies and introducing automation, they are still hamstrung by their various silos. "They need to move more to a horizontal approach, where...the service is agnostic of the network," says Mota. "When they do that...they start becoming more of a true telco cloud."

This would enable them, for example, to provision bandwidth quickly in response to user requirements, something that became critical earlier this year when Covid-19 took hold.

Like their telco providers, people in North America have been moving to throw off the shackles of the office for many years, with an increasing number opting for flexible and remote working opportunities. 5.2% of workers in the US worked entirely from home in 2017, according to the most recent US Census Bureau data shared by Quartz, an increase of around a percentage point over a decade. Meanwhile, Gallup polls show that 43% of Americans spent at least some time working remotely in 2016, up from 39% in 2012.

Those figures have doubtless risen significantly in the intervening years, with Covid-19 causing a massive spike. Indeed, the pandemic may have merely accelerated an existing trend, but it proved to be a major acceleration, with many tens of millions of people forced to quit their downtown office buildings and work from their homes. And that has had huge implications for telcos.

"A lot of the bandwidth that was being consumed in these dense urban areas is now being consumed across suburban, urban and rural locations. And the demand for bandwidth overall has gone through the roof," due to video collaboration, online learning, increased content consumption and other bandwidth-hungry activities, explains Grano. "[Telcos] have struggled to deal with addressing changing bandwidth consumption," he says.

Software-defined networks are helping operators deal with new traffic hotspots in their networks by quickly allocating bandwidth in particular areas as necessary. According to Mota, ACG has seen a triple-digit increase in SD-WAN, for example, as corporations seek to ensure reliable connectivity and security compliance.

Stress in the network is compounded by internal stress for telcos; it's not just their customers who have disaggregated their work from the workplace, but also their staff.

"They don't have a lot of people in the buildings anymore; everybody's at home," says Grano. Where once they had people with fingers on keyboards, telcos have had to transform the way in which they deploy capacity and automate the whole process. "Not only the physical, but also the logical and the workflows," he says.

There has also been an impact on customer care and customer service operations. The closure of retail outlets has exposed how well – or otherwise – telcos have developed their digital channels for customer interaction, as well as self-installation and the like.

All of which constitutes a significant challenge for telecoms operators that, for the most part, are not used to making fast changes. As well as adopting the right technology, they will also need to change their whole mindset – looking at more of a CI/CD approach – as they transition to become digital service providers.

It is firstly about embracing "a culture of innovation where creativity is encouraged and failure is somewhat tolerated," as Mota describes it. On top of that, telcos need to find the right partners to create an open environment and accelerate the digital transformation, because, despite having made moves towards automation, many are still mired in a siloed structure.

"The beauty of open RAN is that it's underpinned by open source technologies. So you're leveraging the power and the innovation of the communities. With that you are accelerating a lot of the future development...you are going to quicken your pace to market, you are going to get to a lot of those services at the edge to be able to deliver to your customers, to hold onto your customers, to diminish the attrition that could happen," says Grano. "We want to be able to help our customers to leverage open source technologies, not only at the core but all the way down to the edge."

Just like North America's working population, operators are looking beyond the cubicle both in terms of how they run their businesses in a post-pandemic world characterised by remote working and digital interactions, and in terms of network deployment. Rather than working within the constraints of physical infrastructure and its silos, telecoms operators need to embrace the great plains of an open environment. And partners like Red Hat are there to help them navigate these new, open spaces.

View More in this series:

Video: How will the “new normal” impact telcos?

Video: Improving the economics of 5G with network transformation

How Bharti Airtel will benefit from an open telco cloud

Automation for the people