Worldwide Enterprise WLAN market rebounds with 7.4% growth in the third quarter of 2020: IDC 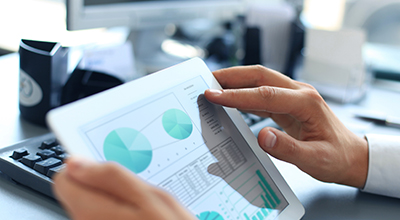 In the enterprise WLAN market, results across the globe were mixed, with the market's performance continuing to be impacted by the COVID-19 global pandemic. The return to growth in the overall market in the third quarter is a rebound for the market, after declining 9.5% year over year in the second quarter of 2020.

A driver for the enterprise WLAN market is the Wi-Fi 6 standard, also known as 802.11ax. Across the enterprise market, Wi-Fi 6-enabled dependent access points (APs) made up 39.9% of revenues, up from 28.9% of revenues in the second quarter of 2020, indicating significant continued adoption of the newest WLAN standard in the enterprise market. Wi-Fi 6 units accounted for 26.7% of shipments, up from 16.8% in the previous quarter. The Wi-Fi 5 standard, 802.11ac, still makes up the majority of dependent AP shipments (67.0%) and revenues (58.6%). Overall unit shipments in the enterprise WLAN market grew 10.1% compared to the year earlier.

"Enterprises in the third quarter of 2020 began reinvesting in critical WLAN technology. As the global pandemic continues to impact economies around the world, enterprises have moved from a phase of business continuity toward making targeted investments into technologies that support their business needs," said Brandon Butler, senior research analyst, Network Infrastructure, IDC. "Wireless connectivity will remain a critical technology for enterprises as they look to support bandwidth-intensive applications on the network, such as video traffic. The results in the third quarter of 2020 are a positive sign for the enterprise WLAN market for 2020 and beyond."

From a geographic perspective, growth was strong in North America with the United States market up 13.7% and Canada's market up 13.5%. Results were more mixed in the Asia/Pacific region: The China market grew 8.5% year over year, while Japan's market was up 98.8%. The rest of the region – Asia/Pacific (excluding Japan and China – was down 10.4% annually, with India declining 25.7% year over year and Korea losing 14.4% compared to a year earlier.

Europe and the Middle East also had mixed results. The Middle East and Africa region rose 9.3% annually with Turkey's 17.4% year-over-year gain standing out. Central and Eastern Europe grew 3.9% with Russia up 12.1% annually and Ukraine up 34.5% year over year. In Western Europe, the enterprise market dropped 8.2%, with the United Kingdom down 19.5% and France down 8.7%. The Latin America region declined 13.1% year over year with Mexico's market off 9.9% from a year earlier and Colombia down 13.6%.

"Growth in the enterprise WLAN market was mixed across the globe with the COVID-19 pandemic continuing to cause economic stress in many geographies, resulting in declines in certain regions of the world," noted Petr Jirovsky, research director, Worldwide Networking Trackers. "Meanwhile, the consumer WLAN industry continues to grow steadily in 2020 as consumers look to upgrade their Wi-Fi equipment to support more working and schooling from home scenarios."