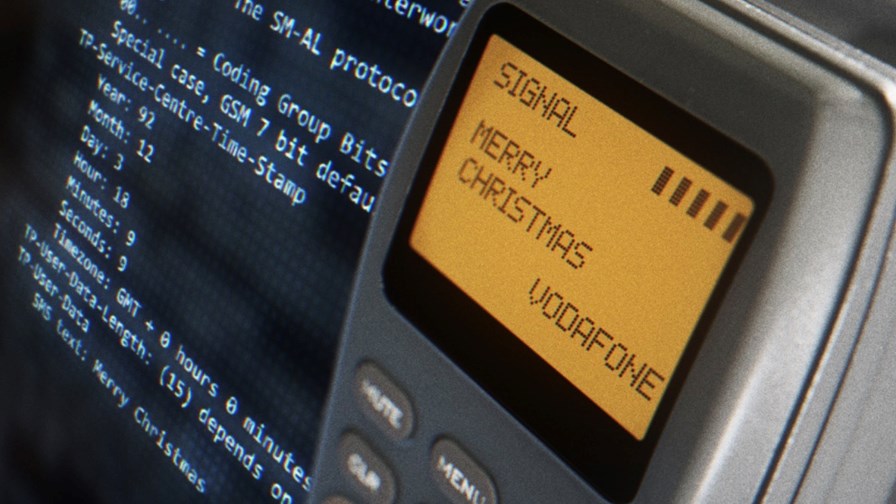 The first ever text message... if only it had said 'What the hell's a Non-Fungible Token?'

A seasonal goodwill gesture from Vodafone, a scintilla of welcome cheer for TIM and yet more woes for the tech event sector lead the way in today’s news roundup.

Vodafone has raised €107,000 for United Nations refugee agency UNHCR by auctioning the NFT (Non-Fungible Token) of the world’s first ever text message, sent over the operator’s network in December 1992 and which read, simply, MERRY CHRISTMAS. For more background, see this announcement, and for more on the auction held on 21 December, see this press release (in German).

A little respite for TIM (Telecom Italia) at last as Italy’s Prime Minister Mario Draghi commented on the telco during an end-of-year news conference, noting that whatever the outcome of current takeover or revamp negotiations, jobs and the operator’s fixed line network (FiberCop) would be “protected,” reports Reuters. Draghi also noted that while KKR’s takeover bid was being analyzed, existing shareholders including Vivendi and the Italian state investor CDP were also in talks about potential restructuring plans. (See KKR bids €10.8 billion to take Telecom Italia private.)

The annual CES (Consumer Electronics Show) gathering in Las Vegas (5-8 January 2022) is quickly losing support from major companies and speakers as the Omicron variant of the Covid-19 virus takes hold in the US and elsewhere. T-Mobile US CEO Mike Sievert has announced that he will no longer be providing a keynote speech and that the US operator will “significantly limit” in-person attendance by its staff. Amazon, Meta (FKA Facebook), Twitter and more have also pulled out, while others such as Google are monitoring the situation, according to The Verge. For the telecoms sector, of course, this not only brings CES participation into question, but once again raises questions about MWC, though that is more than two months away and the impact of Omicron is still mainly an unknown (other than it is highly transmissible). Watch this space...

Telent, which specializes in building telecoms networks for mobile and fixed network operators in the UK, has acquired the Harlequin Group for an unspecified sum to enhance “its professional services capability in the site acquisition and design arena.” The move will enable Telent to “provide a comprehensive and expanded ADC (acquire, design & construct) service and provide complete turnkey project solutions to the UK’s MNOs, at a time when mobile networks are rapidly migrating to 5G technology.” Read more.

BAI Communications, the neutral host network operator that was earlier this year awarded a 20-year concession by Transport for London (TfL) to provide mobile connectivity on the London Underground transport system, has signed up EE (BT’s mobile operation) and Three to provide 4G and, ultimately, 5G services to their customers over the network BAI is building through the UK capital’s subway train system. Read more.

For anyone interested in the potential development or use of Open RAN small cells for enterprise/indoor/campus deployments, the Small Cell Forum has published an excellent blog about the challenges associated with developing such elements while meeting requirements for multi-band support, lower costs and reduced power consumption. Read the blog here.