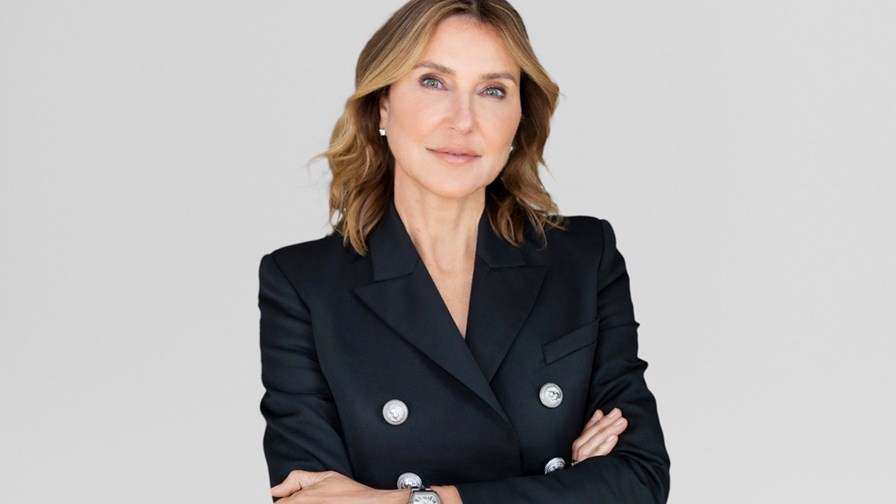 Manon Brouillette, the outgoing CEO of the Verizon Consumer Group.

In today’s industry news roundup: Verizon’s consumer group CEO is on her way out less than a year into the job; network-as-a-service (NaaS) hopeful Nitel adds experienced Windstream executive to its top team lineup; Deloitte’s TMT team sees 2023 as a breakthrough year for sub-$100 5G smartphones; and more!

Less than a year after taking the role, Manon Brouillette has resigned as CEO of Verizon’s consumer division. Brouillette enjoyed a high-profile 17 months within Verizon’s ranks, having been named as chief operating officer and deputy CEO at the Verizon Consumer Group (VCG) in June 2021, after joining from Canadian operator Vidéotron, and then being promoted to CEO of that unit in January this year. But it seems things weren’t going well enough at VCG, and now Verizon group CEO Hans Vestberg has stepped in to “assume responsibility” for the consumer services unit. “My immediate focus for the Consumer Group will be on driving a closer consistency between the top-quality network product we’re bringing to market and the operational results we’re producing,” noted Vestberg in a somewhat blunt appraisal of the current situation. Verizon’s consumer unit accounts for about three quarters of the operator’s revenues, generating sales of $25.8bn in the third quarter, but crucially, it seems, the unit lost 189,000 postpaid wireless customers during the quarter and reported a 3.2% year-on-year decrease in operating profit to $7.3bn.

After 14 years at US network operator Windstream, Mike Frayne, a well-known telco technology executive in the North American carrier community, has joined Chicago, US-based network-as-a-service (NaaS), SD-WAN and small- and medium-sized enterprise (SME) specialist Nitel, which late last year announced a “significant” (but undeclared) investment from private equity firm Cinven, before making leadership changes and then acquiring Garland, Texas-based Hypercore Networks in July (again for an undisclosed sum). Frayne, who was vice president of product management for network, security and digital experience at Windstream, will be chief product officer at Nitel.

It’s that time of year when everyone and their dog gets out the buffing cloth and crystal balls and has a jolly good rub to look into the future and make end-of-year predictions. Many are not worth the time of day, but this one from financial and professional services giant Deloitte caught our eye. The technology, media and telecom (TMT) team at Deloitte expects 2023 to see the launch of the first 5G smartphones to retail at less than $100. Though such devices will account for only a small share of all sales next year, “it marks a move towards more accessible 5G devices for consumers across almost all markets,” noted the firm in this broad TMT predictions overview. “A $99 5G phone would look and feel similar to that of a top-of-the-line model in size and design, but would instead consist of low-end displays, single-lens cameras, low-power processors and smaller storage capacities. The total sum of these components, plus shipping and assembly, could cost as little as $127. The manufacturer, which could be a telecoms provider, could then subsidise the retail price of the device with additional revenue streams, such as pre-installed apps, and advertisements,” it added. Ben Stanton, TMT manager at Deloitte, noted: “There are a variety of cheaper alternative mobile devices on the market today, but none that offer 5G at a low cost. While $99 will not be accessible for all consumers, it is a significant step from handset manufacturers towards making 5G connectivity more affordable. These devices might also create new opportunities, such as ad-hoc fixed wireless access – providing connectivity to an entire household via a smartphone. However, in the process of prioritising cost efficiency, manufacturers will need to keep the sustainability of their phones front-of-mind and may introduce more recycling schemes to help meet net zero targets.” That’s the kind of device price that could, of course, have a dramatic impact in a market such as India, where 5G services are just becoming available and disposable income levels are still low.

Sticking with the same topic… The global smartphone sector is set to suffer an even greater decline than previously forecast. According to IDC, the number of smartphones shipped will decline 9.1% year on year in 2022, a reduction of 2.6 percentage points from the previous forecast. "As a result, IDC expects smartphone shipment volumes to total 1.24 billion units in 2022. While a recovery of 2.8% is still anticipated in 2023, IDC did reduce its 2023 smartphone forecast by roughly 70 million units, given the ongoing macroeconomic environment and its overall impact on demand," the research firm noted in this announcement. IDC expects 5G devices will account for just over half of smartphones shipped worldwide in 2022.

UK satellite communications company OneWeb has announced it will launch 40 low-earth orbit (LEO) satellites in a concerted move with SpaceX, its US counterpart run by billionaire Elon Musk. While a certain date has not been specified, the launch will happen no earlier than 6 December from a space centre in Florida and means that OneWeb will be back “on track to deliver global coverage in 2023”. With the launch, the UK company will complete nearly 80% of its first-generation constellation of 648 LEO satellites, set to deliver “global wholesale connectivity for its partners” in the US, Europe, the Middle East and Asia. See more.

Samsung has appointed what it claims is its first female president. Lee Young-hee has been promoted from vice president to the role of president of the Global Marketing Centre for Samsung’s Device eXperience (DX) division, which oversees its mobile business. “After being promoted to president, she will inject new vitality into the organisation as the first female president of Samsung Electronics, while demonstrating her capabilities such as customer-oriented marketing innovation,” noted the vendor in this announcement (in Korean), which also unveiled the appointment of a number of other new company presidents. While the company says Lee Young-hee is its first female president, local media such as Korea Bizwire  note that this is, more accurately, the first appointment of a woman to the role of president who isn’t a member of the company’s founding family.

AST SpaceMobile, which is building a global low-earth orbit (LEO) satellite constellation that can connect directly with standard smartphones, has issued new shares to raise $75m, more than initially intended, to help fund its ongoing R&D and launch activities. “We were excited to see the demand for this offering, which allowed us to upsize the offering from $65 million. We welcome all of our new stockholders,” stated the company’s CFO, Sean Wallace. A further $11.25m could be raised if there is enough demand for an “over-allotment” of additional shares. AST SpaceMobile is working with a number of mobile and telecom infrastructure operators that plan to use the satellite firm’s coverage to provide broadband and cellular service to hard-to-reach areas. Among the companies that have previously invested in the company are American Tower, Vodafone and Rakuten, which recently received preliminary experimental test station licences to conduct mobile communication tests and preliminary verification of AST SpaceMobile-enabled services in Japan. Rakuten Mobile believes adding AST SpaceMobile coverage to its terrestrial network reach will enable it to provide its services to 100% of the Japanese population within a few years.

It has now been 30 years since the first ever text message was sent! Carried on Vodafone’s network, the first SMS in history delivered a “Merry Christmas” greeting to Vodafone chief engineer Richard Jarvis. Supposedly, the team behind the move was too eager for the innovation, as the message was sent prior to the holidays – on 3 December 1992. According to the company, the SMS was sent to an Orbitel 901 “portable” telephone that weighed 2.1kg. Texting  became a global phenomenon in 1999 when phones were capable of sending and receiving texts across any mobile network. It peaked in 2012 when around 150 billion texts were being sent every day, significantly higher than the current level of some 40 billion, now that social media has taken over as the prevalent means for written communication by many. Still, Vodafone believes that the “text is far from dead” as approximately five billion people worldwide continue to send them. To go back in time and reminisce on the era of the first SMS – see Vodafone’s statement here.