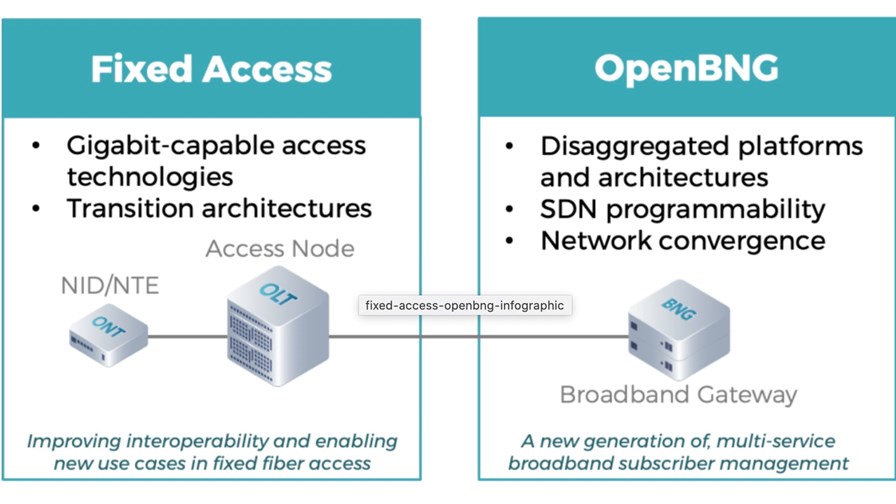 A new group to push for the disaggregation of the fixed broadband network and another lucrative 5G spectrum auction for the FCC top today’s pile of news nibbles.

TIP also announced a tie-up with the Wireless Broadband Alliance (WBA) to help spur the adoption of Wi-Fi in the 6 GHz unlicensed band. Read more.

The FCC auction of 5G mid-band spectrum in the 3.5GHz band, aka Auction 110, has concluded its ‘clock phase’, raising $21.8 billion, with 4,041 of the available 4,060 spectrum blocks snapped up by bidders. Next up is the process by which the winning participants get to bid for frequency-specific licenses in the ‘assignment phase’. Read more.

Already a giant chip manufacturer with annual revenues of more than $33 billion, Qualcomm reckons there’ll be lots of additional sales opportunities in the coming years: The company estimates its total addressable market opportunity is set to grow from $100 billion now to $700 billion within the next decade as the number of “intelligently connected” devices rockets. The firm sees ongoing opportunities in core markets such as smartphones but is excited about the potential of markets such as automotive (expected to generate $8 billion in annual revenues in 10 years) and IoT, on course to deliver sales of $9 billion in 2024. And to highlight the kind of opportunities it has identified, Qualcomm announced an enhanced relationship and agreement with car giant BMW. For more on its bullish outlook, see this announcement, and for more on the BMW deal, see this press release.