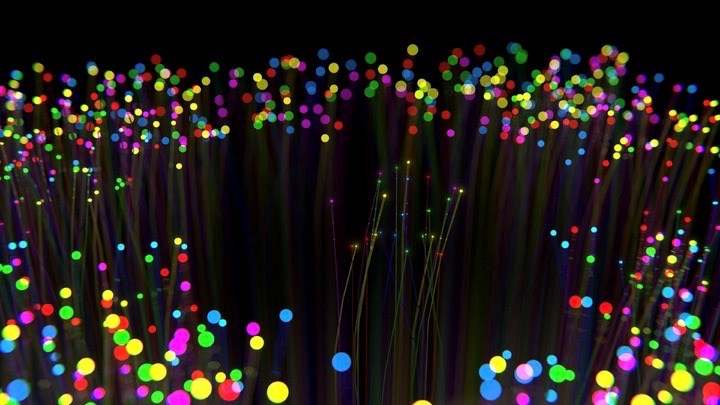 Another UK company getting acquired by overseas interests and an uptick in fortunes for AT&T lead the way in today’s collection of telecoms whimsy.

News of the acquisition came as STL reported its financial results for the first quarter of its current financial year. It reported revenues of R13.09 billion ($176 million), a year-on-year increase of 49%, giving it a current annual revenue run rate of about R52.4 billion ($704 million). As part of its new corporate targets, it is on a mission to hit an annual revenue run rate of 100 billion Rupees (US$1.34 billion) by the end of the financial year that ends in March 2022, and aims to do that in part through international expansion. As part of that plan, the company has committed to invest R2 billion ($26.9 million) in optical fibre cable manufacturing and R&D labs in the UK and US and, as a result, increase its optical cable manufacturing capability to 42 million fibre kilometres from its current 33 million fibre-making capacity. For more details, see this earnings announcement.

Verizon wasn’t the only US operator to have an encouraging Q2: AT&T increased its sales by 7.6% year-on-year to $44.0 billion, growth attributed to “continuing customer growth in wireless, fibre and HBO Max,” though operating income was down by $200 million to $3.3 billion due to costs associated with Vrio, a Latin American business that AT&T is selling, and higher programming costs (especially related to sports). It ended the quarter with 65.5 million contract (post-paid) mobile customers, 5.4 million fibre broadband users and 47 million HOBO and HBO Max subscribers. Like Verizon, it has increased its full year revenues guidance from 1% growth to an expected 2-3% growth. The operator, which says it is close to completing the spin off its DIRECTV business into a standalone company in partnership with TPG Capital as announced earlier this year, expects its full year capex to come in at about $17 billion: It spent $4 billion on capex in Q2. For more details on AT&T’s performance, see this announcement.

Orange has come under fire from the French government for mishandling a major service outage in early June that left people unable even to make calls to the emergency services. A French government report, led by the country’s cybersecurity agency ANSSI, criticized the operator for not alerting the government quickly enough to the severity of the outage, saying that the situation should have been handled much more efficiently, according to Reuters. The ANSSI investigation into the cause of the outage came to the same conclusion as an internal Orange audit, that a bug in call server software provided by Italtel was to blame.

Been hacked? Tell Uncle Sam… or else! In another rare example of political bipartisanship in the US, both Democrats and Republican politicians are backing the Cyber Incident Notification Act that will make it a legal requirement for private companies and organisations as well as federal departments and agency offices to report to the government when, where and how they have been hacked. The introduction of the new bill is in direct response to the two recent and big cyber ransomware attacks against business software giant SolarWinds (that hit a variety of government departments and agencies) and the Colonial Pipeline (which greatly disrupted fuel distribution along the length of the Eastern Seaboard). As is well known both empirically and anecdotally, many US companies have long preferred to preserve their reputations for cyber invincibility and keep schtum when hackers hit. That will now have to change. Henceforth it will be mandatory for organisations suffering a cyber attack to report themselves to the Department of Homeland Security (DHS). Historically, companies have also been loath to report cyber-incursions because of the shareholder (and other) legal and financial liabilities that they could face. Thus the new bill will provide organisations with limited liability and require the DHS to anonymise information that might lead to an individual company being identified as having been hacked. The main aim is to ensure that, in future, cyber attacks are reported quickly and completely so that the federal government can take action.

Peace in the valley? Probably not. Questions are still being raised about the acquisition of Newport Wafer Fab in Duffryn, Wales, by the Chinese-owned Nexperia, a deal that concluded some weeks ago but which is also, it seems, still under review. Last week a former leader of the ruling political party in the UK opined that government ministers should have stopped the buyout of the country’s biggest silicon chip fabrication plant. Sir Iain Duncan Smith, who less than successfully led the Conservative party between 2001 and 2003, called the episode “an unholy mess” and pushed for the purchase to be blocked under the terms of the UK’s new National Security and Investment Act. The law allows the government to intervene in commercial takeovers if they are deemed to be contrary to the interests of national security. Nexperia is headquartered in the Netherlands but is owned by a Chinese company, Wingtech Technology. This week, Charles Smit, a board member of and general counsel at Nexperia issued a statement saying, “We are not owned by the Chinese state, the Chinese state is not involved in Wingtech.” However, the US company Datenna, which specialises in analysing the byzantine ownership structures of Chinese companies, says at least 30 per cent of Wintech’s shares can be traced back to the Chinese government and the ruling Communist Party. Datenna concludes that despite (or more likely because of) the layered complexities of its shareholding schemes, Wingtech is under “significant state influence”. Detailed examination shows the involvement of the Assets Supervision and Administration Commission of the State Council, which is a “special commission” of the government of the PRC. Among Wingtech shareholders with links to the Chinese government are Wuxi Guolian Industrial Investment and Kunming Industrial Development Equity Investment Fund Partnership. In a statement, the UK government now says, "We have considered this issue thoroughly, and will continue to monitor the situation closely. The national security adviser is reviewing this case and we will not hesitate to take further action if needed. We remain committed to the semiconductor sector, and the vital role it plays in the UK's economy." (See Security concerns spark review of UK chip fab purchase by Chinese-owned firm.)