What’s up with... stc, CommScope and Meta Connectivity, Google Cloud 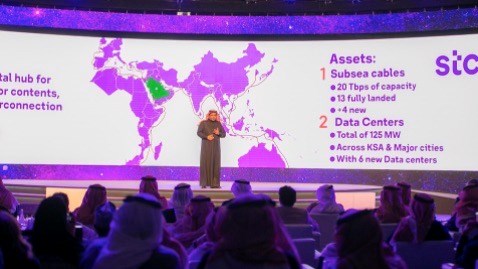 The creation of a Middle East hub, an Open RAN tie-up and Google Cloud's growth kick off this news roundup.

In an effort to create what it calls the MENA Hub to link the Middle East with the rest of the world, Saudi national operator stc is forming a wholly-owned standalone company specializing in data centre hosting and regional/international connectivity in an effort to “boost Saudi Arabia’s current position as the region’s digital hub and beyond, thru leveraging Saudi Arabia’s geographical location at the heart of the Middle East as a hub connecting Asia, Africa and Europe.” The company will own and manage stc’s data centres, international submarine cables and international points of presence (PoPs) valued at SAR2.1 billion ($560 million) and then receive a further capital injection from stc of SAR1 billion ($267 million).

Alphabet, Google’s parent, has reported its Q4 2021 results, with revenues for the period reaching $75 billion, a 32% year-over-year rise. The company’s CEO Sundar Pichai attributed the performance to “strong growth” in its advertising business, a new record in Pixel phone sales despite the global supply shortages, and “our Cloud business continuing to grow strongly.” Revenue from its cloud services was $5.5 billion in the quarter, up from $3.8 billion in Q4 2020. The hyperscaler has been desperate to tap numerous partnerships with mobile operators to boost its Cloud division, which reported a net loss of $890 million for Q4 and $3.1 billion for the full year in 2021. In the past few years, Google Cloud managed to seal deals with big-name operators such as Deutsche Telekom, Telecom Italia and Telefónica to boost its play in the market. However, it still lags behind leaders Amazon Web Services and Microsoft Azure. More about the company’s financial results can be found in its earnings release.

BT is in the closing stages of sealing a deal to sell its BT Sport unit, and still has two potential buyers – DAZN and Discovery – interested in the operation, according to The Guardian.

Vantage Towers, the mobile towers firm spun out of Vodafone Group (and still majority owned by the operator), has struggled for significant growth during the past year, it seems, in part due to the supply chain issues that have been bedevilling many companies in the telecoms sector and it doesn’t se those challenges easing any time soon. The company stated in its fiscal third quarter earnings report that it ended calendar 2021 with the same number of wholly-owned macro sites as a year earlier (45,700, not including co-owned sites in Italy and the UK through joint ventures), noting that the “increase in new built sites (BTS) was offset by the previously communicated decommissioning of sites, in particular driven by our active sharing agreement in Spain and other European markets, creating efficiencies in our network. Whilst the BTS programme accelerated in Q3, the macro site build year-to-date has been challenged mainly by supply chain issues. We expect these challenges to persist beyond Q4 FY22 into FY23 and will require continued management.” Revenues for the nine months to the end of December 2021 came in at €746 million, up by 3.1% compared with the same period a year earlier thanks to a slight increase in its tower tenancy ration to 1.43 customers per sire compared with 1.39 at the end of 2020. The biggest news from Vantage Towers’ fiscal third quarter was the deal it signed to be a major supplier of tower services to 1&1, which is building a greenfield Open RAN-based 5G network in Germany. For more on the company’s progress, see this press release. Investors were clearly happy with what they saw in the earnings presentation, though, as the Vantage Towers share price gained 2.9% in value on Tuesday to end the day at €29.28 on the Frankfurt exchange.