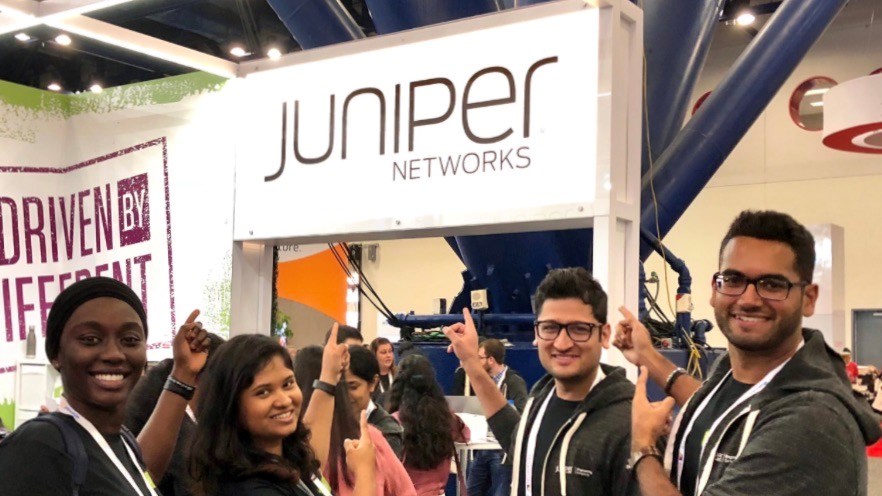 Juniper Networks has made a couple of interesting announcements related to its AI endeavours. First, it has unveiled two new 6 GHz access points that “leverage Mist AI to maximize Wi-Fi performance and capacity while simplifying IT operations,” while also “introducing a new IoT Assurance service that streamlines and scales the onboarding and securing of IoT devices without Network Access Control (NAC).” All of which sounds like it would make high-speed enterprise networking easier and smoother than normal. And Juniper has also unveiled Juniper Support Insights, “a new support solution driven by artificial intelligence that delivers holistic visibility and insights across its entire Junos portfolio... With a new level of end-to-end visibility and actionable intelligence, Juniper is making it easier for service providers, enterprises and partners to optimize the operation of their networks.” Read more.

Signs that the global supply chain issues impacting the availability of semiconductors are hitting the broadband access network equipment sector were highlighted by the third quarter results from ADTRAN and DZS (formerly Dasan Zhone). ADTRAN reported revenues of $138.1 million, up slightly from a year ago, but reported a net loss as outgoings soared due to an increase in components prices and increased freight costs: In the company’s earnings call, CEO Tom Stanton noted that the “supply chain challenges we experienced are peaking... and will begin to improve for us in 2022. Therefore, we expect the impact on our results to be temporary. We are taking the necessary steps to mitigate these challenges, but supply chain constraints do present risk to revenue gross margins in the near and midterm.” The good news for ADTRAN is that it has record bookings and is in a good position to capitalize on increasing investments in fibre broadband rollouts. DZS also noted that the impact of supply chain challenges and costs were impacting its business and would result in the company having to increase prices. DZS reported third quarter revenues of $88.4 million, in line with its guidance, and a small net loss.

With the prospect of helping some of Europe’s largest network operators with their Open RAN plans, NEC Europe is undertaking the testing of Open RAN base stations equipped with massive MIMO technology using an advanced radio frequency (RF) propagation environment developed by test and measurement systems specialist Keysight Technologies. "Keysight's mMIMO base station fading performance toolset enables us to rapidly emulate real world radio conditions in a controlled and repeatable way in NEC's Interoperability Test and Validation environments," said Jon Van-Orden, head of Engineering for the NEC 5G Centre of Excellence. "As a result, we're able to verify the interoperability of NEC's Open RAN mMIMO radios with other equipment with O-RAN standard interfaces." Five of Europe’s largest telcos – Deutsche Telekom, Orange, Telefónica, TIM and Vodafone – have challenged the vendor community to develop the Open RAN-compatible network elements that can deliver high-speed mobile broadband services across Europe and the spoils for those vendors that fit the bill could be significant within a few years: More than ever before, NEC is ploughing resources and effort into the European telecoms market in order to capitalize on Huawei’s shrinking influence and be a credible alternative mobile network technology system supplier (and systems integrator) to the two dominant vendors, Ericsson and Nokia. Read more.

US trade sanctions continue to kick Huawei where it hurts... the Chinese vendor is seeking to sell its x86-based server business line because of the problems it has in sourcing chips from Intel, according to Reuters (citing a Bloomberg report). Apparently, the unit might be sold to a consortium that includes at least one company backed by the Chinese government, which doesn’t sound like a move that would make it easy to do business with Intel again, to be honest.

Nokia has unveiled a new small form factor OLT, the Lightspan DF-16GM, based on its Quillion chipset that can support 1 Gbit/s, 10 Gbit/s and 25 Gbit/s services, leading the vendor to boast that it is the “fastest mini-OLT on the market.” Read more.

The team at ABI Research has been furiously rubbing its set of crystal balls and is forecasting that the number of 5G subscriptions worldwide will grow from 260 million at the end of 2020 to 2.6 billion in 2026, when those connections will deliver an aggregate of $942 billion in revenues to the world’s mobile operators. That’s very specific!! Read more.

File this one under general interest rather than news... Google recently published a blog called How is the Google Cloud physical network organized?  The scale, as you’d expect, is enormous.