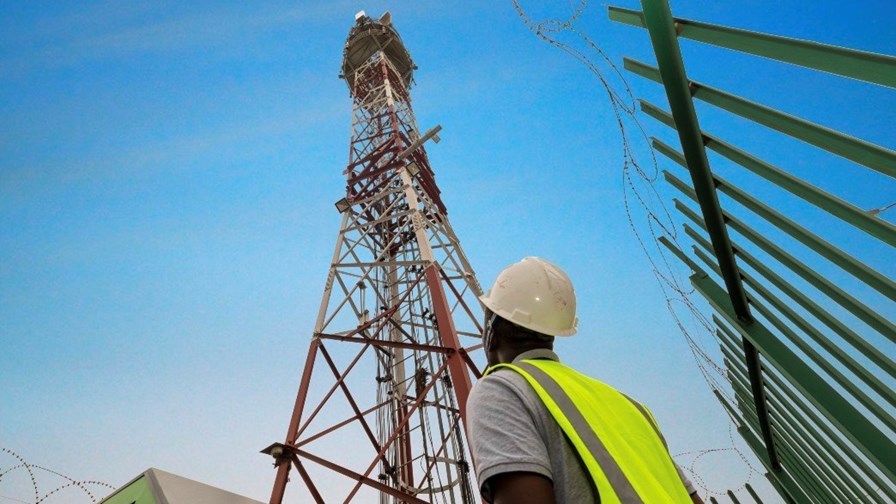 In today’s news roundup, the latest mobile towers money-spinner, a look at the potential opex savings from network automation (courtesy of Nokia and Analysys Mason), and bad news for Ericsson and Nokia in China.

IHS Towers, which manages more than 30,000 mobile tower sites across Africa (Cameroon, Cote D’Ivoire, Nigeria, Rwanda, Zambia), Latin America (Brazil, Colombia, Peru) and the Middle East (just Kuwait), is cashing in on the neutral passive infrastructure market heat with a planned IPO on the New York Stock Exchange. With a potential price range per share of $21.00 to $24.00, the tranche of stock on offer could raise as much as $540 million for the company and its shareholders (including African operator MTN) and give it an overall valuation of more than $7 billion, even though it is barely profitable currently (just $77 million in profit for the first six months of this year, notes Reuters). Let’s see if anyone thinks it’s worth the investment and, indeed, whether the IPO takes place, as the company had a public listing lined up in 2018 but then failed to execute.

Nokia has been working with research house Analysys Mason to quantify the benefits of network optimisation and, in a new study, finds that IP network automation can save operators 65 per cent of operational costs. The work is based on evidence provided by operators worldwide and covers 60 data points. It focuses on the operator’s service fulfilment, network lifecycle management and network and service assurance processes implemented on a network automation platform, in this case the Nokia NSP, the domain controller for multivendor IP, optical and microwave networks that enables operators to automate an array of network management processes. The study shows that cost avoidance in the domain controller is a combination of various factors. For example, process automation reduces the labour time requirement for manual workloads by up to 68 per cent which, in turn, means that the time required to roll out new services is reduced by up to 88 per cent. Fewer manually completed tasks results in fewer human errors and higher predictability of outcomes. Meanwhile, the use of a standardised scenarios lowers the incidences of order fallout and other issues requiring manual correction. Indeed, the time spent overall to process errors is reduced by up to 85 per cent. Furthermore, the automating of alarm correlation and root cause analysis means mean time to repair (MTTR) can be improved by 71 per cent. Larry Goldman, Chief Analyst and Project Director at Analysys Mason commented, “Our study shows clear benefits at the domain layer, and we highly recommend operators automate network management processes for their IP services. Network automation will be critical to enable future network slicing-based business models.”

China Mobile completely sidelined Western vendors in its 5G core platform contract awards, leaving Ericsson and Nokia without even a slither of the business reported to be worth $2.22 billion: According to the South China Morning Post, citing a statement released by the operator, Huawei and ZTE shared the spoils. Huawei won a deal for 6.4 billion yuan worth of equipment and 1.08 billion yuan in professional services, while ZTE’s technology deal is worth 6.57 billion yuan and its professional services business is worth 891 million yuan. Ericsson noted earlier in the year it was expecting to get hammered in China due to geopolitical fallout, and that has certainly been the case in the past six months.

The MVNO model and IoT platform providers are surely made for each other as they offer a way for globally ambitious IoT service providers to extend their reach. IoT connectivity platform provider Wireless Logic has signed an “IoT-focused” MVNO agreement with BT Wholesale that will see Wireless Logic extend its own ‘built for IoT’ global network with coverage from BT’s EE mobile network. The resulting offer should appeal to businesses looking to deploy fleets of IoT devices in the UK, according to Wireless Logic. BT’s 5G roadmap includes plans to offer high performance 5G solutions across the entire UK and an ambition to offer “5G anywhere” by 2028.

It looks as though some European carriers are missing a trick when it comes to maximising their revenues. A new report commissioned by Ethernet and Edge specialist RAD of Tel Aviv and carried out by Global Surveyz shows it is taking service providers an unacceptable 60 days or even longer to connect to a customer’s new business location. Customers are frustrated and, voting with their feet and wallets, are churning away to competitive suppliers who can get their skates on and make connections within a couple of weeks or less. Fifty-six per cent of respondents to RAD’s blind survey say the carrier’s leisurely responses to meeting their connectivity needs is costing them money, and, of course, the delays are also impacting the carriers themselves as business goes elsewhere. Talk about a no-win situation. The RAD survey does not cover the reasons why connections are being made so slowly but it does identify that 100G Layer 2 business services have become mainstream with 98 per cent of respondents seeing 100G L2 services available today or expecting them to become available within 12 to 24 months. The reason is evident: businesses are demand more access to cloud services and ultra-high bandwidth communications and what used to be the preserve of large carrier-to-carrier services has now become central to mainstream business communications. Ilan Tevet, VP of marketing and Business development at RAD said, “This survey provides a clear voice of the CSP. Long time to cash is a real issue that is costing carriers and customers money in a highly competitive market. In addition, CSPs need flexibility to support increasing bandwidth demand.” Enterprise demand for band width is rising at a phenomenal rate as is interest in fixed-wireless access, both 4G LTE and 5G. What’s more, zero-touch, trouble-free, instant-on connectivity augmented by cellular is seen to minimise time-to-value for both enterprises and CSPs.

Yet more baby unicorns have been spotted gambolling around in the sunlit glades of the broad uplands of the global telecoms landscape, a paradise of peace, love and understanding. The latest of the fabled beasts to be identified are IoT unicorns, a shy species that is only now beginning to emerge from the undergrowth to bask in steamy warmth pumped out by the hype machines. With IoT at last expected to become a reality and part of mainstream digital comms environment to be deployed everywhere, Global Data’s “Unicorn Prediction Model” has been put to use and has provided a list of 25 IoT startups with the potential quickly to achieve a valuation greater than US$ 1 billion. In other words, more unicorns could soon be about to be born. They are breeding like rabbits! GlobalData’s recent report, “Future Internet of Things (IoT) Unicorns - 1 October 2021” reveals that in Q2 this year, the IoT industry invested US$6.4 billion in 268 deals around the world. In that period, the Asia-Pacific accounted for 48 per cent of overall VC deal volume, followed by North America (primarily the US) with 34 per cent. Among the list of potential unicorns are Everactive, Mediagate, Mocana and SpanIO. US-based Everactive offers end-to-end IoT-based energy harvesting solutions for enterprises to enable low cost, long-lived, and intelligent instrumentation of industrial operations. Medigate operates as a medical device security and asset management platform offering threat detection and attack prevention services for all connected medical devices on health care provider networks. Mocana is an IoT security solution provider that protect IoT devices, operational technology, mission-critical systems, and industrial infrastructure. The company’s on-device cybersecurity software and lifecycle management platform enables industrial manufacturers and companies to build tamper-resistant self-defending systems. Finally, Span.IO offers intelligent hardware and software solutions for distributed energy resource management. The company develops core products to enable the rapid adoption of renewable energy and deliver an intuitive interface for the home. By 2024 the IoT market is expected to be worth $1 trillion with enterprise IoT accounting for 74 per cent of that figure and the consumer sector for the remaining 26 per cent. It will be interesting and instructive to observe how many baby unicorn’s actually make it through to maturity and get the full twisty horn.

A security breach confession by Syniverse could have dramatic consequences... The company, which provides international messaging platform services to the world’s major telcos and large enterprises, has fessed up to the fact that hackers have had access to its platform for years and that the activities of 235 customers were laid bare and that the credentials of some were “impacted”. The confession comes at a sensitive time, as Syniverse is in the process of a public listing via a merger with a SPAC (special purpose acquisition company) that values the company at $2.85 billion. The confession came in a filing with the SEC by the SPAC, a certain M3-Brigade Acquisition II Corp. (NYSE: MBAC), on 27 September, and noted that the unauthorized access began in May 2016. Although the filing notes that its investigation that “no additional action, including any customer notification, is required at this time,” and that it “did not observe any evidence of intent to disrupt its operations or those of its customers and there was no attempt to monetize the unauthorized activity,” this is a major blow for a company that admits its success relies on the “capability, reliability and security of its networks and platforms.” let's see if that valuation holds up. For more on this story, see this story from Vice.

Of course, in terms of security, there are plenty of considerations for companies in the digital services and networking sector, including domain name server (DNS) problems, which appear to be the root cause of the Facebook empire’s problems on Monday, notes the BBC.