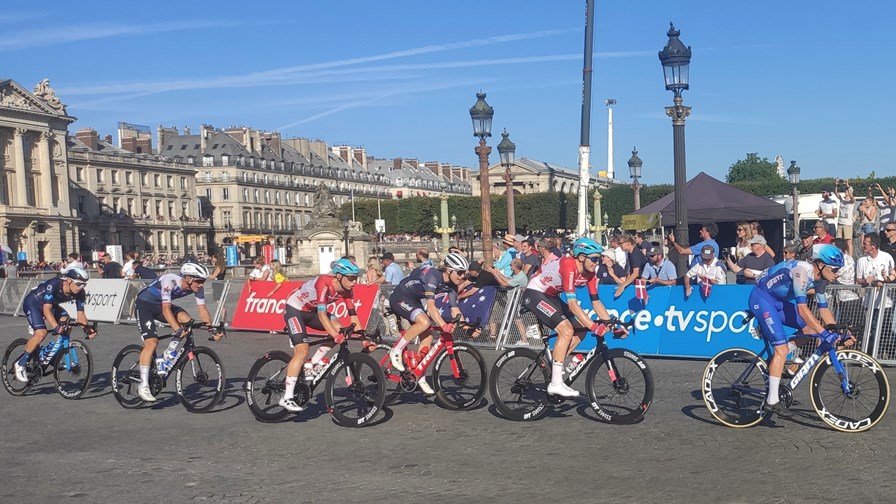 Final stage of the Tour de France at Champs-Élysées in Paris, France - 24 July 2022.

Orange multiplied the capacity of its broadcaster customer connectivity tenfold for this year’s Tour de France, compared to the links it had in place for the annual sporting event in 2021, and recorded a significant increase in data traffic carried to broadcast the multi-stage team cycling race this year.

The company, which is the official telecoms provider of the famous sporting event that finished on 24 July, explained that while last year it used 1Gbit/s fibre connections to hook up to its broadcast customers, this year it upgraded the capacity of those links to 10Gbit/s for the first time in order to meet growing customer demands. Orange provided connectivity through links deployed between its central hub and broadcasters’ trucks, and installed a Cisco router on each vehicle to ensure high-quality footage of the event in real time. The trucks were situated in what Orange dubs a “technical zone” near the area where each stage of the Tour de France takes place.

The telco group explained that some of its largest media clients this year have used more capacity than ever over Orange’s fibre links, as well as 3G and 4G.

During the final leg of the tour in Paris, Orange’s technical team manager Henri Terreaux (pictured below) provided behind-the-scenes insights to demonstrate the capabilities of the French telco’s setup for the race. 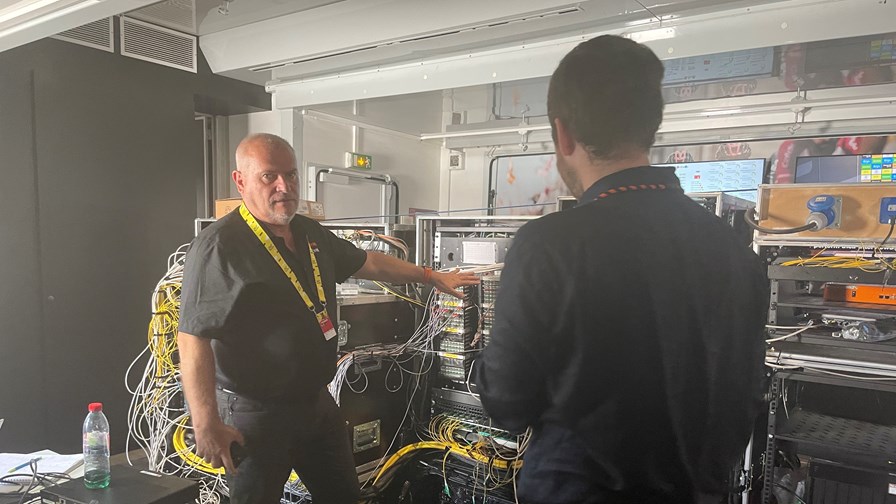 In total, the 3,963km-long route, which this year started in Copenhagen, Denmark and finished on the Champs-Elysées in Paris, was connected predominantly by Orange’s fibre network but the company has also used a mixture of Wi-Fi, 3G, 4G, 5G and satellites to ensure constant connectivity for the broadcast connections.

To do so, it temporarily deployed a total of 500 phone lines, 34 mobile masts and 22km of fibre optic cables, so that the race could be broadcast live to 190 countries.

The equipment weighs 15 tonnes and needed to be transported every day to a different section of the race, explained Terreaux, adding that the biggest challenge for the company’s technical team was having to deploy the kit in less than three hours at each location before the race.

Terreaux noted that throughout each relevant zone, Orange’s station provided the Wi-Fi connectivity needed for 2,000 journalists, sponsors and representatives of the Amaury Sport Organisation (ASO), the organiser of the Tour de France, as well as sufficient connectivity for security cameras, enough lines to support 100 trucks for TV and radio broadcasters, and a press centre. Orange was also responsible for the connectivity transmitted to motorbikes, helicopters and planes that provided footage and sound of the race.

“This year, we have a new customer, Netflix, with 100 people. It’s a very big team,” noted Terreaux. A series on the Tour de France is expected to be released later this year from the video streaming giant.

In terms of connectivity options, Terreaux highlighted that broadcasters prefer fibre “because it’s more secure for us”, but the company has also been using 5G connectivity since 2019 – mainly in large and medium cities in France.

To connect the Tour de France, the operator upgrades the regions through which the race travels with the required network capabilities, then leaves the radio access network (RAN) antennas there permanently, explained Terreaux.

Pascal Queriel, CIO of ASO, described Orange as a very important partner as it is “the only local operator in France with the capacity to deploy 10Gbit/s fibre everywhere in France”.

“Twenty years ago, we had 100Mbit/s lines for everybody and now we have 10Gbit/s, and the reason is that the requirements are increasing every year. With local forces of Orange in each city and region, we are able to deploy this connection. Without that, it would have been very difficult to organise the tour,” he explained, adding that the ASO has not experienced any connectivity issues during the Tour for many years now.

Asked by TelecomTV about the energy consumption required to organise the event, Queriel noted that “the main parts of the equipment are very up-to-date equipment, so the consumption is lower and lower year by year. You have a lot of switches etc, so there is no direct link” with the increased connectivity needs.

He pointed out that the main difference between the Tour de France and other sporting events is that with the Tour, “our stadium is moving every day and is 200km in size”, which makes the approach to deploying connectivity and adjusting to weather conditions completely different.

Another challenge relates to the connection required for the parts of the race outside France and this year, for instance, Queriel noted that Orange had to look to its international sales teams to choose the best local network and to explain the track and requirements to them. Orange chose Danish operator TDC to connect with in the starting phase of the Tour de France.

Once the women’s race, the Tour de France Femme, has finished, the next big challenge for the telco is to deliver connectivity to the Olympic Games, which are to be held in Paris in July and August 2024. Terreaux explained that the opening ceremony will take place around the River Seine, which will be difficult. “Perhaps we’ll open army frequency for the time of the Olympic Games but it’s very difficult in such a big city”, he noted, adding that Orange is also considering creating a special 5G network for the organisation of the event.