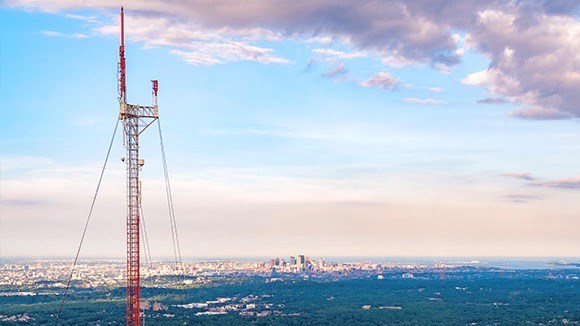 American Tower continues to capitalise on its recently-enlarged European business, agreeing this week to sell a 10 percent stake to German insurer Allianz Capital Partners for €530 million.

The transaction values American Tower Europe (ATC Europe) at more than €8.8 billion, and further highlights the growing importance of passive infrastructure, and its resultant appeal to financial investors.

"Digital infrastructure has underscored in particular during the pandemic its importance as essential infrastructure to the public," said Michael Pfennig, member of the management board and co-head of Infrastructure at Allianz Capital Partners, in a statement. "This long-term strategic partnership perfectly complements our existing digital infrastructure investments in fibre-to-the-home roll-outs and will contribute to further position ATC Europe in some of our core markets such as Germany, France and Spain while delivering stable cash yields to our investors."

Under the agreement, Allianz will gain an unspecified number of seats on ATC Europe's board, but American Tower will maintain managerial and operational control of the business.

It is a business that has expanded dramatically this year.

In January, American Tower agreed to acquire Telefónica's Telxius Towers unit for €7.7 billion, increasing its footprint by 31,000 sites split between Europe and Latin America. The vast majority of those sites – nearly 20,000 – are located in Europe. Before then, American Tower's European tower tally stood at a comparatively modest 5,342. That deal closed earlier this month.

Allianz is not the only financial investor keen to capitalise on American Towers' newfound scale.

A little more than a month ago, American Tower agreed to sell a 30 percent stake in ATC Europe to Canada-based pension fund Caisse de dépôt et placement du Québec (CDPQ) for €1.6 billion. Similarly to Allianz, CDPQ got some seats on ATC Europe's board in return for its sizeable investment.

"With Allianz and CDPQ as committed, long-term partners in our newly expanded European business, we are more confident than ever that we are optimally positioned to generate sustainable growth and attractive returns for many years to come," said American Tower CEO Tom Bartlett, in a statement this week.

Like the CDPQ deal, the Allianz transaction is expected to close during the third quarter.

Despite the impressive portfolio growth, and the healthy valuation, ATC Europe is still relatively small compared to the region's big guns. Spain-based Cellnex boasts a portfolio of 75,000 sites currently in operation. It reckons by 2030 it will have a whopping 129,000 up and running. Only this week, Italy's antitrust regulator gave the go-ahead for Cellnex to acquire 9,100 towers operated by WindTre.

Meanwhile, Vodafone's Vantage Towers unit has around 82,000 sites in its footprint. Its March IPO in Frankfurt valued the business at north of €12 billion.

As 5G deployments accelerate, driving demand for ever more sites, these already-impressive valuations look like they might have plenty more headroom.