Africa's major smartphone markets all experienced a downturn in Q4 2021, with the exception of South Africa, which saw slight YoY growth. Global supply shortages were the main reason for the declines seen across the region, while Egypt was further hampered by the introduction of new tariffs — amounting to 10% — on mobile phone imports.

"Global supply shortages, inflationary pressures, and improved specs and capabilities are driving the average price of smartphones upwards," says Taher Abdel-Hameed, a senior research analyst at IDC. "The growth in the midrange price band can be attributed to the launch of new feature-rich models by key vendors like Samsung, Xiaomi, and Transsion. This price band is expected to maintain its growth momentum over the long term." 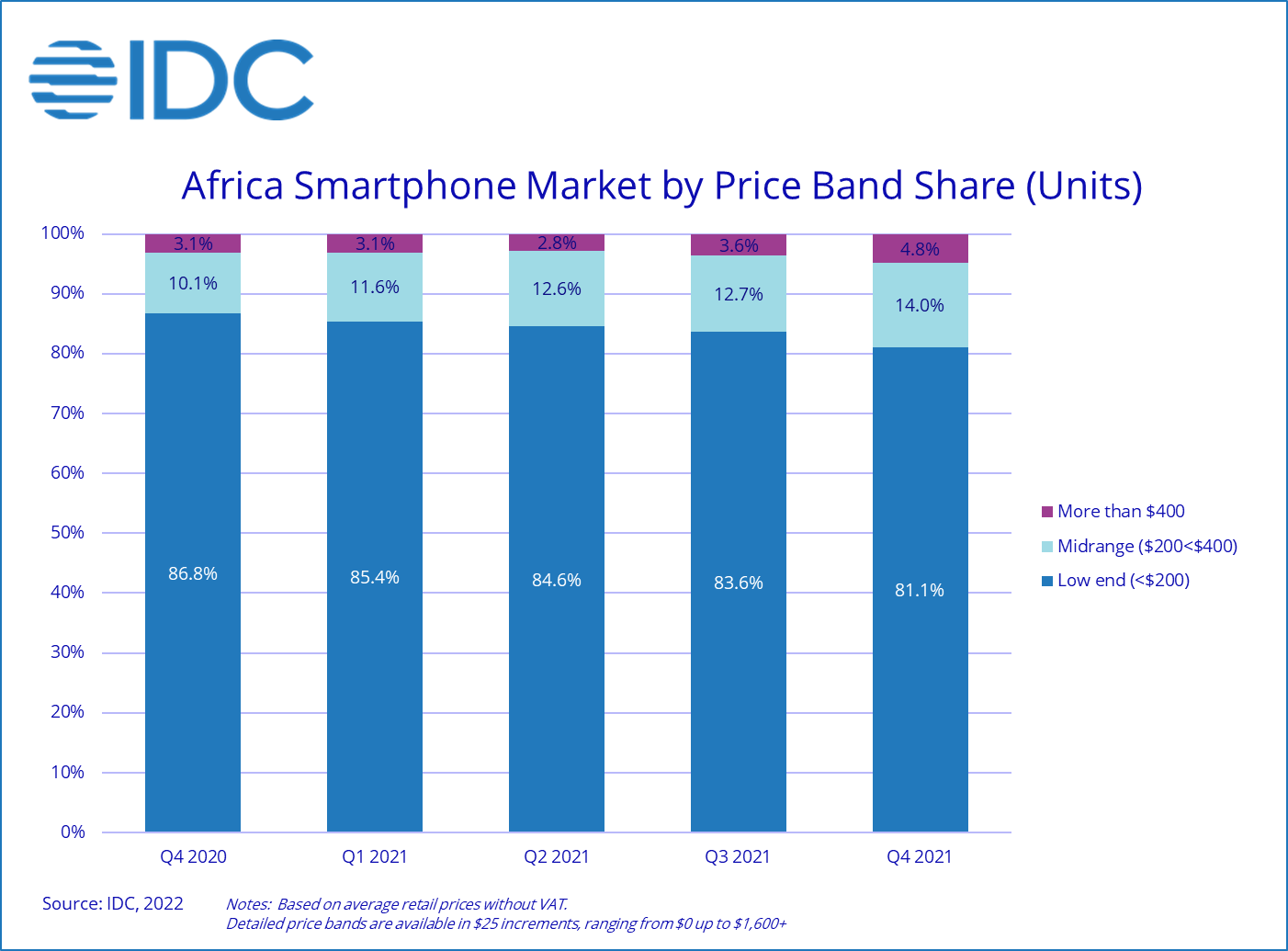 Looking ahead, IDC expects the African smartphone market to grow 3.8% YoY in unit terms for 2022 as a whole. "Mobile phone imports constitute a notable portion of the current account deficit in many African countries," says Ramazan Yavuz, a senior research manager at IDC. "Considering the macroeconomic challenges faced by economies across the region, African governments will keep an eye on taxes and import tariffs on mobile phones. New import tariffs and increased tax rates have been implemented in North African countries and similar changes can be expected in many other African markets in the near future."