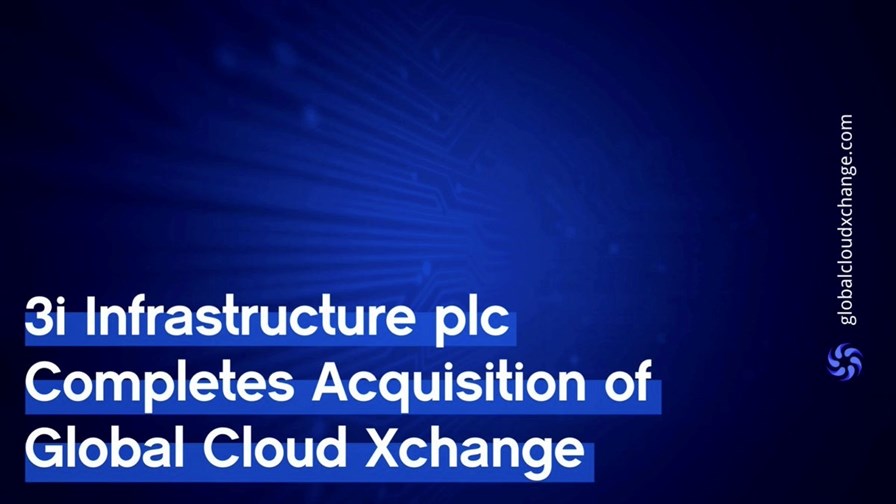 International data transport network operator Global Cloud Xchange (GCX) has opened a new chapter in its lengthy and turbulent corporate story following its acquisition by investment firm 3i Infrastructure in a deal valued at $512m, comprising a $377m equity investment and the balance in “acquisition debt”.

GCX, which emerged fully from Chapter 11 bankruptcy protection in late 2020, is headed up by former Colt CEO Carl Grivner. It provides international connectivity services to telcos, media companies, hyperscalers and other large enterprises over its 66,000km of mainly subsea cables, which span 46 countries from North America to Asia, meaning GCX boasts “a particularly strong position on the Europe-Asia and Intra-Asia routes.”

Grivner took the helm in July 2020 following stints as the CEO at Colt (2016-20), Pacnet (2012-15) and XO Communications (2003-11), so he has plenty of industry experience and contacts. Grivner joined just a few months after the majority of the company’s operations had emerged from bankruptcy protection in April 2020: The operator initially filed for Chapter 11 in September 2019 when, while still part of the crumbling Indian conglomerate Reliance Group (a different company to the Reliance Industries that is currently thriving), it became unable to pay its creditors.

Since then Grivner has rebuilt the management team, bringing on board a few former colleagues from his Pacnet days, including Jim Fagan (chief strategy and revenue officer) and Jon Vestal (chief technology officer).

And now Grivner is looking to grow the company’s business and network with support from 3i Infrastructure, which noted when it first announced its intention to acquire GCX late last year that it planned to “invest in a leading platform in the sector, with the ambition to increase the utilised capacity on GCX’s existing routes as well as to add new routes and customers.”

Grivner noted in the company’s official announcement about the acquisition: “With 3i Infrastructure’s backing, GCX is well positioned to support global growth and customer needs in key markets, including connectivity to India, across the Middle East, and enhanced managed services opportunities across Europe.”

So if the operator were actually to build new routes, now might be a good time: Investment in data transport networks around the world is increasing, whether at the access, national, regional or international level, as consumers and enterprises make increasing use of bandwidth-hungry and often cloud-based applications. GCX notes that global data traffic demand growth “continues to exceed 25% per annum”, while “at the same time, increasing demand for digital transformation is driving demand for global managed network services, with growth estimates approaching 10% per year. 3i’s acquisition of GCX will enable additional strategic investment in systems and services to create future value for customers.”

While it decides what to do, GCX has plenty of existing infrastructure over which it can offer its services. The routes operated by the company are already extensive, and include:

The company also leases capacity on a broad range of other subsea cables for redundancy and to extend its reach to meet customer needs.

And 3i and the GCX team have an improving financial position on which to build. In the full financial year that ended 31 March 2022, the operator reported a 3% year-on-year increase in sales to $297.7m and a 44% increase in EBITDA to $85.5m.

It doesn’t have the market to itself, of course, as it competes with the likes of Arelion, AT&T, BT Global Services, Colt, NTT, Orange Business Services, Verizon and more, but with a well-known management team and financial stability (at last), 3i Infrastructure might just have made a canny investment.