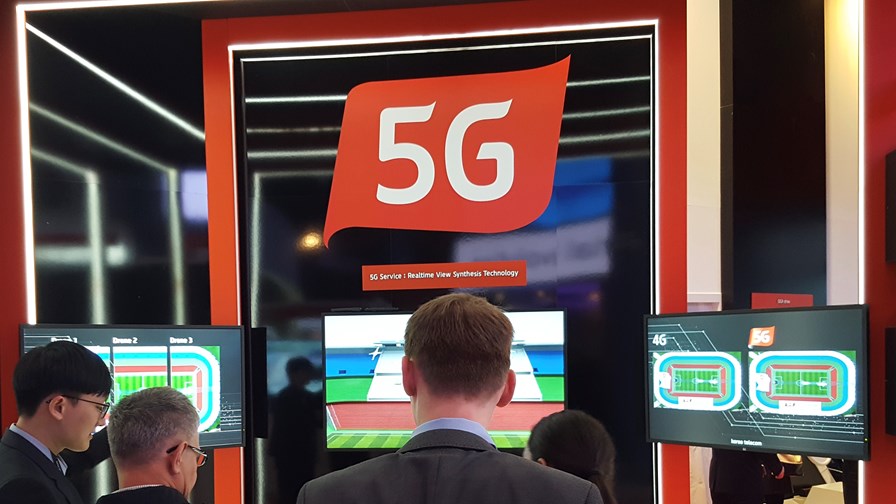 If you’re into ranking your country for 5Gness  - and it appears that many people are - you might be interested to learn that analyst firm Omdia has again ranked the UK as seventh out of the 22 leading 5G countries analyzed for 5G deployment. The rankings are from Omdia's latest Global 5G Progress Update from March 2020 (after which point, progress presumably became a little decelerated). The report ranks the deployment of 5G based on commercial operator launches, network coverage, subscriber take-up as well as 5G spectrum availability and regulatory environment. South Korea was ranked number one in the latest rankings followed by Switzerland, Kuwait and the USA.

2020 vision? Lenovo, which may be best described as a smart device specialist, has announced that a new in-house manufacturing facility in Hungary will be ready by Spring 2021.  Distributing your production facilities has a clutch of obvious advantages: it should get your manufacturing closer to your customers which helps with distribution and may endear you to national and local politicians for one thing.  It’s a way to tap local talent - Lenovo says it operates using a mix of  in-house and contract manufacturing, which it claims is a key source of its competitive advantage, providing greater efficiency and control over product development and supply chain operations.

In fractious 2020 it’s become obvious that political change is an ever present danger to supply chain relationships - just ask Huawei. Or ask Japanese auto manufacturers who may well find their assembly facilities stranded in the UK if there isn’t an agreement with Europe over auto tariffs in the wake of a Brexited UK. So spreading your eggs into different baskets is probably a better idea than ever. Lenovo says a global manufacturing approach has long been its strategy. It has  30+ manufacturing sites globally and claims it’s ended up with “one of the most flexible and global manufacturing footprints in the technology sector.”  Hungary is a continuation of that strategy

Orange has announced the launch of an online training platform "Orange Campus Africa" in partnership with the Virtual University of Senegal (UVS) during GSMA Thrive Africa.  It says that since the beginning of the health crisis, Orange Middle East & Africa (Orange MEA) has stepped up its e-learning initiatives “and wanted to offer a global platform that would meet the specific needs of African populations, universities and businesses", says Alioune Ndiaye, CEO Orange Middle East and Africa. “We want universities to be able to rely on online training to provide additional training and target more students. Students and professionals will also be able to take these courses on a personal basis and obtain a certification or even a diploma recognised in their country. It is a big step forward.”

More Nokia triumph during what you’d have to say has been a good week for the Finnish vendor. Today it announced that it has been selected by Finnish mobile operator, Elisa, as the nationwide supplier of 5G RAN. Nokia will provide its AirScale 5G RAN  with its enhanced ultra-fast, low-latency mobile broadband services to both consumer and enterprise customers. The deal continues Nokia’s long-standing partnership with Elisa into the 5G era, says Nokia. Well control your surprise, Nokia IS the Finnish technology champion, after all.

Adtran has got a deployment plan off the ground with Orange Polska, Poland’s leading operator. It’s currently rolling out its Fibre-to-the-home service and will use Adtran’s Gfast fiber extension solutions to accelerate delivery. Adtran’s boast is that it can offer true “seamless fiber extension options that can be deployed without requiring any costly and time-consuming IT adaptation of the existing GPON fiber networks”. Savings all round.

We could run a whole other site entitled ‘The pandemic changes everything’. And on it we could include announcements like this one. Chenosis has got together with EDGE Evolve on e-health APIs. Chenosis, Africa’s first cross-industry API marketplace, is open for multiple sectors to publish a diverse range of API’s, Now the partnership will offer the eMed hospital management suite of Application Programming Interface (APIs). The first APIs to be made available will be much needed “Patient Management” APIs.