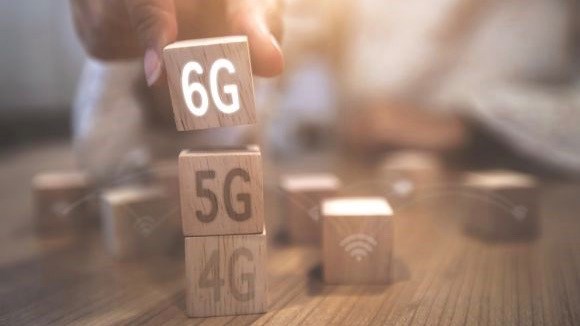 With 5G still in its infancy, the race to get a head’s start in 6G is already on, with multiple countries and regions desperate to be regarded as a leader in next generation wireless communications technology (and equally not be regarded as a laggard).

Germany, for example, is putting significant funds behind its own 6G research efforts. The country’s Federal Ministry of Education and Research (Bundesministerium für Bildung und Forschung, or BMBF) has allocated €700 million towards 6G R&D during the next five years, with an initial aim (backed with an initial €200 million injection) of creating “the basis for an innovation ecosystem for future communication technologies around 6G.”

“We have to think about the day after tomorrow now and help shape new key technologies and standards in communication technologies right from the start,” according to Germany’s Federal Research Minister Anja Karliczek.

“The digital transformation has accelerated and underscored the need for a strong network infrastructure. With 4G, we had wireless broadband internet for the first time and simpler machine applications became possible. 5G is already setting important standards here and will take digital networking to the next level. 6G, however, will be the mobile data technology of the future and will determine and even revolutionize our communication in the next decade. With 6G, data is transmitted more than 100 times faster than with 5G - with great advantages for mobile communication for every single person. But also for our industry and agriculture,” she added.

The initial step, underpinned by the initial €200 million funding, is to create 6G research hubs that can “prepare the next generation of mobile communication and the fiber optic networks required for it,” and to develop an umbrella project dubbed the “platform for future communication technologies and 6G” to coordinate activities, define and drive additional projects and liaise with other international bodies to address issues of regulation and standardization.

The potential of 6G, as explained by the BMBF, sounds exactly like the claims made for 5G – enabling high-res augmented reality, self-driving vehicles, remote medical procedures, and so on.

But as we all know, quite what 6G could be used for is anyone’s guess right now, given that we are still eight to ten years away from that next generation becoming a reality.

But it’s not about the use cases, it’s about having the capabilities developed at home – the tech wars of the past few years, the resulting mistrust (just look at the current finger-pointing related to global chip shortages) and the regionalization of developments means the driving force behind investments in 6G and, indeed, many other technology developments (including Open RAN) is intellectual property ownership.

The key passage in the BMBF’s positioning statement is very clear about this: “We now have to invest massively in 6G research. Only in this way can we strengthen the technological sovereignty of Germany and Europe in the long term. We don't want to be dependent on others in the future. For this we need a decade of new beginnings and massive investments in the technologies of tomorrow and the day after.”

There will be plenty of other initiatives within Europe to work with: The European Commission has undertaken an initiative called the Joint Undertaking on Smart Networks and Services (SNS) towards 6G that will have €900 million in funding (to be matched by industry investments) but the details of this have yet to be agreed and will be much later in 2021 before project proposals will be sought. In the meantime, 5G-PPP projects focused on 6G/beyond 5G with €60 million in funding have already been set up, with Hexa-X as the flagship initiative.

And of course ETSI is well underway with its 6G efforts, as we found out during the ETSI virtual event hosted by TelecomTV in November 2020, while in the UK the University of Surrey has already launched its 6G Innovation Centre (6GIC) to help continue the work already underway at the 5GIC.

And of course Europe is home to the 6G Flagship research project at the University of Oulu in Finland. The NGMN Alliance, based in Germany, has also included 6G as part of its new vision.

In North America, the US has long been beating itself up for having fallen behind China in 5G (though based on what sensible criteria it’s hard to tell) and seems hell bent on being at the forefront of 6G R&D, so there are numerous developments underway there too. The most prominent, arguably, is the Next G Alliance, “an industry initiative that will advance North American mobile technology leadership in 6G and beyond over the next decade,”has attracted a lot of high profile members.

And in China? Well, 6G is almost old hat, with research having started there in 2019. And with 5G investments already well underway in the country, the government is giving even greater prominence to 6G in the coming five years.

But the world is changing: This isn’t just about China, Europe and the US.

South Korea is certain to play a significant role in 6G, with Samsung having already laid out its vision in a white paper published in July 2020 and the South Korean government aiming to have pre-standards 6G network up and running in the country by 2026 backed by more than $180 million in funding.

In Japan, the government has long been keen on taking a lead in 6G research and is allocating significant funding towards the country’s efforts, and it’s hard to imagine that NTT DOCOMO (which issued its 6G white paper in January 2020), KDDI, Softbank and Rakuten Mobile will only watch from the sidelines.

And with the Indian government determined to develop as much 5G technology in-house in the coming years and Reliance Jio determined to play a tech development role beyond its service borders, India can also be expected to pitch in with 6G R&D.