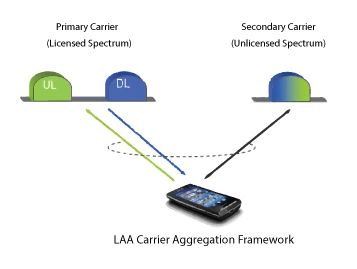 An open 3GPP workshop on Licensed-Assisted Access (LAA) has discussed the status of the standard’s development with some of the key stakeholders in unlicensed spectrum, including IEEE 802 LMSC, Wi-Fi Alliance, Wireless Broadband Alliance, Cable operators, and some of the involved Regulators.

The workshop is set to strengthen collaboration between 3GPP, the IEEE & the Wi-Fi Alliance not least by the increased understanding of each other’s processes that was achieved at the meeting. Dino Flore, the 3GPP RAN Chairman says that the next step will be the finalization of the LAA feature’s design.

He said “As emerged during the discussion, things are going in the right direction, but there may be few remaining technical details that will have to be discussed in the coming months, based on further evidence and technical analyses provided by IEEE and the Wi-Fi Alliance”

Coexistence testing was briefly discussed at the meeting. Both 3GPP RAN4 and the Wi-Fi Alliance have just started efforts on coexistence testing and it is expected that the two groups will start to interact in this area in the coming months.

Dino Flore added “Admittedly, coexistence testing is a new territory for both groups, which so far have been mostly focusing on interoperability and performance testing, so there is a need to increase understanding on how this will be achieved.”

Enea's CEO on the potential of 5G data