What’s up with… Verizon, Huawei, Nokia 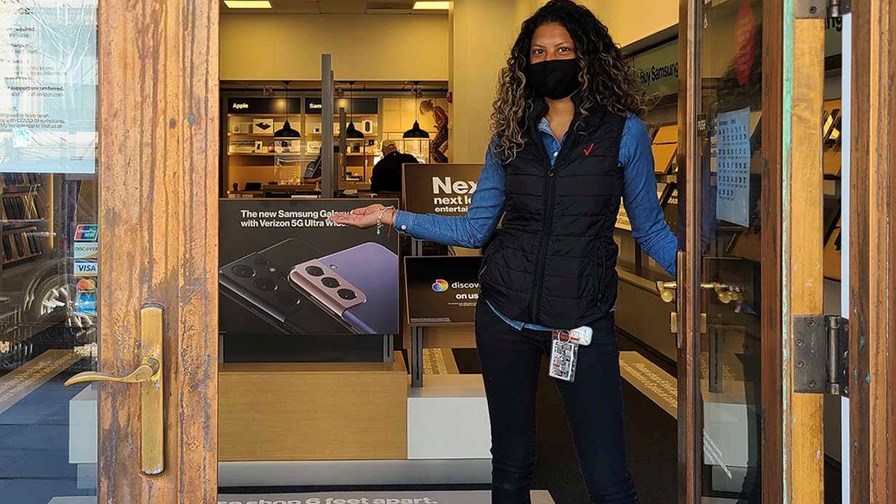 Verizon’s efforts to puts its staff at the heart of its strategy, more concerning news for Huawei in Europe and the patents ranking minefield sit atop today’s news mountain.

Verizon has released a Human Capital Report (its first), which outlines how the operator plans to attract and retain the best employees and help them achieve their potential. “Building a more connected world requires the full support of our greatest asset – our people,” stated Christy Pambianchi, Verizon’s Chief Human Resources Officer. “Our first Human Capital Report shows the depth and breadth of our ongoing commitments to attract and develop the best talent that will help us deliver on our priorities and translate directly into growth.” And the operator noted how the past year has impacted its human resources strategy.  “While COVID-19 served as a catalyst for workplace transformation, it also paved the way for Verizon’s future of work strategy, called Work Forward, to rethink the intersection between technology, people and place by applying learnings and V Team feedback from last year. In addition to work location and spaces, this also includes the tools and resources required to elevate the company’s productivity, collaboration and growth. Many of these changes will continue beyond the end of the pandemic.” That’s a message that’s likely to resonate in many other companies and comes at a time when CSPs in particular need to focus even more on their staff, skillsets and corporate culture as they adapt to a more cloud-oriented world. For more on Verizon, see this press release.

Huawei looks set to lose out at TIM (Telecom Italia), which, according to Reuters, has changed its mind about including the Chinese vendor in its 5G network equipment vendor roster, leaving Ericsson and Nokia to share the spoils.

According to research undertaken by PA Consulting, Nokia is “number one for ownership of granted patents that the researchers found essential to 5G standards,” leading the Finnish vendor to boast that this “confirms Nokia’s leadership in 5G Standard Essential Patents.” The study in question, PA Consulting’s 5G Standards Essential Patent Analysis, puts “Nokia, NTT Docomo and Qualcomm at the top when considering patent families with at least one granted patent in major jurisdictions (US/EP/JP/KR/CN) with LG, Samsung and Huawei following.” It adds that “Huawei and Samsung are up top when considering all patent families declared to ETSI (including ones with only patent publications and unpublished applications).” The topic of patent rankings is a minefield, but one that is likely to get bigger and more explosive as 5G develops further and 6G springs to life… and even Nokia seems to acknowledge this, as it closes out its press release with the following: “Disclaimer: Reference to a study does not equate to Nokia’s unreserved endorsement.” Roughly translated: We’re not sure all of the findings about patents are credible.

Last year the Chinese government took particular exception when billionaire Jack Ma, the co-founder of Alibaba, publicly espoused his support for an open market economy. He was immediately brought to heel when the huge and highly anticipated IPO of the Ant Group was cancelled just days before the floatation. He also "disappeared" for several weeks. Following his return to the public stage he has cut a quieter, diminished figure. Now the Politburo has used the People's Bank of China and its various allied financial regulatory authorities as proxies via which to keep a range of uppity of web companies and social media platforms firmly under its thumb. The move was presented as a "more in sorrow than in anger" invitation to attend "supervision interviews" but, of course, the reality is that it was a compulsory requirement for the leaders of the likes of ByteDance and Tencent to turn up, grovel, listen and enthuse. Which they duly did. The People's Bank reported that the companies summoned to for tea and cake or coffee and bitter aloes "heartily agreed" that they should rein-in their monopolistic tendencies and henceforth will "attach great importance to self-inspection and rectification work, under the guidance of financial management departments." They will also "fully benchmark financial regulatory requirements, formulate rectification plans, and earnestly implement them." Well, it was either that or an unspecified period of political re-education on duck farms dotted across the outermost reaches of the Middle Kingdom. It is believed that there are 34 companies on the current list of those that need to be shown just who the real bosses are.

Leave it to Beaver. The small town of Tumbler Ridge in the rural north east of British Columbia has experienced what the local network operator Telus calls "a very bizarre and uniquely Canadian turn of events." About half the town's 2,000 strong population lost their Internet and mobile phone connections this week when beavers chomped their way into the local four and a half inches thick armoured cable conduit and carries straight on through the fibre-optic cable, causing extensive damage. Not content with chewing through at just one point the beavers obviously got the taste for a melange of glass and plastic and munched their way through the fibre at several points, effectively chopping it into manageable lengths that were then taken back to their pond and woven into the fabric of their dam, making a colourful red, orange and black counterpoint to the brown of the logs and mud that are its major constituent parts. Deciding against a full-frontal attack during which they may have been seen and dissuaded, the beavers cunningly burrowed three-feet down and across into the neighbouring creek wall to reach their goal. Humans patched the cable and normal Internet services was restored after about 11 hours. Telus did warn though that mobile coverage might be a "bit spotty" for a while. "A bit furry" might be nearer the mark. By the way, there is no guarantee that the beavers won't make a return visit seeking more material to embellish their fortifications. ​