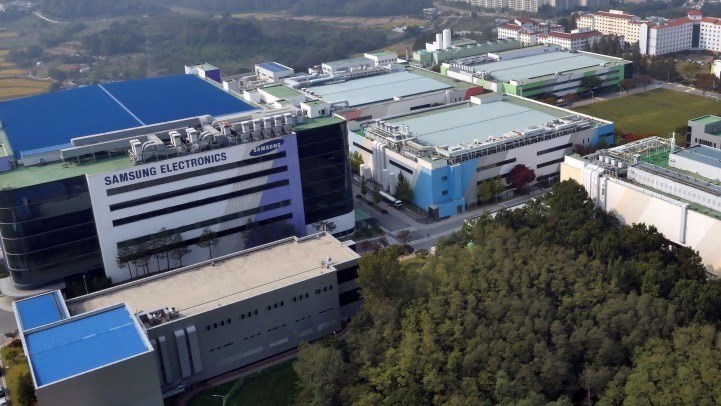 In today’s news roundup, Samsung shows that the global chip shortage isn’t bad news for everyone, while NVIDIA’s M&A plans get lined up for an EC rinse.

Samsung is making the most of current market trends, reporting record quarterly sales of almost KRW74 trillion ($63.3 billion) for the three months to the end of September, up by 10% year-on-year, with its revenues and margins helped by semiconductor sales. Full details can be found in this press release, but the company made note that its mobile networks unit has expanded its business in North America and Japan as well as growing 5G deployments in South Korea. “The Networks Business will continue to enhance hardware with custom 5G chips and strengthen software-based virtualization solutions for future growth as the Company pursues continued expansion overseas... [Samsung Networks is] exploring new business opportunities overseas including North America, Japan, South-West Asia and Europe. By improving the in-house 5G chip and advancing 5G virtualization solutions, the Company will strive to strengthen its product competitiveness and solidify foundations for growth,” noted the vendor, which this week announced a very interesting collaboration with optical transport systems giant Ciena. (See Samsung and Ciena join forces to offer 5G network solutions.)

The European Commission has opened an “in-depth investigation to assess the proposed acquisition of Arm by NVIDIA under the EU Merger Regulation,” the EC has announced, noting it is “concerned that the merged entity would have the ability and incentive to restrict access by NVIDIA's rivals to Arm's technology and that the proposed transaction could lead to higher prices, less choice and reduced innovation in the semiconductor industry.” And no one wants even higher prices in the chip sector right now (except the chip producers, that is...). “Our analysis shows that the acquisition of Arm by NVIDIA could lead to restricted or degraded access to Arm's IP, with distortive effects in many markets where semiconductors are used,” noted EC competition commissioner Margrethe Vestager. “Our investigation aims to ensure that companies active in Europe continue having effective access to the technology that is necessary to produce state-of-the-art semiconductor products at competitive prices,” she added in this statement.

Hispasat has signed a strategic capacity deal with Eutelsat Konnect to provide high-speed broadband connectivity to the whole of the Iberian Peninsula and thus provide immediate high-speed fixed broadband access to both Spain and Portugal. The multi-year wholesale agreement provides for Hispasat to combine its capacities with Eutelsat to provide 100Mbit/s services to telcos and ISPs. The press release on the agreement is coy when it comes to likely revenues, saying no more than it represents “a high-single digit € million annual revenue stream at full speed.” We’ll say about nine million euros then, shall we? Eutelsat Konnect has been operation since 2020 and has a total capacity of 75 Gbps. The latest deal, coming on the heels of wholesale agreements covering France and Italy, and a distribution deal for Germany, is evidence, if any further evidence were needed, of the continued importance of next generation geostationary satellites as solutions for the availability and deployment of reliable, high-speed broadband. Miguel Ángel Panduro, the CEO of Hispasat, commented, “Digitalisation cannot be addressed without having guaranteed connectivity everywhere first. Satellite technology has evolved and permits Internet access at 100 Mbps immediately from any location, no matter how inaccessible it is. At Hispasat we are fully committed to the goal of providing all citizens Internet access and contributing to digitalising economic activity regardless of geographic location. That’s why we have entered into this partnership with Eutelsat to complement our current capacity”.

Italian national operator TIM is facing the classic traditional telco dilemma – its sales are shrinking, but it needs to invest. Its third quarter revenues in Italy dipped by 3.2% year-on-year to €3.11 billion, while its capex spending in its domestic market grew by 24% to €765 million as it rolls out more fibre broadband lines and expands its 5G coverage. And it has revised its full year outlook to reflect less than stellar conditions, with TIM now expecting group service revenues to decrease – previously it has forecast a slight year-on-year increase. That news put pressure on its share price, which at €0.32, is at its lowest point this year. TIM notes that its digital units, such as its cloud operation Noovle, are growing nicely but essentially it needs its fibre investments to pay off so it can generate stable and growing returns from broadband services, and find a way to improve revenues from its 30 million-plus mobile customers, through the rest of this decade. For more on its current business and strategic plans, see this press release.

UK telecoms regulator Ofcom has accepted requests made by mobile operators Three and EE (part of the BT empire) to increase the permitted power output levels of equipment used in the 800MHz spectrum range. The net result will result in increased but limited 4G mobile data coverage. The permitted tweak will see the 800MHz band brought under the same technical specifications that apply to the 700MHz spectrum allocated to 5G. The 800MHz band permits wide-area mobile coverage and is particularly beneficial in rural and remote areas but can cause interference to digital television services. What’s more, at 800MHz, data speeds can be degraded and slowed which is why carrier aggregation is often applied in wireless networks to increase the data rate per user. Here, multiple frequency blocks (or component carriers) are assigned to the same user thus increasing the maximum possible data rate per user in direct proportion to the number of frequency blocks that are assigned to that user. Another benefit of carrier aggregation is load balancing. Ofcom’s ruling further means that power limits for wireless licences will in future be measured per antenna instead of per individual piece of equipment. It also calls for operators to apply mitigation systems to prevent TV interference. Of the UK’s Big Four mobile operators, both Virgin Media O2 and Vodafone have a licence for 20Mhz of the 800MHz band, while EE and Three UK each have 10MHz. In a statement, Ofcom writes, “We have decided to allow an increase in the permitted base station transmit power from 61 dBm/(5 MHz) EIRP to 64 dBm/(5 MHz) EIRP. This is accompanied by a change to the way in which the power limit is referenced, moving from per radio equipment to per antenna. As part of this change, femtocells must implement power controls to minimise interference to adjacent channels. The use of these higher powers is subject to the operator having in place a mitigation scheme to protect Digital Terrestrial Television (DTT) viewers should interference arise.” It adds, “Licensees are required to show compliance with the internationally recognised guidelines on electromagnetic fields (EMF) for the protection of the general public. These guidelines are set by the International Commission for Non-Ionising Radiation Protection (ICNIRP) and ensure that these sites are operated in a way that does not adversely affect people’s health.” Ofcom expects that, even if these operators use the increased power, the emission limits will remain well within the set guidelines. It’s good to know that people won’t be cooked in their own juices while they are watching The Great British Bake Off...

As the crow flies, it’s 1,002 kilometres (or 622 miles) from Phnom Penh in Cambodia to Kuala Lumpur in Malaysia, or 2,116 kilometres (1,315 miles) for a bad 30-hour drive between the two capitals, but a possible diplomatic spat is brewing between the two countries over a mere 16 kilometres (10 miles) of alleged “illegal” cable deployment in three remote rural areas. Also central to the argument and potential legal proceedings is the whereabouts and status of Thomas Hundt, the German CEO in Cambodia of the Malaysian-owned operator Smart Axiata, which is a mobile telephony and mobile broadband provider. Cambodia has six operators, Cellcard, Smart Axiata, Metfone, Seatel, Cootel, and qb. Between them, Metfone, Cellcard, and Smart, have 90 per cent of all subscribers. The Telecommunication Regulator of Cambodia (TRC) has started legal proceedings against Herr Hundt. Last week it was suddenly announced that he was leaving Cambodia to work for the Axiata Group in Kuala Lumpur. It is not clear whether the news was released before Hundt departed Cambodian territory or after, but either way the Cambodian authorities are rather miffed. Apparently Hundt is currently in Germany. The TRC’s case is that a “special audit” conducted in partnership with the Ministry of Posts and Telecommunications General Inspectorate has found that 16 kilometres of fibre-optic cable have been “illegally laid” in three extremely rural areas in Cambodia. The TRC has announced that, “As a result, evidence has been seized and retained for further legal procedures, which may lead to possible arrests of related individuals and actions against Smart Axiata.” The regulator adds that it will “continue to inspect all fibre-optic networks and take action on "noncompliant installations," and that “some telecom operators blatantly continue in breach of the laws." The laws and regulations themselves are a bad joke, infamously opaque, malleable and applied with almost no consistency. In its response to the TRC, the Axiata Group wrote that Hundt has been appointed as its group chief strategy and technology officer with immediate effect, will step down as CEO of Smart and relocate to Kuala Lumpur. Dato' Izzaddin Idris, group president and CEO of Axiata said that under Thomas Hundt’s “capable stewardship, Smart Axiata grew rapidly to eventually become the No. 1 player in the country [Cambodia].” Reaction regionally and internationally has been swift. Stephen Higgins, a managing partner with the investment management outfit Mekong Strategic Partners of Phnom Penh said, "This is sovereign risk writ large. That a company CEO can be threatened with prosecution for something so seemingly minor and for which the approval process has never been particularly clear - it's quite extraordinary. This will put a chill up the spine of anyone thinking about doing business in Cambodia." Others are warning that if a trial does take place, it could have direct repercussions on Cambodia with foreign investment being diverted to developing nations elsewhere in Asia.  One thing’s for sure. Thomas Hundt won’t be flying to Cambodia any time soon.