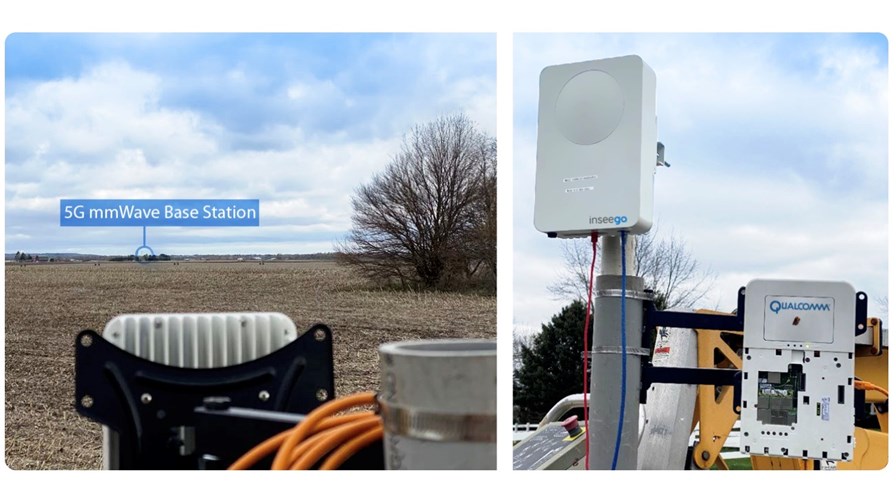 Fixed wireless access (FWA) gets more interesting by the day… Network operator UScellular, in partnership with tech vendors Qualcomm, Ericsson and Inseego, have conducted some very interesting FWA tests using mmWave technology on UScellular’s commercial network, and managed “sustained” average downlink speeds of 1 Gbit/s at a range of 7km with a clear line of sight, and “sustained” average downlink speeds of 730 Mbit/s at a distance of 1.75km with no line of sight. For the full technical details, see this announcement.

The Telecom Infra Project (TIP) has adopted the Wireless Broadband Alliance’s OpenRoaming standard for its soon-to-be-launched OpenWiFi initiative. “TIP’s adoption of WBA OpenRoaming will accelerate the adoption of the standard, which will allow users to securely roam from location to location without the need for logins, registrations or passwords,” notes the WBA in this announcement.

The plan to create a single unified fixed broadband access network in Italy by merging the assets of TIM (Telecom Italia) and those of wholesale operator Open Fiber looks to be dead in the water following a government intervention, according to Reuters. The news hammered TIM’s share price, which dipped by almost 6% to €0.42.

In California, AT&T does not emerge smelling of roses following the Golden State's Public Utilities Commission report on its investigation into Ma Bell's policies and practices and announced that the telco "consistently failed to meet existing service quality metrics." It added, "AT&T appears to have adopted a ‘harvesting strategy’ for its legacy POTS (Plain Old Telephone Service) services… the company has ceased active marketing of POTS, has degraded POTS service quality, and instead relies upon successive price increases and customer inertia to maintain its declining POTS revenue stream." The report continues "'Harvesting’ of this legacy service customer base allows AT&T to maintain revenue levels and to extract the maximum amount of capital from its California ILEC (Incumbent Local Exchange Carrier) entity in order to support the parent company’s wireless, video distribution, video content, and other business initiatives – activities that have captured the overwhelming bulk of management’s attention." The report also notes that "AT&T’s investment policies have tended to favour higher-income communities, and have thus had a disproportionate impact upon the state’s lowest income areas." There are 50 states in the US (a total that might rise to 51 if Washington DC manages to achieve the statehood it is agitating for) and each state has telcos providing POTS. What's the betting that lucrative harvesting of fixed line customers is also happening across the other 49? Remember, for every lucrative dollar routinely harvested, subscribers are being serially reaped.

In Lagos, Nigeria, the state government has castigated telcos that are illegally deploying fibre-optics by the simple expedient of turning up on someone's, anyone's, land, and without permission, digging a trench and dumping a cable in it. Backhanders may be involved. It isn't the first time network operators and private companies subcontracting to them have been warned about their naughtiness and it probably won't be the last. There seems to be no sanctions regime behind the ministerial sabre-rattling and expectations are that things will go on just the way they are. The miscreants are urged to sign-up to and register with the state-sanctioned fibre buildout project covering 20 local government areas. In 2020 Lagos deployed 3,000 kilometres of the Fibre Metro Network Programme and dug 3,000 kilometres across Lagos State last year as part of the Smart City initiative. The warning to the errant telcos was given by Mr. Hakeem Popoola Fahm, the Commissioner for Science and Technology, at a ministerial press briefing called to celebrate the second anniversary of the accession to the administration of Lagos State by Governor Babajide Sanwo-Olu. Lagos State is the most populous in Nigeria and indeed, in the entirety of the African continent.

Many mature markets have reached close to 100% broadband penetration now, according to ABI Research, and that’s resulting in higher levels of competition amongst broadband operators who are looking for ways to deploy a better broadband experience without having to deploy last mile fibre, it claims. Operators are therefore turning to Wi-Fi mesh and 5G Fixed Wireless Access (FWA) and it expects to see CPE unit shipments in support of those technologies reaching 40.6 million and 14.6 million units respectively in 2025. Read more…