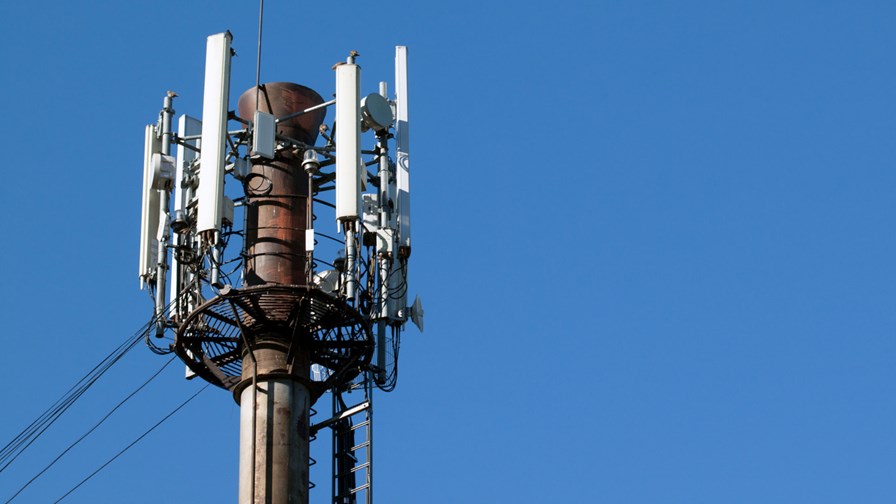 Vodafone has announced it’s initial 5G deployment plans for the UK. It says it’s set to flick the switch and launch non standalone 5G in seven UK cities on July 3rd. The company claims the move means it is leading the way in UK 5G and that its ability to offer 5G roaming in UK, Germany, Italy and Spain right off the bat this summer will be a worldwide first.

Vodafone’s announcement must offer welcome relief from talk of its  ‘financial headwinds’. The last year has seen its share price lose a third of its value as it sold off bits of itself, most recently its mobile network in New Zealand. It’s desperately in want of a bit of good news to cheer investors and stakeholders.

Strategically, Vodafone is in the process of pulling back from its International adventures and using the money to pay down debt and concentrate on Europe where it is currently working to complete a  €18.4 billion deal on German and Eastern Europe cable assets with Liberty Global.

Regulatory worries over reduced competition via that deal resulted in Vodafone this month sealing a high speed broadband cable wholesale agreement with Telefónica Deutschland so that it could offer high-speed broadband services to consumers on Vodafone and Unitymedia's German cable network - Telefónica Deutschland was judged to be the most likely competitive casualty from Vodafone’s cable purchase.

It all added up to Vodafone showing a €7.6 billion loss in its latest financial results.

Then there’s the cost of upgrading its networks to 5G. To help make those numbers work Vodafone decided to exit the New Zealand market and take the NZ$3.4 billion proceeds with it. It has also just announced that it’s going to cut its dividend by 40 per cent. That development, though already factored in to investors’ expectations, marks a fall from grace as far as the UK’s big pension funds are concerned since they relied on Vodafone’s formerly steady dividend stream.

Just for fun we’ve calculated the proportion of the population that very initial 7 city deployment will cover.

We understand that not all the geographical area of a large and sprawling city like London is likely to be covered initially, but this calculation at least gives a flavour. 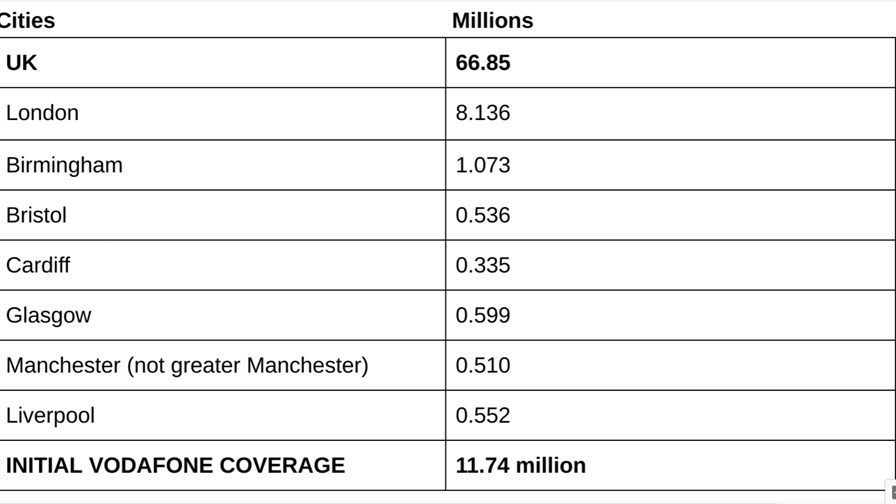 Vodafone will be covering 17.5 per cent of the entire population with its first cities : much smaller than I imagined before doing the calculation. That only gets the operator less than a fifth of the way to 100 per cent population coverage which goes to show how time consuming and expensive it is.

Vodafone claims it will price 5G the same as 4G for both consumers and business customers. And it has a choice of 5G smartphones lined up and available to buy online or in Vodafone stores over the summer.

The first smartphone goes on sale next week and Vodafone will also offer a 5G router for use in the home and office to give customers without a fixed line connection high-speed broadband access.

Vodafone says it’s also creating digital innovation and incubator centres across the UK. It will soon open a technology centre at MediaCity, Salford, Greater Manchester, and today is unveiling plans for a major new 5G facility at the Ricoh Arena - home of Wasps rugby and netball clubs.