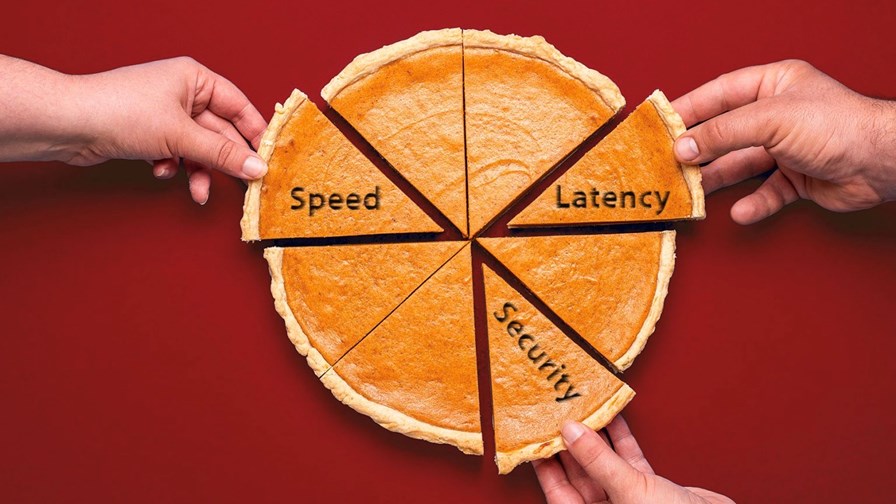 Vodafone and Ericsson have completed successful trials of on-demand 5G standalone (SA) network slicing services in the UK, but the operator has voiced concerns that their full commercialisation is at risk because of current national net neutrality regulations.

In the trial, the slice achieved a download speed of 260 Mbit/s and latency of 12.4 milliseconds. Furthermore, the whole process of ordering a slice of the network through to provisioning and deploying it took Vodafone and Ericsson just 30 minutes, the partners claim.

Vodafone stated such an experiment has never been done before in the UK and expects customer proofs-of-concept (PoCs) by the end of the year.

In addition, Vodafone has plans for its other European units will be able to take and redeploy the UK network slicing trial set-up as part of the company’s efforts to bring its multi-market operations closer, thus saving time and effort.

And in the future, Vodafone’s vision is to develop a catalog of various network slice use cases and enable their selection, customisation and automated delivery through a customer portal, thus fulfilling the modern telco dream of automated digital service delivery.

Andrea Dona, Chief Network Officer at Vodafone UK, said the trial was “fully automated end-to-end” from order to provision and definition, all delivered in less than half an hour.

“We’re actually bringing to life NaaP [Network as a Platform], network slicing, easily configurable from the customer,” and highly standardised and easy to use, he added.

Dona described the trial completion as “beautiful,” allowing for automatic configuration of the network so it has the bandwidth required in any given scenario.

He argued that network slicing is “an incredibly valuable step forward” in bringing new ideas and innovations to life, giving path to industries like gaming, entertainment and healthcare to begin a new era.

The potential gains for CSPs are significant, according to a study recently conducted by Ericsson and Arthur D. Little, which concluded (somehow) that network slicing could potentially deliver $200 billion in value to CSPs, with 30% of 5G use cases requiring such slicing capabilities in the future.

Importance of the trial

Omdia’s Research Director of Service Provider Strategy and Regulation, Dario Talmesio, identified a “certain advantage” for Vodafone in working with the ecosystem following the move. “By that, I mean that the sooner you give the toy to the developers, the sooner they can start building something meaningful with it,” he added.

Also, he claimed that Vodafone and Ericsson have now shown they are ready to launch the “real” 5G. “I’d say it’s about time, because 5G was introduced in the UK nearly three years ago and, so far, it is just a better mobile broadband,” Talmesio commented, reflecting a slight frustration across the industry.

But whether Vodafone will be able to benefit in full from network slicing is a question of market urgency, the analyst claimed. “Developers will start their work if they sense that there is a commercial demand for slices, that demand will come for those that can articulate the value of these slices,” Talmesio said.

“Outside of China, the 5G SA market is not well developed and it is important for operators to gain experience and expertise in slice management for third parties,” noted Phil Kendall, Director of Service Provider Group at Strategy Analytics.

He described 2022 as an important year as mobile operators look to 5G SA and network slicing as a solution which would enable them “to develop broad platform capabilities to unlock enterprise and consumer service opportunities. In many respects, this is an era of mass customisation of network-based services, allowing application developers to build services that are tightly integrated with the network, rather than operators having to pick winners for integration work”.

So far, so good: Exciting new innovations and use cases for consumers and enterprises alike can be potentially unlocked through slicing the network according to end-user needs.

But there’s a problem, at least in the UK, in what is perceived to be a level of ambiguity in the country’s net neutrality legislation, which currently states that broadband providers “must treat all internet traffic on their networks equally, and not favour certain websites or services”. The question is whether network slicing contradicts the concept of an open Internet – this is currently undergoing review by the nation’s regulator, Ofcom.

“The outcome could have serious ramifications for telcos’ ambitions,” Mann noted.

Talmesio also highlighted the current legislation as an issue to network slicing, cautioning that “changing the regulatory environment is tougher than changing a network.”

Kendall also pointed to the need for the regulatory environment on net neutrality to be “a little less ambiguous about the legality of network slicing” in order for the market to be ready for its widespread adoption.

But Vodafone’s Dona is optimistic about the potential of a regulatory update that would give the green light to network slicing use cases.

“We really welcome Ofcom’s latest request for our input. They seem to be acknowledging a need for a shift” as the world has changed since the starting days of the open Internet. “Now, the different devices out there, the different services that we’ve got, the different technology require a review,” he emphasised.

And Vodafone has suggested a concept of zones depending on the different types of devices – such as mobile, Internet of Things (IoT) and fixed wireless access (FWA), because they operate in different environments.

“We’ve been very pragmatic to understand the need for regulation and have a level-playing field, and we propose things like having the concept of zones,” Dona said, adding that “you can’t compare apples, oranges and bananas” because it creates a barrier “to doing and commercialising” things like network slicing.

The matter is one of Ofcom’s priorities for its work in 2022 and 2023, and the authority has previously said it will, during that timeframe, look into “how the net neutrality framework can best serve users’ interests and promote access and choice, while allowing businesses to innovate and invest.”

If the outcome is favourable, you can be sure we’ll hear about it from Vodafone.