GSMA assures America that it WILL lead the 'migration' to 5G 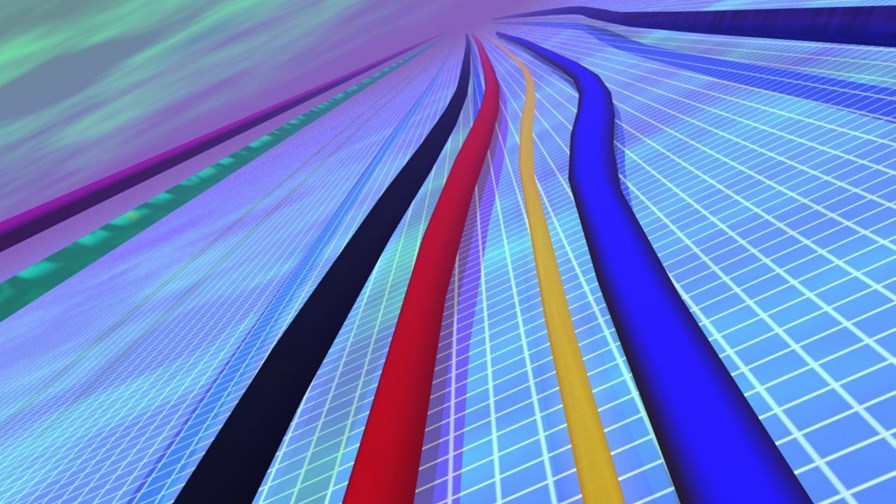 The GSMA has published a ‘study’ which sets out to show that the US and Canada will maintain ‘global leadership’ in mobile by racing to be ‘first’ in deploying 5G. As has become usual it ropes in selective numbers and creative dot-joining to make its case, with the result that the ‘study’ might seem more polemic than sober academic reporting.

So yes, North America  ‘might’ win a ‘race’ to 5G on some measures, but there’s no hard evidence in this study to prove that it will.

The argument seems to boil down to: the US has a lead in LTE deployment (despite the fact that its aggregate LTE end user pricing is higher and its LTE speeds are lower than in most developed countries) and it will use this position as a springboard to 5G - presumably because non standalone new radio (NR) relies on an existing 4G network.

Does this mean that any network with some New Radio infrastructure attached can fairly be described as 5G?

You could make a case for it. Even though most users will initially have phones unable to take advantage of NR, they will nevertheless benefit since the new NR capacity takes some of the load off the LTE radios, improving LTE performance. So, as the big US networks will all have some New Radio attached, can they safely be classified as 5G? If so, mission accomplished. Race won. Return to barracks.

Does my nit-picking matter?

Yes, it does. In a world swirling with political lying (the telecoms industry included) it’s worth imposing the odd health warning now and again. We’ll pull this study out in 2025 to see how it’s gone. (see Martyn Warwick's piece today on US regulator's broadband statistics: Rubbish in - Rubbish out - Rubbish throughout.)

North America’s Mobile Ecosystem Contribution to GDP to Increase 32 Per Cent Over Next Four Years to Reach $1.1 Trillion by 2022

Los Angeles : Almost half of all mobile connections in North America are forecast to be running on 5G networks by 2025, according to a new GSMA report, suggesting that the region will migrate to 5G at a much faster rate than comparable markets in Europe and Asia. The latest edition of the GSMA’s flagship Mobile Economy series, published at Mobile World Congress Americas this week, predicts there will be around 200 million 5G mobile connections in the USA and Canada by 2025, representing 49 per cent of the projected total market by that point. The report also calculates that North America’s mobile ecosystem generated more than $830 billion in economic value last year, equivalent to 4 per cent of the region’s GDP1 .

“Mobile operators in North America are now making record levels of investment to upgrade networks and acquire spectrum as we commence the 5G era,” commented Mats Granryd, Director General of the GSMA. “With nationwide mobile broadband coverage and high levels of smartphone ownership, consumers across the US and Canada are highly engaged and early adopters of new types of digital service and content – and we therefore expect these two markets to migrate rapidly over to new 5G networks over the coming years.”

4G is currently the dominant mobile technology in North America (accounting for 70 per cent of connections in 2017) and will continue to grow until next year, when 5G will begin to make an impact. US operators will launch the first commercial 5G networks by this year, with operators in Canada expected to launch 5G in 2020. It’s expected that by 2025, the 5G adoption rate in North America (49 per cent of connections) will be significantly ahead of Europe (30 per cent) and key Asian markets such as China, Japan and South Korea (30 per cent, aggregate).

The number of unique mobile subscribers2 in North America exceeded 300 million in 2017, representing 84 per cent of the population, the second-highest subscriber penetration rate globally, behind Europe. The subscriber base is forecast to increase to 328 million by 2025, lifting the penetration rate to 86 per cent.

The impact of next-generation mobile technologies and services is resulting in a growing contribution to the region’s economy. By 2022, the mobile industry’s economic contribution is expected to increase 32 per cent to $1.1 trillion, or 4.9 per cent of GDP, up from $833 billion (4 per cent of GDP) in 2017, driven by increased productivity and the ongoing digitisation of industry and services. North America’s mobile ecosystem also supported nearly 2.4 million jobs in 2017 and was responsible for $114 billion in public sector funding via general taxation (not including funds raised by spectrum auctions).

However, the industry in North America is currently undergoing a period of rapid change, driven by large M&A deals involving telecoms and media companies, heightened competition from internet players such as Netflix and Amazon, and the growing adoption of technologies such as the Internet of Things (IoT). The number of IoT connections in North America is forecast to almost triple between 2018 and 2025, reaching almost 6 billion.

“North American mobile operators are offsetting the decline of many traditional mobile services by successfully unlocking new revenue opportunities in content, IoT and – very soon – 5G,” added Granryd. “The early 5G use cases in the region are likely to focus on the provision of enhanced mobile broadband offerings to the consumer market, while services in areas such as autonomous vehicles, industrial and vehicular automation, remote medical surgery, and advanced AR and VR, will gain scale soon after.”

The new report ‘The Mobile Economy: North America 2018’ is authored by GSMA Intelligence, the research arm of the GSMA. To access the full report and related infographics, please visit: www.gsma.com/mobileeconomy/northamerica/