UK gives Huawei 5G the order of the boot (for now) 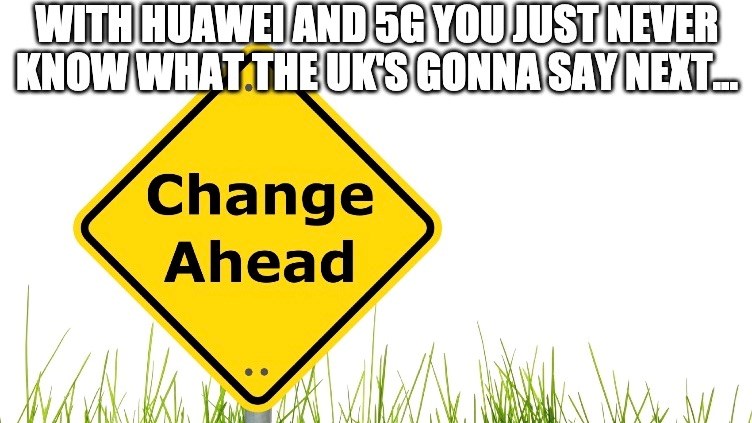 The UK government’s U-turn over whether any Huawei gear can be used in the country’s 5G networks is complete following an announcement on Tuesday morning by the Digital Secretary of State Oliver Dowden: Whereas the Chinese vendor’s technology was previously allowed in the UK operators’ 5G radio access networks, albeit on a limited basis, it all has to be removed by the end of 2027 because of security concerns.

Just months ago, it was OK for UK operators to buy at least some 5G network equipment from one of their key suppliers, but after 31 December 2020, “buying new Huawei 5G equipment is banned,” and all Huawei equipment “will be completely removed from 5G networks by the end of 2027,” the UK government announced.

And that’s bad news for BT (its current EE network has a lot of Huawei gear), Vodafone (it has some Huawei and mostly Ericsson gear) and Three UK (went all in with Huawei for 5G), which now face the painstaking task of having to rip and replace a lot of technology that had been deemed fit for purpose. It’s good news for Ericsson and Nokia, the prime candidates to step in as replacements (although Samsung and the Open RAN vendors will be pitching hard for a piece of the action too, no doubt).

In a statement to the UK’s House of Commons, Dowden noted that the ruling will likely result in “a cumulative delay to 5G rollout of two to three years and costs of up to £2 billion [$2.5 billion].”

And it doesn’t stop at 5G radio access network technology either: FTTH/B technology supplied by Huawei is also set to receive the order of the boot, though the timeframe is as yet unknown, according to the UK government:

“The UK has managed Huawei’s presence in the UK’s fixed access networks since 2005 and we also need to avoid a situation where broadband operators are reliant on a single supplier for their equipment. As a result, following security advice from our world leading experts, we are advising full fibre operators to transition away from purchasing new Huawei equipment. A technical consultation will determine the transition timetable, but we expect this period to last no longer than two years.” Advising? Expecting? Really?

The catalyst for the U-turn is new advice from the UK’s National Cyber Security Centre (NCSC), which has been examining the impact of the US administration’s sanctions against Huawei: Ultimately, the NCSC believes Huawei’s supply chain is broken, and alternative components to those that have traditionally been supplied to Huawei by US manufacturers are not deemed safe, it seems.

The full announcement from the UK government can be seen by clicking on this link.

Does the decision stand up to much scrutiny? Well, it begs a number of questions and makes the future for the UK's network operators somewhat uncertain.

If Huawei’s technology is not deemed safe, by whatever criteria (liable to failure, easy to hack, ripe for backdoors snooping, easy for drunk teenagers to steal after a night of socially-distanced cider drinking), then doesn’t that mean the networks run by BT and Vodafone will, at the very least, be perceived as a security risk for the next 77+ months?

And what if a new administration takes over in the US, relations with China thaw and the sanctions on Huawei are lifted? Will the UK government reconsider?

In the meantime, while Samsung and NEC and a host of Open RAN technology vendors will have pound signs in their eyes, the most likely beneficiaries in the 5G RAN instance will most likely be Ericsson and Nokia. Let’s hope the US administration doesn’t fall out with either Sweden or Finland.

And there will likely be smiles on faces at the headquarters of ADTRAN today: It was selected as the third FTTx equipment supplier by Openreach, BT’s semi-autonomous fixed access network unit, earlier this year, with Nokia and Huawei the existing incumbents. It’s hard to imagine that ADTRAN isn’t going to see more business with Openreach as a result of today’s announcement.

But what will happen next year? Or in 2022? What third party decisions will impact UK government policy in the future? Along with all the other new norms, add national networking supply chain option uncertainty to the list.