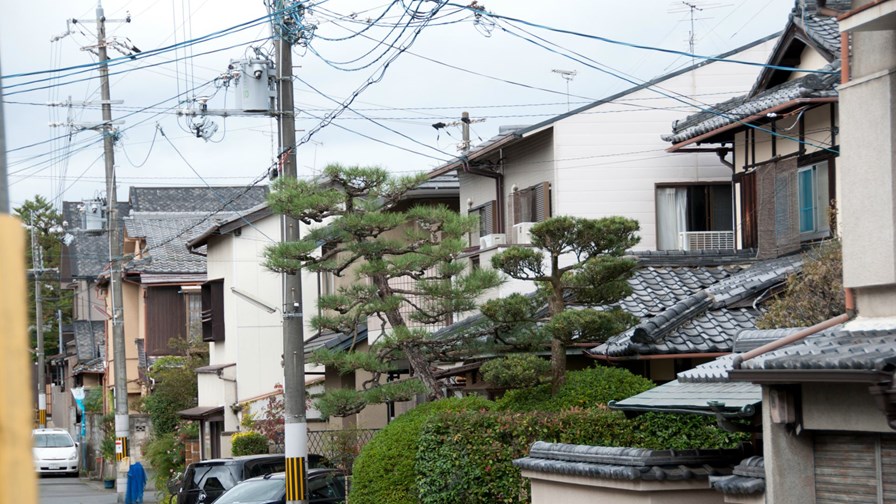 Anyone who’s been to Japan will have an abiding memory of the rather tangly pole-supported wirescape that can be seen running up and down many of the streets there. Earthquakes are often cited as the reason, but mostly it’s because that’s just the way it is. Now many power lines in Japan are being buried, at least down the main streets.

But wait! If the poles are kept and the power lines retained, you’ve got a great solution for small cell deployment for 5G.

Which is just what the power company, TEPCO (Tokyo Electric Power Company) and a fine collection of Japanese 5G deploying telcos are planning.

This is a great match. When it comes to 5G deployment, the small cell backhaul barrier looks likely to be overcome with radio, leaving power supply as the major structural problem (along with permissions and site rentals, of course).

So if you involve the pole-owning power company as a partner and throw in site sharing with other telcos, it looks on first sight to be a very powerful, cost-busting combination.

The partners point out that full-on 5G will utilise high frequency bands in order to enable higher speeds and greater capacity. As the distance between base station and receiver diminish and the near line-of-sight requirement becomes greater, the only certainty is that the number of base stations required for 5G will be far larger than currently deployed for 4G, with all the difficulties that implies.

New models of ownership and sharing are being mooted to overcome this, including neutral host, but the driver is always some form of infrastructure sharing.

TEPCO says it’s  been working with KDDI to explore sharing utility poles and other electric power infrastructure and base station equipment between mobile network operators. Preparations are now complete and the companies are set to begin trials using actual equipment.

The trials, which SoftBank and Rakuten Mobile Network are also set to join, aim to verify the feasibility of location and equipment sharing between mobile network operators. Specifically, the trials will evaluate the equipment, layout, workability, serviceability and the level of radio interference resulting from sharing the antenna for base station installations on utility poles.

There are also plans to expand the number of companies participating in the trials to include other organizations planning to utilize 5G in the future.

The trials are scheduled to begin in the first half of this year.

Alliances between utilities and telcos have always been tempting for both parties since some time in the 1980s. Many have been tried with only partial success. But TEPCO’s relationship with KDDI has at least a couple of prongs to it. Just last month the two giants set up an electricity and gas retail partnership - KDDI will offer discounts to subscribers of its mobile service if they choose to pay their mobile bills in conjunction with electricity or gas bills. Customer ‘stickiness’ is the goal here.

KDDI already sells electricity across Japan through relationships with four other power companies.