Telefónica launches 5G and cranks the hype knob up to 11 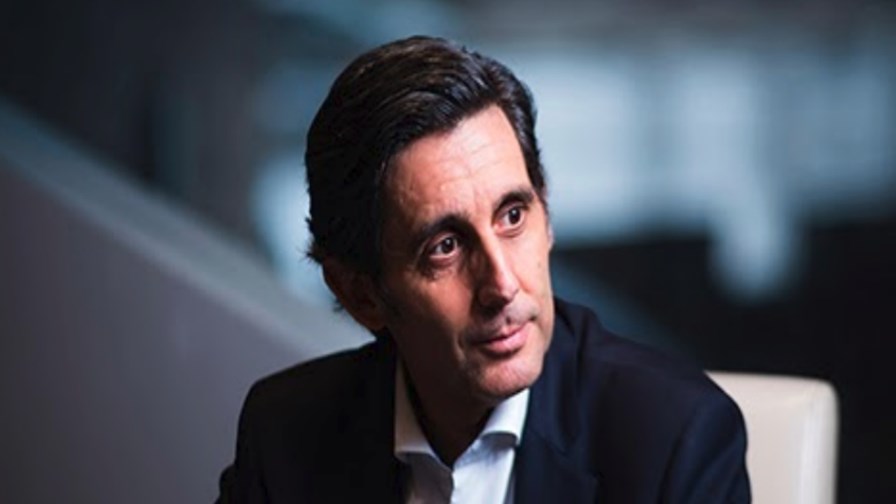 Spain’s Telefónica is making a big publicity splash with its 5G network launch and switch-on  today with what it describes as a “leading hyperconnectivity offer in Europe thanks to the [5G] combination with fiber optics.“

The national telco claims it will cover 75 per cent of the Spanish population this year, according to its  president, José María Álvarez-Pallete, who even holds out a vision involving Spain “leading the Fourth Industrial Revolution".

Telefónica certainly leads on one 5G measure: the 5G hype index, which, as we’ve often observed, features some formidable competitors.

Enthusiastic boosterism is one thing. You expect corporate leadership to demonstrate pride and enthusiasm for the future, but Álvarez-Pallete (or perhaps his script writer) is something else.

He claims that Spain already leads Europe's digital infrastructures with the most extensive fiber optic network. That may be true, but it hasn’t impressed investors. The company’s share price performance has been abysmal leaving Telefonica near the bottom of the European heap when it comes to capitalisation, falling from a high of well over $100 billion in 2010 to a meagre $22 billion now. Its debt is also an eye-watering $44 billion.

To dig itself out, Álvarez-Pallete says Telefónica’s approach to 5G provides the germs of a recovery.

It says it will launch an offer for both private customers and companies; is committed to the multitude of cost-cutting benefits, direct and indirect, that 5G brings to key sectors such as transport, tourism, energy, automotive or health.

“Huge benefits are coming for Spain. 5G is not just a new generation of mobile telephony, it is a revolution due to its practical applications for all sectors and because it allows the expansion of ultra-broadband coverage in rural areas and in emptied [depopulated rural] Spain.”

He lists the usual 5G litany of features and promises - ultra-low latency which will see “most of our everyday objects... connected to each other and to us, with greater bandwidth and a speed of milliseconds”; remote surgery, the autonomous car, the intelligent management of energy resources and cities, or the most advanced entertainment possible.

5G is to be rolled out in standard phases. The first will involve NSA (Non Stand Alone) and DSS (Dynamic Spectrum Sharing) with stand-alone following on. Initial deployment will make use of the current sites and infrastructures but in the medium to long term will be complemented with new base stations and small cells, depending on the capacity or coverage required.

Telefonica will be deploying the 3.5 Ghz bands with the medium bands (1800 - 2100 MHz), being shared between 4G and 5G using DSS. Spain will see the gradual shutdown of the old second and third generation networks while the fixed copper network will be replaced by fibre before 2025.

So a pretty standard and unexciting deployment plan. Nothing wrong with it except it being a little late perhaps, but Telefónica will have to pull some cunning plans out of the hat if it’s to get anywhere near “leading the Fourth Industrial Revolution".