Technology Has No Age Limit 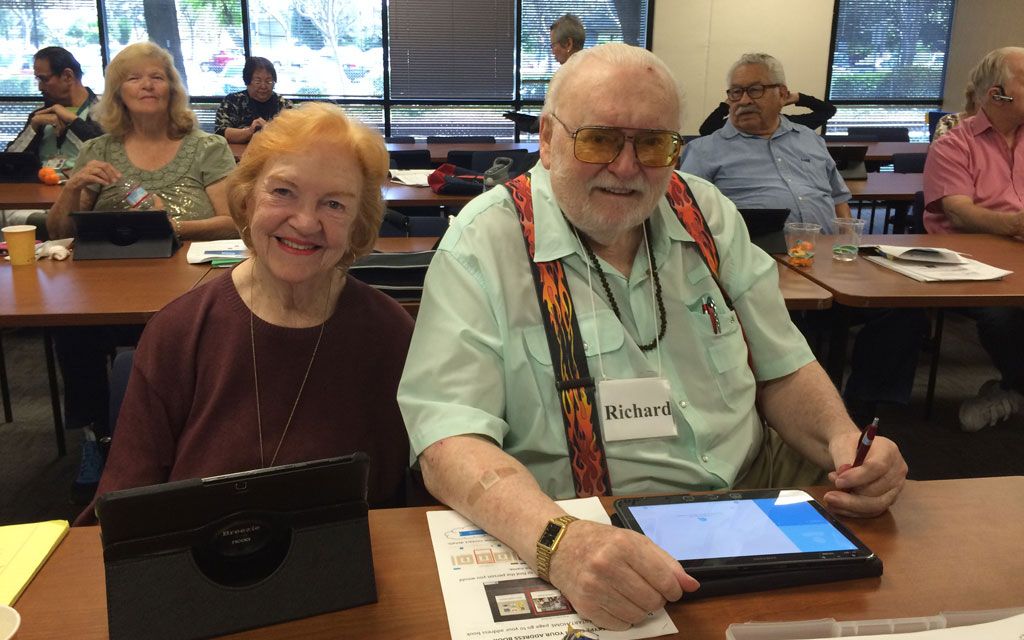 It’s never too late to learn—and that’s the attitude that inspired 50 Bay Area seniors to embark on an 11-month program to learn the ins and outs of using wireless technology. Since February, they’ve gathered every week both in the classroom and at home visits with instructors from The Health Trust organization in Silicon Valley, thanks to a partnership between the Verizon Foundation and National Council on Aging (NCOA).

Through the partnership, NCOA developed the digital Aging Mastery Program (AMP), an innovative program that demonstrates how wireless broadband can help improve the quality of life and ability for older adults. The program uses tablets, curated content, age-appropriate training, peer support and a senior-friendly interface for educational purposes. Verizon Wireless donated more than 255 tablets to the program, which is taking place in select cities across the country.

Two Digital AMP sessions were conducted in San Jose, Calif. earlier this year, and several participants and the instructor shared their experience so far with the program.

The class was Richard’s first “encounter” with technology. “I fought to adapt because I knew I would like it and want to buy every device,” Richard said. June, on the other hand, had a hand-me-down laptop from her grandson, so she already knew some of the basics, like writing an email and creating a Word document.

Richard and June are both really excited to learn as much as possible during the program. They recently learned how to use the Internet, of which June has been taking advantage to shop for new shoes—“I am in the market for new ones.” Richard said that while learning about technology is confusing, he’s enjoying it and can’t wait to start using his tablet to read books.

Before starting the class, Teresita felt frustrated with her lack of tech knowledge. Her daughters gave her a computer several years ago, but she could never quite figure out how to use it. Luckily, she has already learned a lot in class, like navigating the tablet and using Skype. “I really wanted to learn Skype so I could help my granddaughters talk to their cousins,” Teresita said. Teresita has found the class to be fairly simple and uses her time at home to discover things on her own.

For years, Serena had used a cell phone, but that’s pretty much it when it came to her experience with technology. She took the class so she could learn more about communicating with her friends through email and FaceTime, and using a digital calendar to keep organized. One of the things Serena was most excited about was learning how to download the Chinese version of the Bible. “It’s very cool,” she said.

Rudolph has always been interested in learning about technology, so when he heard about the program he signed up immediately. He’s learned quite a bit in the program and has been sending emails to his daughters and researching things on the Internet. “Everything I’ve learned so far has been very useful,” Rudolph said, “and I’m looking forward to what’s ahead.”

Cindy Tran, health living coordinator at The Health Trust, said, “The participants have progressed greatly over the last few months, and I am thrilled since many of them were hesitant about the class and were a bit overwhelmed at first. As they become more comfortable with using the tablet and features, they are eager to learn more. Some of the topics they’ve been most interested in are Skype, email, Google Maps, Facebook, Pandora and searching for information online.”

The program will run through the end of 2015. For more information on how the Verizon Foundation gives back to the community, please visit: http://www.verizon.com/about/verizon-foundation/.