“We combined two 5G carriers and established a new world record by reaching speeds of above 2.92 Gbps in our live 5G test network,” said Yusff Kirac, Turk Telekom’s CTO. “We are also the first operator to experiment with the 5G New Radio Carrier Aggregation Technology (C-Band NR Carrier Aggregation), which doubles the 5G link speed. Türk Telekom will continue to lead the development of all new generation technologies that our country needs in the future, as we do today.” 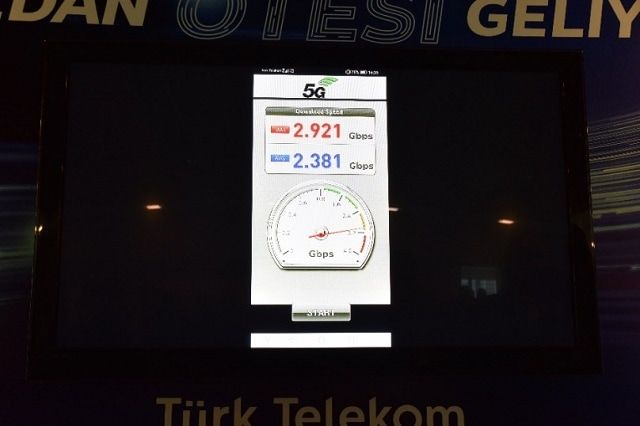 “We have reached unprecedented speeds thanks to this technology, which provides many benefits for users and operators,” said Kirac. “The high speed and large capacity targets promised by 5G technology have been achieved.”

Simon Pei, Deputy Country General Manager of Huawei Turkey, said: "In today's test, what we have achieved is not only a record in Turkey but also a world record for 5G speed. Based on C-band 200MHz IBW and 2CC Carrier Aggregation technologies which only Huawei products can support, the test was performed in Türk Telekom’s test network with Huawei 5G commercial network equipment. Huawei and Türk Telekom used innovative pure 5G NR Carrier Aggregation technology which substantially allows higher data speeds, increased capacity and wider spectrum. Huawei will continue to work with Türk Telekom to bring customers more market-leading commercial 5G applications in the future and support the digitalization of Turkey."