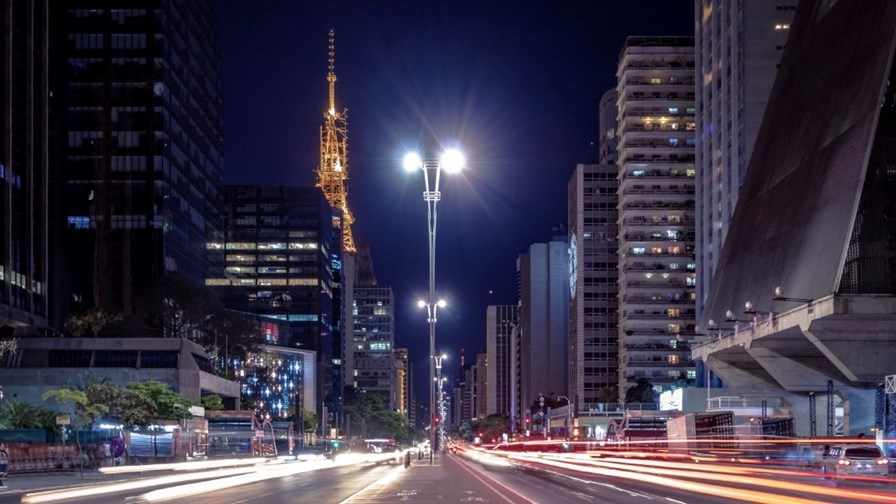 As mobile operators densify their radio access networks to put 5G’s capabilities to their full use, ‘street furniture’ – in particular street lighting infrastructure – is set to play an increasingly important role in enabling that, as well as providing lots of other smart city/IoT capabilities.

Using street lights as a way to deploy wireless access infrastructure is not new, but it’s also not that widespread, and is only just starting to play a role in 5G expansion plans. As it happens, this development comes at a time when cities are increasingly deploying more efficient LED lighting infrastructure that is well suited to housing smart city-enabling technology, including small cells and Wi-Fi access points.

There are already street lamps designed to house 4G and 5G antennas in the US (in Scottsdale, Arizona, and San Antonio, Texas, for example, reports CNN).

In Europe, Telefónica Deutschland (O2 Germany), in collaboration with energy services company Mainova, has recently deployed a 5G streetlight in Frankfurt am Main. “It reliably supplies its surroundings with 5G throughout the day and also provides light during the hours of darkness using highly efficient LED technology… In the future, real-time applications such as connected driving can also be realised with 5G at such locations,” notes the operator in this announcement.

“On the way to our 5G full coverage of the population by the end of 2025, we are investing massively in network expansion throughout Germany. In doing so, we are also focusing on innovative initiatives and solution approaches that accelerate the targeted roll-out of 5G in Germany," stated the operator’s CTIO, Mallik Rao. "The first 5G street light in Frankfurt am Main is a smart approach that sensibly combines two infrastructures that are needed in urban environments anyway and makes efficient use of the scarce space in densely built-up areas,” he added.

The street light structure was deployed by Mainova subsidiary SRM Straßenbeleuchtung Rhein-Main, which developed the lighting structure with G&G Stadtsysteme, which says the deployment in Frankfurt am Main is the first 5G street light in Germany. Such infrastructure will become strategically important as operators such as Telefónica Deutschland densify their networks: The German operator says it began accelerating the deployment of its 5G radio access network in October 2020 and aims to cover 30% of the German population with 5G by the end of the year, 50% by the end of 2022, and 100% by the end of 2025. It plans to introduce 5G Standalone deployments from mid-2022. Read more.

The Telefónica Deutschland example is an interesting one, as it highlights the potential areas of opportunity and tension in the 5G networks sector in the coming years, as all mobile operators will likely want a piece of the street light action, and if they can get it on an exclusive basis and with hassle-free installation and management then all the better. So the race to lock down the best partners in terms of street furniture assets, passive infrastructure and most suitable small cells is on.

And it’s clear there’s a real scramble for control in the smart lighting infrastructure market too, as there have been two recent acquisitions in what is a very specialized sector: In early July, Signify (formerly Philips Lighting) acquired Telensa, which develops wireless monitoring and control systems for smart cities that use unlicensed spectrum. And this week, smart city integrator Quantela (which describes itself, seemingly without shame, as an “outcomes-as-a-service forerunner”) announced the acquisition of CIMCON Lighting, “a leader in smart lighting and smart city technologies.”

And, of course, that means specific development work too for the radio and edge computing vendors, something that has been underway for a while too. For example, Ericsson and Philips (as it was then but which is now, as mentioned, Signify) teamed up more than seven years ago to integrate LED street lamps with mobile access technology, resulting in the Ericsson Lightpole Site product.

Meanwhile, Radio Frequency Systems (RFS) has clearly identified the need for new designs for distributed 5G access nodes, particularly in this blog, and has some products in development for launch in the coming months that combine street lighting with mobile access elements.

And Ligman Evolve, a leading smart street pole manufacturer, is collaborating with open network solutions vendor Edgecore to “simplify the deployment of communications and sensor networks in the Connected City” using the Telecom Infra Project (TIP) Street Smart module specification, which addresses the need for a “chassis in the street – a shared physical and communications infrastructure built on street assets such as street lights, traffic lights, bus shelters and digital signs – through which multiple services can be offered by multiple tenants while blending into the city streetscape.”

The good news, too, is that regulators are slowly making the deployment of such systems easier for municipalities and other authorities: According to TIP, “both the US, under the FCC’s small cell order (FCC 18-133), and the European Union, under Directive 57 of the European Electronic Communications Code (EECC), have created a framework for small cell deployments on city-owned assets, and other countries will no doubt follow suit.”

And there’s plenty of opportunity to get assets deployed in cities across the world: According to a Northeast Group report, there are 326 million streetlights worldwide, growing to more than 361 million by 2029, by which time 73% will have LED lights and 23% will be ‘smart’ streetlights capable of housing communications technology and enabling connectivity. “Cities and utilities with smart streetlights are now exploring ways to both improve urban efficiency (through smart parking, environmental sensors, waste management, and other applications) and increase revenue (through licensing agreements with telecommunications operators, monetizing urban data collection, and other initiatives),” notes Northeast.

All of this points to a likely surge of activity in the smart city/5G street furniture sector in the coming months and years – keep an eye out for further news and analysis on these developments.