S’more to love across all your screens

From your watch to your phone to your TV, we want to help you stay connected, entertained and informed across all your screens. Today we’re introducing a few new things that do just that: two Nexus phones, a tablet for work and play, updates to Chromecast and features for some of your favorite apps—all working together to make your day a little bit easier and more fun. 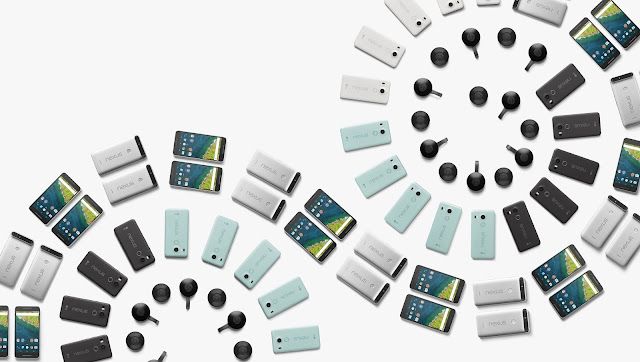 We made Android to be an open platform that anyone can build on, and today there are 4,000+ Android devices in all shapes and sizes. Android’s diversity is why it’s become the most popular mobile platform in the world, and the latest version, Marshmallow, takes Android to a new level of performance.

While we love all the Android devices out there, every year we build Nexus devices to show off the latest and greatest, directly from the people who built Android. Today we’re introducing the latest Nexus treats, both running Marshmallow, sweetened by amazing apps and sandwiched by some cutting-edge hardware (see what we did there?): 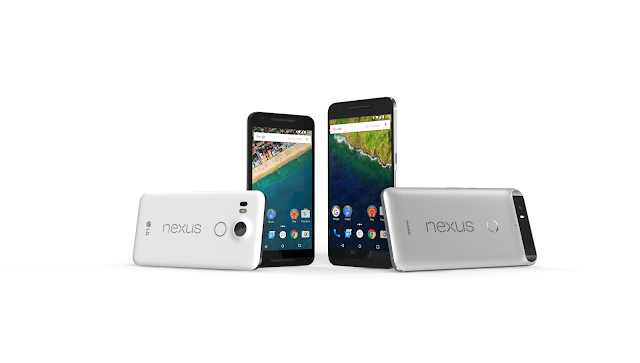 We’re expanding the Pixel family by introducing the first Android tablet built end-to-end by Google. The Pixel C brings together the benefits of a full-size keyboard with the portability of a tablet. The tablet and keyboard attach magnetically (no docking mechanism FTW), so it’s easy to switch between typing and using the touch screen.

And if you’re familiar with the Chromebook Pixel, you’ll immediately see the family resemblance: the Pixel C has the same beautiful aluminum design, great display and USB Type-C port. The Pixel C will be available in time for the holidays on the Google Store.

Cast ALL the things

Today we’re introducing two new Chromecast devices. The new Chromecast has a fresh design, and is easier to plug into TVs with crowded ports. It supports the latest Wi-Fi standards and adapts more easily to changing Wi-Fi conditions in your home, so you get higher quality video with less buffering. Most importantly, we added two new colors. ;)

Chromecast Audio is a small device that plugs into your existing speakers, so you can stream your favorite music, radio and podcasts over Wi-Fi, similar to Chromecast. It works with tons of apps, including Spotify, Pandora and Google Play Music. Just like Chromecast, it works from anywhere in your home with your favorite devices, including Android, iOS, and laptops. And it’s available on the Google Store and other online retailers for just $35—way less than most Wi-Fi speakers today.

We’ve also updated the Chromecast app to make it easier for you to find great things to watch or to play, across the thousands of apps that work with Chromecast—whether you feel like browsing or want to search for a specific TV show or movie. For Cast-enabled apps that aren’t already on your phone, we’ll suggest one for you. The updated Chromecast app is rolling out on Android and iOS over the next few weeks.

Your favorite apps... for the whole family

All your shiny devices get even better when you have great apps to go with them. So we’re making a few updates to Google Play Music and Google Photos.

First, Google Play Music will offer a new family plan later this year. Up to six people will be able to use one account for a shared fee of $14.99 a month (instead of $9.99 per person). Get the dance party ready.

Sharing is a theme of today’s Google Photos updates, too. We’re adding Chromecast support to give you that old-school slideshow experience—dimmed lights optional. In the U.S., you can now add private labels to your photos to make it easier to search for specific pics of people with things, places or other people—say, that photo of Mom at the Grand Canyon, or of your daughter with her pet bunny. And soon you’ll be able to pool all your photos and videos with friends and family in one place, and get updates as soon as new photos are added. Best of all, there’s no setup involved, and you can use any device. So that dance party we mentioned earlier? Now it’s easier to gather all the memories from everyone who was there.

More to love, for more people

From Nexus to Chromecast to Pixel C to Photos, these updates are more than the sum of their parts—they unite great apps with devices that are designed to support them. They’re built to work together, so they do —seamlessly, across all your screens. 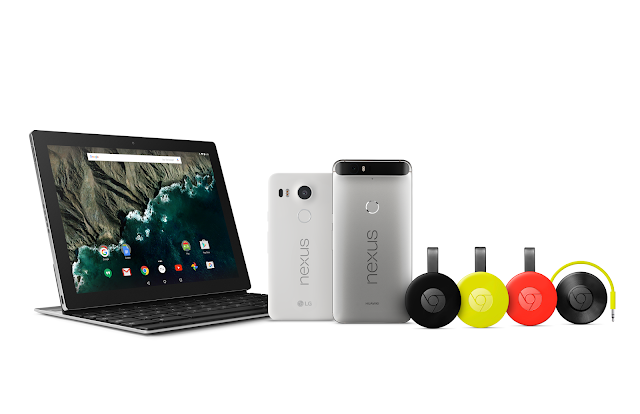