Race to 5G: And the winner is... South Korea 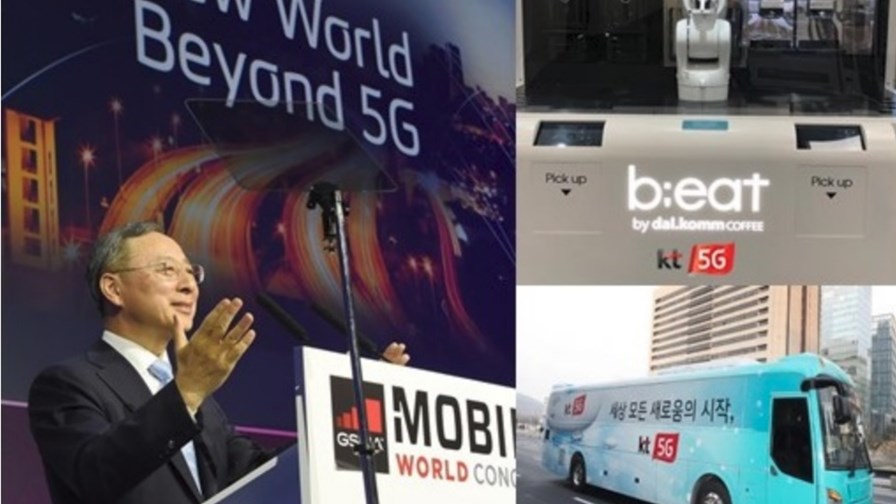 KT Corporation (formerly Korea Telecom), is South Korea’s largest telecoms company. Today KT Chairman, Hwang Chang-Gyu, spoke of transforming his company into an Intelligent Platform and he announced that the full launch of its wireless network would occur next month.

As long ago as the PyeongChang Winter Olympic Games in February 2018, KT demonstratied what it claimed was the world’s first 5G trial service. Then in December last year  it actually held a ceremony to commemorate the start of its commercial 5G network, after the first phase of the network was deployed  in the greater Seoul metro area  the month before,

Plans are now under way to to expand the nationwide 5G network to 24 major cities, key transport routes such as expressways, subways, high-speed railways, large universities and neighborhood shopping areas. Once deployed, KT says it will focus on the development of five key areas: smart cities, smart factories, connected cars, 5G media and the 5G cloud.

GiGA Live TV is a wireless network-based, next-generation service that does not require separate terminals such as a smartphone. Bus passengers could experience high-quality immersive media services from GiGA Live TV, which are available through a 5G mobile hotspot (MHS) catching signals from nearby base stations.

“South Korea is leading the new 5G world,” Chairman Hwang said at the World Economic Forum Annual Meeting held in Davos, Switzerland last week. “The new 5G network’s ultra-connectivity and ultra-low latency will greatly contribute to human welfare not only in Korea, but also around the world.”

He claimed that KT intends to share its expertise in 5G with the rest of the world. This, he  believes, will accelerate the commercialisation of next-generation wireless connectivity. Share Donald, share.