Over one million new mobile internet users added per day 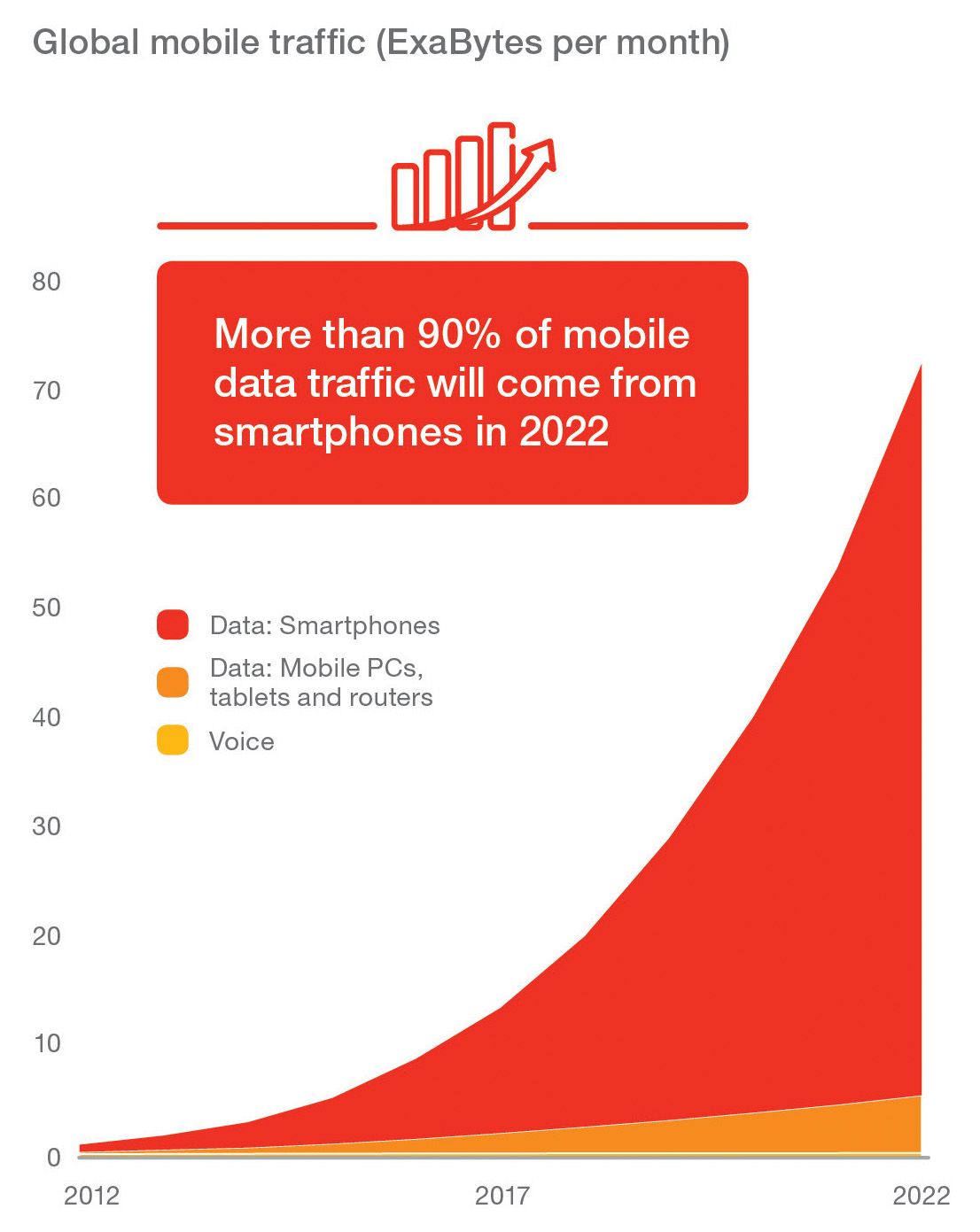 This traffic is the equivalent of:

For the next six years, nearly 2.6 billion new subscribers will be added to mobile broadband networks - enough to fill a European championship soccer stadium (with capacity of 50,000) 20 times each day. As many people went to Times Square in New York to welcome in the new year for 2017.

The latest collection of statistics about the growth of subscribers and data traffic in mobile networks is presented in the June edition of the Ericsson Mobility Report. It shows the highest year-on-year mobile data growth globally since 2013, led by massive growth in India, and highlights the underlying need for mobile data.

"Based on measurements made in hundreds of mobile networks, the Ericsson Mobility Report data truly illustrates the tremendous underlying growth in the industry. 4G subscriptions are increasing faster than ever, Voice over LTE uptake is accelerating and traffic growth has reached levels we have not seen since 2013.

"I am particularly excited to see the industry's major steps to progress network evolution, including the approval of the Non-Standalone 5G New Radio (NR) that will enable early 5G deployments. According to our forecast, we anticipate that this will lead to more than half a billion 5G subscriptions and a population coverage of 15 percent by 2022."

On industry trends, the Mobility Report features articles on Internet for all, massive IoT coverage in cities and remote operation of vehicles with 5G.

In 2018, LTE (4G) will overtake GSM as the largest access technology by number of subscriptions. The speed with which this technology has been rolled out and adopted is unprecedented. It has taken only five years for LTE to cover 2.5 billion people, compared to eight years for WCDMA/HSPA, or 3G. In the first quarter of this year alone, 250 million new LTE subscriptions were added.

While LTE uptake is driven by demand for improved user experience and faster networks, 5G deployment will also be driven by the need for enhanced mobile broadband capabilities as well as industry solutions for efficiency and automation. 5G will be the one network to support a diversity of use cases. More than half a billion 5G subscriptions are expected to be activated by 2022, not including IoT connections. 5G is then expected to cover around 15 percent of the world's population.