Legere says his merger with Sprint will see thousands of jobs retained... 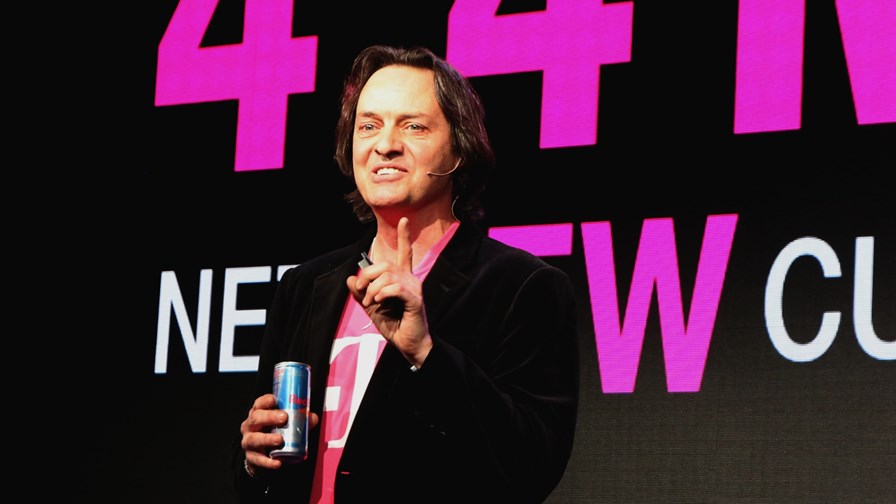 Last year US  2nd and 3rd ranked telcos agreed a $146 billion merger which, T-Mobile’s amusing CEO, John Legare, said would not only equip what was to be called T-Mobile with the firepower to effectively compete with rivals AT&T and Verizon, but would also usher in a kinder, trendier, go-ahead sort of ‘un-carrier’. This new un-carrier giant could do all the un-bad things Legare has long championed while eshewing all the un-good policies and behaviours he has long ascribed to his competition.

Both managements assured all (especially the regulatory authorities in the US), that the merger would certainly not result in layoffs. Neither would it result in higher prices for customers. What it would actually result in was a supercharged combined entity able to roll out 5G at a greater pace than the two merged parties would otherwise have been able to accomplish alone and secure America’s place as the leader in 5G.

Oh, but that didn’t mean that the two telcos wouldn’t go after 5G with an equal amount of vigour were they not to be merged.

Clearly there were a couple of glaring holes in this vision. The idea behind just about any merger is that you end up with a combined organisation that can be made more efficient by consolidating assets and personel  and squeezing out the surplus from both, leaving the new entity with lower costs. Given what we all know about telco strategy in 2019, even those telcos contemplating a challenging future without any merger on the horizon, are looking to radically trim their  costs using new network and operational technology to chase “zero touch” operations.

In fact aiming at zero touch or at least drastic reductions in operational personel is usually seen as a ‘must’ - even a survival strategy in a world of lowering revenues and rising costs.

Cost squeezing (layoffs) is the real name of  the game

Then, those un-rising prices for consumers. The history of four to three operator consolidation in Europe has nearly always (I put the ‘nearly’ in there just to be safe) resulted in price rises for consumers - indeed the ability to raise prices in a three carrier market with no challenger network making life difficult, is often openly espoused as a merger’s main benefit (to the telcos concerned) which is why they are generally frowned on.

So somehow, in the T-Mobile universe, these realities have become un-realities.

Legere, unburdening himself in one of his recent blog on the matter as the merger faces a rising tide of opposition from regulators, politicians and the public, wants to be really clear about how his opponents are getting “REALLY creative in their claims.”

“This merger is all about creating new, high-quality, high-paying jobs, and the New T-Mobile will be jobs-positive from Day One and every day thereafter. That’s not just a promise. That’s not just a commitment. It’s a fact. To achieve what we’re setting out to do – become the supercharged Un-carrier that delivers new value, ignites competition and delivers nationwide real 5G for All – the New T-Mobile will provide an amazing and compelling set of services for consumers. There is no doubt that growth will result from that. If we build it, they will come.”

So that’s alright then

Legere is counting on a 5G investment boost that will enable the new T-Mobile to spin up a host of new services and win a new cohort of enterprise customers to the cause. It will be so successful that not only will prices be able to stay as they are for mobile broadband customers, but the expansion of the business means that employees squeezed out when old jobs go can be redeployed in new jobs as the new services expand.

He says the merger will create nearly 5,600 new American customer care jobs by 2021. And New T-Mobile will employ 7,500+ more care professionals by 2024 than the standalone companies would have.

“The New T-Mobile has committed to invest nearly $40 billion in network and business expansion over the first three years alone. That’s a massive amount of money invested in an incredibly short amount of time. We’ll use these resources to focus on rapidly building out our nationwide 5G infrastructure to ensure America’s leadership in the 5G era. At the same time, we’ll be building out our customer care resources to support new customers, growing our retail footprint, especially in rural America, and expanding into new businesses.”

If the merger is flagged through we’ll be watching closely to see how the magic un-folds.