It's official: 5G more important than death by hurricane 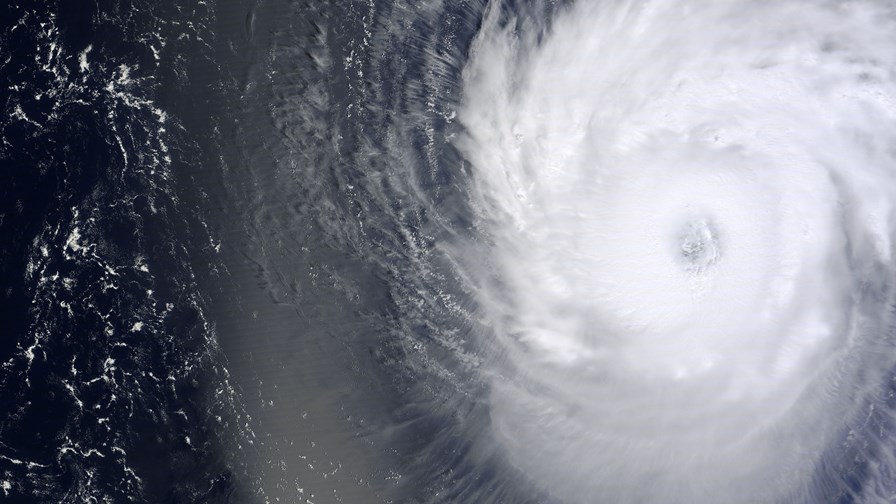 The GSMA has focused its deep-pocketed lobbying effort on its biggest and most daunting opponent yet: nature.

Ahead of October's World Radiocommunication Conference 2019 (WRC-19) in Egypt, the industry association has warned that $565 billion of economic expansion is at risk unless world leaders agree to allocate sufficient higher-band spectrum to mobile services.

The only problem is that pesky water vapour, which emits an electromagnetic signal in the 23.8 GHz band. Weather sensors are employed to detect vapour and use the data to track and predict how storms develop.

Telcos want to use as much of the adjacent bandwidth as possible, insisting there is no risk of interference with weather instruments and that arguments to the contrary are scaremongering.

It's the ultimate showdown. On the one hand you've got the interests of the multi-trillion dollar telecommunications industry; on the other, you've got a bunch of know-it-alls who want to – get this – give people ample warning that they and all their possessions might be scrubbed off the earth in the blink of an eye by an unrelenting tempest.

Of course, if you're the GSMA, it would not do well to overtly go after weather forecasters. As such, they have been recast and lumped together as 'the space industry'. It's a cunning move and shows the importance of language. Compared to weather, space is much more ambiguous, and it's not like anyone really lives there. So if you look at it that way, the GSMA is just looking after honest, Earth-dwelling folks like you and me, instead of snooty space-obsessed billionaires like Elon Musk and Jeff Bezos.

"We can't let misinformation and the overly protectionist attitudes of the space industry derail the 5G revolution," warned Brett Tarnutzer, the GSMA's head of spectrum. "Over-stringent protection will limit the spectrum needed for 5G and have huge consequences for society. This could put the economic and innovation bonanza accompanying ultra-fast networks on hold for a generation."

Not accurately predicting the course of a hurricane can have some fairly hefty consequences for a society too. But at least we'll be able to livestream the destruction until it takes the network offline.

Apparently, mmWave holds the key to the economic prosperity of billions of people. Even though from what we've seen so far, mmWave is doing exactly what the laws of physics said it would do, which is to offer very high capacity but over very short range and not through solid objects.

It means that in order for mmWave to actually deliver on its promise, it has to be deployed as more of a hotspot solution in high traffic areas or for specific verticals. And we all know how long it's taking the industry to do anything more complex than a run-of-the-mill macro deployment.

The GSMA insists though that mmWave is destined for greatness. To drive home the point, it has released a new report (PDF) highlighting the impact that various applications of the technology will have on developing economies.

These range from coordinating the movement of goods through ports, and the remote control of mining equipment in Sub-Saharan Africa, to enabling distance learning and vehicle-to-everything (V2X) communication in Latin America and the Caribbean. Basically, the same stuff that LTE promised, but a decade late.

Hilariously, one of the examples cited in the report concerns disaster management in South and Southeast Asia and the Pacific Islands. Because why use spectrum to track and proactively mitigate the impact of a typhoon when you can use it to deal with the aftermath?

As Dr. Neil Jacobs of the National Oceanic and Atmospheric Administration (NOAA) testified to the US Congress' Subcommittee on Environment in May, 'the space industry' is worried that interference thresholds on the 24 GHz band proposed by the Federal Communications Commission (FCC) are not sufficient to protect water vapour detection systems.

The FCC suggests that an overspill limit of -20 decibels per 200 MHz should do the trick. Jacobs warned that this would cause a 77 percent data loss from NOAA's passive microwave sensors, which are used to detect water vapour.

"This would degrade the forecast skill by up to 30 percent. So, if you look back in time to see when our forecast skill was roughly 30 percent less than it was today, it's somewhere around 1980. This would result in the reduction of hurricane track forecasts' lead time by roughly two-to-three days," he said.

Jacobs advocated for an overspill limit of -50dB, which would reduce the risk of data loss to "roughly zero."

Anything between that and the FCC's threshold of -20dB would cause data loss "possibly large enough to prevent us from meeting our mission requirements with the future JPSS system." JPSS, or Joint Polar Satellite System, is a polar-orbiting environmental satellite system that measures atmospheric, terrestrial and oceanic conditions, including sea and land surface temperatures, vegetation, clouds, rainfall, snow and ice cover, fire locations and smoke plumes, atmospheric temperature, water vapour and ozone.

FCC chairman Ajit Pai insists that his agency's proposed overspill limits will protect weather detection sensors. And it is clear which way the GSMA is leaning.

However, this is 2019, where reasoned, respectful public discourse has been beaten to a pulp by inflammatory, balls-to-the-wall rhetoric. You can't expect to be taken seriously if people find out you actually listen to opposing viewpoints before offering a counterpoint. No, you have to take the unstoppable, shouty steamroller approach instead.

Hence you end up with nonsense like this from the GSMA's Brett Tarnutzer:

"The benefits of 5G are truly global and the outcome of this fight matters to us all."