If you blinked, you may have missed the latest UK 5G spectrum auction 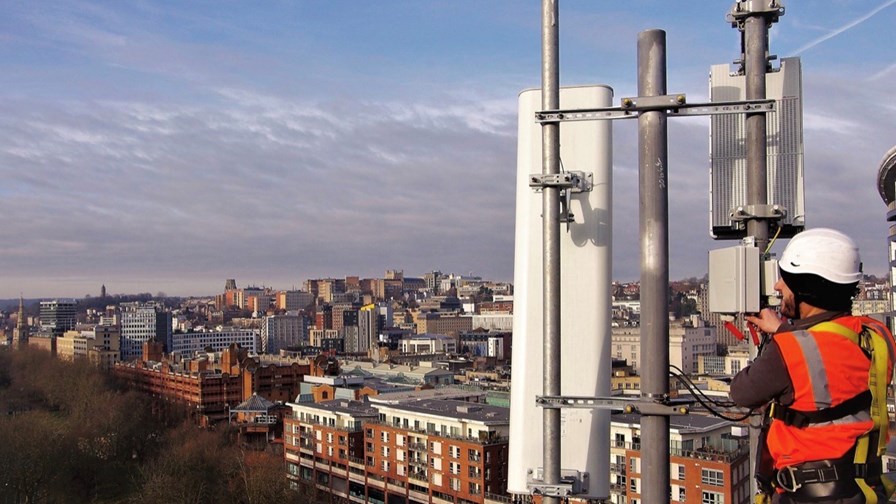 The latest auction of 5G spectrum by the UK regulator Ofcom was completed in just three days, with all four operators involved coming away with varying shares of the spoils and spending a total of just over £1.35 billion.

That total was less than anticipated, which spells good news for the operators. Investors were also happy the operators didn’t have to spend over the odds too: BT’s share price is up by 5% today to 150.5 pence on the London Stock Exchange, while Vodafone’s stock is up by 1.1% to 136 pence.

BT’s mobile business, EE, spent the most to get the spectrum it wanted, shelling out £452 million in total (see the table for exact assets). It’s particularly happy with the airwaves it bagged in the 700 MHz band: “The low frequency spectrum will help deliver quality indoor 5G coverage, from train stations to airports, shopping centres to business parks, while mid-range spectrum will help support our future efforts to deliver industry leading innovation,” it noted in a statement sent to the business media.

But it didn’t bid for any 700 MHz airwaves: CEO Ahmed Essam noted that Vodafone “avoided expenditure on low-band spectrum, where it is our strategy to re-farm over time our significant 900 MHz holdings to carry 5G traffic.” Vodafone UK has two 17.4 MHz blocks in the 900 MHz band. 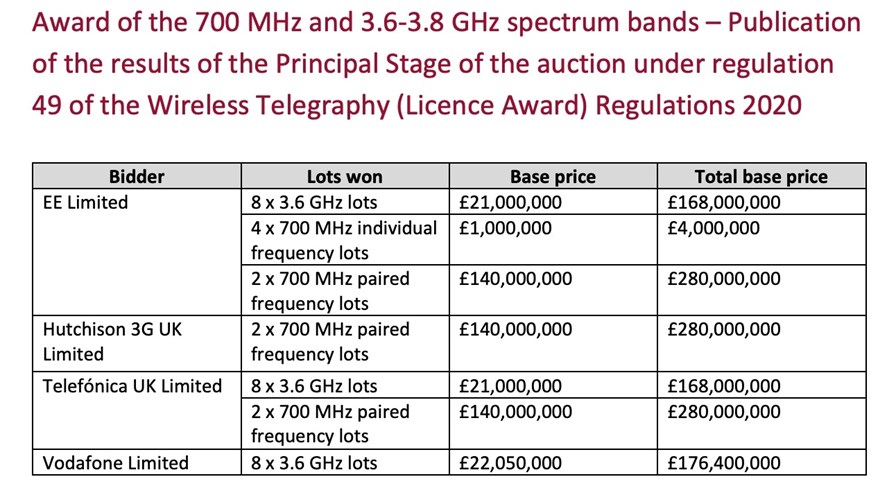 With the initial bidding over, the Ofcom process now moves into the ‘assignment’ stage, which “involves a single bidding round in which the companies can bid for the frequency positions they prefer for the airwaves they have secured in the principal stage.” Essentially, the operators will want, if possible, to line up their spectrum assets in each band so that it is ‘contiguous,’ in one block rather than fragmented in multiple slices across a band. “After submitting their assignment stage bids in the 3.6-3.8 GHz band, bidders will then have the opportunity to negotiate the frequency positions among themselves,” notes Ofcom.

This is the stage that might be less straightforward, notes industry analyst Paolo Pescatore of PP Foresight. “This spectrum auction has been relatively easy… the main process concluded so quickly as all providers were successful in securing the spectrum they needed. Expect to see some haggling behind closed doors in the assignment stage,” notes Pescatore, who hopes this new spectrum “can be used by the summer.”

He doesn’t expect the onboarding of new spectrum assets to change any of the UK operators’ 5G service strategies in the near term. “It’s highly unlikely we will see a change in approach to 5G deployment. To date, focus has been on cities and data-hungry locations for the rollout of 5G. This will continue, especially with those securing 700 MHz, which will be used for indoor coverage as well in the short term. Ultimately the operators will seek to leverage 700 MHz in rural areas in the future, but not immediately,” states the analyst.