During a keynote speech delivered at the Global Mobile Broadband Forum 2019, Ryan Ding, Huawei Executive Director of the Board and President of Carrier BG, noted that among consumers, households, and vertical industries, there is a real and urgent demand for 5G. Large-scale 5G rollout has begun worldwide, and according to Ding, carriers can monetize 5G by quickly developing services that can be immediately commercialized. 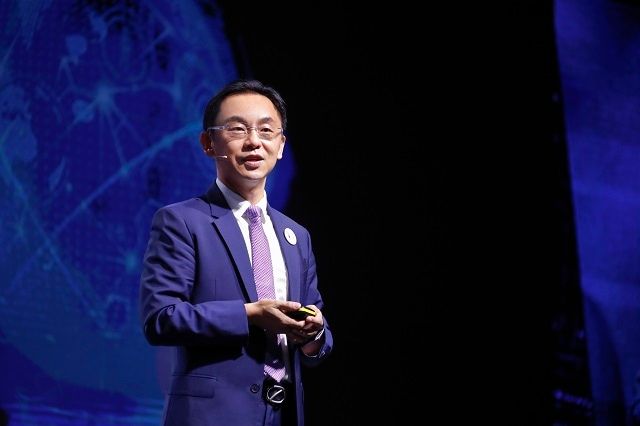 During his speech, titled "Making 5G a Commercial Success", Ding noted that in just one year, standards, spectrum, and devices have all become 5G-ready and that this has never been seen in past generations of mobile communications over the last 30 years.

In early 2019, South Korea became the first country to launch 5G services. Just months later, China also launched 5G services and is now on course to build 600 to 800 thousand 5G base stations by the end of 2020. Global carriers are racing to deploy 5G networks. So far, 56 carriers around the world have built 5G networks and 40 carriers have launched 5G services. Huawei has won more than 60 5G contracts and shipped over 400,000 5G active antenna units (AAUs).

According to Ding, services will be a major driver of industrial development in the coming years. He added that carriers can monetize 5G in the following three business areas:

In the consumer market, 5G's large bandwidth and low latency will take mobile broadband services to a new level. 5G will invigorate new services like AR/VR, live streaming, video, and gaming, offering a transformative experience that users are willing to pay a premium for. Carriers can also use new metrics as a basis for monetization, such as charging different rates for different latency tiers, and provide value-added content tailored to the local market. They can design attractive 5G service packages, attracting users to subscribe to 5G. This will be a win for both carriers and consumers.

In the home broadband market, bridging the digital divide and increasing broadband speeds is a must and also one business goal for the commercial deployment of 5G. In Europe, about 70 million households are currently either unconnected or underserved. Carriers can employ both fixed fiber and wireless fiber to quickly address the last mile issue in home broadband access. Huawei has helped many leading carriers provide a fiber-like broadband experience using 5G Fixed Wireless Access (FWA) to quickly meet the needs of households while bringing new growth opportunities for 5G.

In the B2B market, many industries are embracing 5G and expecting 5G to deliver guaranteed service performance as stipulated in SLAs and enable their digital transformation. As a business has a well-defined territory, service model, and business case for 5G applications, carriers can provide 5G capabilities (such as uplink and downlink bandwidth, reliability, end-to-end latency) defined in SLAs in a modular manner, to serve the needs of different industries. This also opens up a vast range of opportunities for carriers.

At the end of his speech, Ding told the attendees that "the best way to predict the future is to create it" and called upon carriers, regulators, vertical industry players, equipment vendors, and systems integrators to work together to build a thriving 5G industry.