HPE says the key to 5G is to get collaborative, and its 5G Lab is there to help 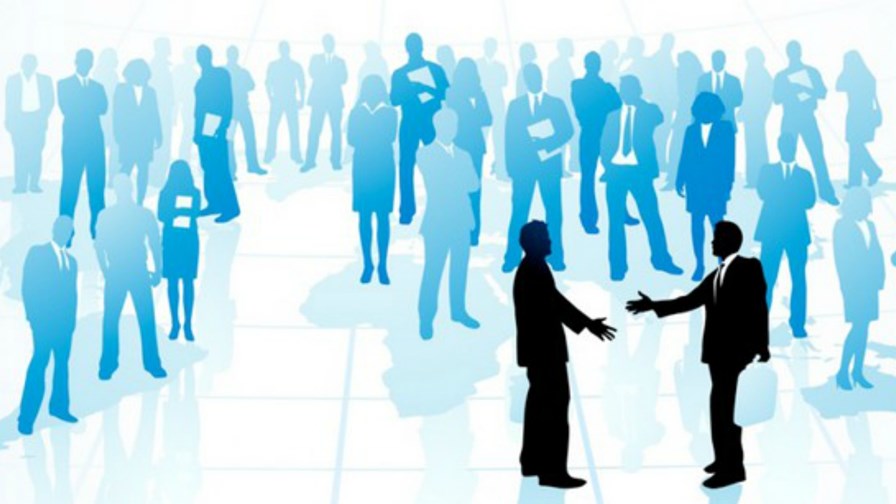 Hewlett Packard Enterprise (HPE) today unveiled its HPE 5G Lab. The lab is there to provide a test and development facility where telcos and equipment partners can work on validating and integrating their 5G offerings.  HPE says this option should help them to speed up the whole 5G adoption process and have telcos access new revenues faster by getting hands-on experience with the latest 5G innovations in a live test environment. It claims to have already gained support from key industry players such as Affirmed Networks, Casa Systems, Intel, JMA Wireless, Metaswitch, Nokia, Openet and Red Hat.

I say I can’t help wondering if the Huawei situation has influenced HPE’s thinking at all? I asked Domenico Convertino, VP Product Management, HPE CMS, if the lab idea was a way to validate and assist the idea that big soup-to-nuts vertically integrated outfits like Huawei along with Ericsson and Nokia are no longer the best direction. Now (given a few years or so) the industry could favour disaggregated technology which could be curated into shape by a big player like HPE? That’s something the US administration might find attractive.

Domenico says he doesn’t think the situation with Huawei has directly influenced HPE’s approach at all.

But, he says, it’s now being understood that moving ahead with cellular is not just a question of driving through the next iteration of technology.

The industry, he says, needs to think of 5G as a trigger for change. “We can’t see technology as we did in the past. So it can’t just be another ‘G’ to be standardised and rolled out.”

In other words,5G can’t be seen as just a series of knotty technical challenges to be overcome. To be successful 5G has to become a framework which grants us ”the ability to collaborate with other companies rather than pretending to build a complete value chain inside our own company. “

That change of approach is the most important element with 5G, not the technologies that may or may not come along for the ride, Domenico implies.

The 5G Lab is there to contribute to the creation of that open ecosystem and give everyone the possibility to test  out their applications and components, he says.

“The culture is different today.” The idea is not to have the old sort of ecosystem “with HPE leading and then a number of partners who are in agreement with HP and who have signed a partnership programme.

“We already tested those ideas with NFV four or five years ago. It worked very well at the beginning because there was the possibility to create some interoperability, but that kind of set-up does not nurture innovation,” he says.

So what did HPE’s NFV experience teach it?

“The big lessons that we learned with NFV is that we needed to go beyond the technology to be the catalyst for innovation across the whole value chain, including the applications. “

He says that  the way it should work is that you don’t get to boss an ecosystem. You have ‘peers’ in a technology and information sharing arrangement. That gets you beyond the technology detail and straight into the innovation itself.

That’s the plan. But there’s still a lot of technology to be organised and some big ‘peers’ to engage with to get close to that goal.

“Despite multiple successful deployments, doubts still persist about the ability of open 5G technologies to truly replace the old way of building networks,” says Phil Mottram, vice president and general manager of Communications and Media Solutions at HPE.  “With the launch of the HPE 5G Lab, telcos, solution vendors and national stakeholders can test innovative new solutions with confidence and ensure that they are ready for mass adoption.”

For full detail of the lab launch see HPE’s announcement