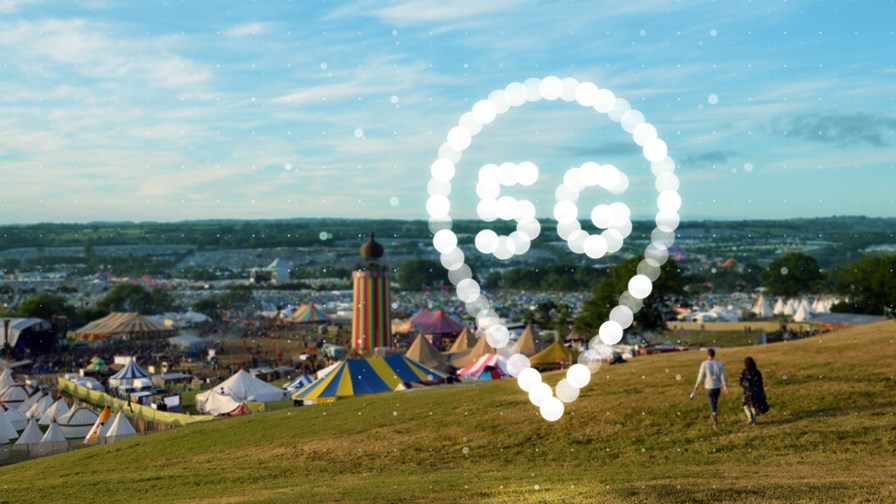 UK mobile operator EE (owned by BT) says it’s basking in its status as technology partner to the Glastonbury Festival for the sixth year, by bringing a “State of the art 5G network to be installed at Worthy Farm (the festival’s rural venue) in a landmark trial making Glastonbury the UK’s first 5G-connected Festival.” Except of course it isn’t really. It’s a 4G and Wi-Fi connected festival with a 5G ‘trial’ component feeding some WiFi access points around the outdoor venue.

The press release is a masterclass of careful wording and the conflation of two separate things. On the one hand there’s an “award-winning network that will trial 5G mobile technology at Worthy Farm.” This, it says, “will make Glastonbury the UK’s first 5G-connected festival.”

Then there’s the 4G masts EE has set up to “once again bring the most powerful 4G network seen at any UK event to the 900-acre Somerset site.”

“To keep festival goers connected throughout the weekend, EE will be installing five temporary masts across the site to add to the permanent site at Worthy Farm, broadcasting 2G, 3G, 4G and 5G for the first time. Festival goers will have the opportunity to try out the brand-new 5G network technology for themselves via 5G-powered WiFi, ensuring that sharing those electrifying festival moments will be made easier than ever before.”

There’s a bunch of other EE features to be sampled at Glastonbury this year including recharging facilities and a downloadable app.

But the whole lot is buried in a welter of stats designed to reinforce the notion that festival goers will be overpowered by 5G wonderfulness.

“In 2017, a whopping 54 terabytes of mobile data was used over the festival weekend by Glastonbury goers sharing pictures and videos of their festival memories, streaming content and keeping up to date with events away from the festival. EE predicts this figure will once again skyrocket with a 40% increase compared with 2017, to more than 70 terabytes of data, equivalent to 784 million Instagram posts or 19 million downloads of Pyramid Stage headliner Stormzy’s ‘Shut Up’. Ooh Oooer.

If you thread your way carefully through EE’s text you can disentangle it all. But if you are a  non-tech reporter it’s easy to walk right into the trap and conclude, not unreasonably, that festival-goers will be experiencing 5G.

And they have. Just about every relevant story in today’s newspapers features something like the following: “EE has said it will install five temporary masts across the Worthy Farm site, which will enable festival-goers to connect to 2G, 3G, 4G and for the first time 5G networks.” Er no. It’s Wi-Fi, which I’m sure you’ve experienced already.