German telcos get serious with 5G 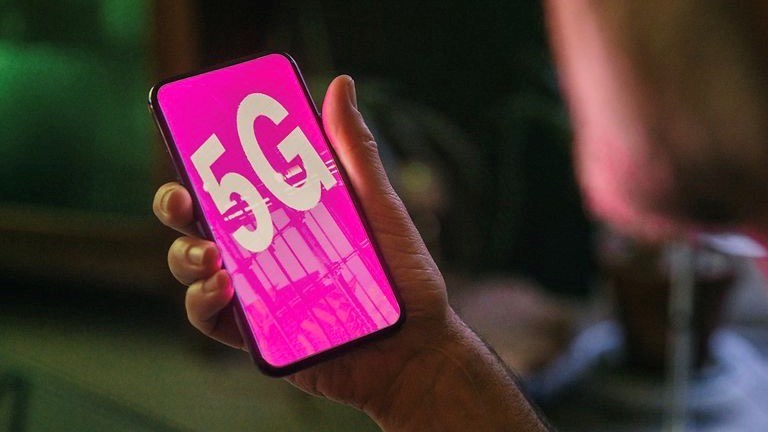 Two years after the close of Germany's high-spending 5G auction, the country's telcos have stopped complaining about the price of spectrum and are instead talking up their network rollouts.

Deutsche Telekom and O2 Germany (Telefónica Deutschland) have both shared new figures on the status of their ongoing 5G network rollouts in Germany in recent days. The numbers themselves are not particularly exciting, but these regular network updates from the telcos serve as a further indication that the race for coverage in Germany is well and truly on.

The incumbent operator trumpeted its latest 5G milestone, noting that it now has 1,800 antennas running 5G in the 3.6 GHz band, having recently added new locations across the country.

It puts its overall 5G coverage – including the 2.1 GHz band – at 66 million people, or 80% of the population, thanks to 50,000-plus antennas. Its goal is to hit 90% population coverage by the end of the year, with an additional 10,000 antennas deployed. It will be aided in reaching this target by switching off its 3G network at the end of this month and refarming the frequencies for 4G and 5G.

"Every second smartphone that we currently sell is already 5G-capable," said Markus Haas, CEO of Telefónica Deutschland, in a statement that went on to extol the virtues of 5G, particularly as a driver of Germany's digital future.

O2 said the coming months will see it employ a broader range of frequencies to boost its 5G offer, including rolling out 5G over 700 MHz and using DSS (Dynamic Spectrum Sharing) technology. It also noted the upcoming launch of 5G standalone, following on from an announcement last month in which it shared details of its progress in carrier aggregation, which it expected to lead to a standalone launch this summer.

As it stands, O2 is running a 5G standalone core from its Munich data centre and expects to bring more data centres online in the coming weeks, with plans to launch services "as soon as 5G standalone brings real advantages for the mass market," it said.

Vodafone is leading the way when it comes to 5G standalone in Germany, having commercially launched in April; Deutsche Telekom is still carrying out trials. When it shared its latest network update a couple of weeks ago, Vodafone said it is activating an increasing number of sites on standalone 5G, but did not provide actual numbers. The telco's so-called network offensive will see it carry out 3,000 5G network projects, activating 9,000 antennas for 5G, in the year to the end of March 2022. Vodafone's 5G network coverage stands at 25 million people and it is aiming to hit 30 million by the end of the calendar year.

The timing of the announcements from Deutsche Telekom and O2 is clearly not coincidental, coming almost exactly two years after Germany's controversial 5G spectrum auction drew to a close, raising €6.5 billion. The controversy stemmed from the structure of the auction that led to the winning bidders spending much more than they might have done, or so they claimed at the time...and for some time afterwards.

But now the complaining has stopped and the operators are making real progress in rolling out 5G networks. And they are keen to tell the world all about it.